A History of Voter Fraud and Rigged Elections 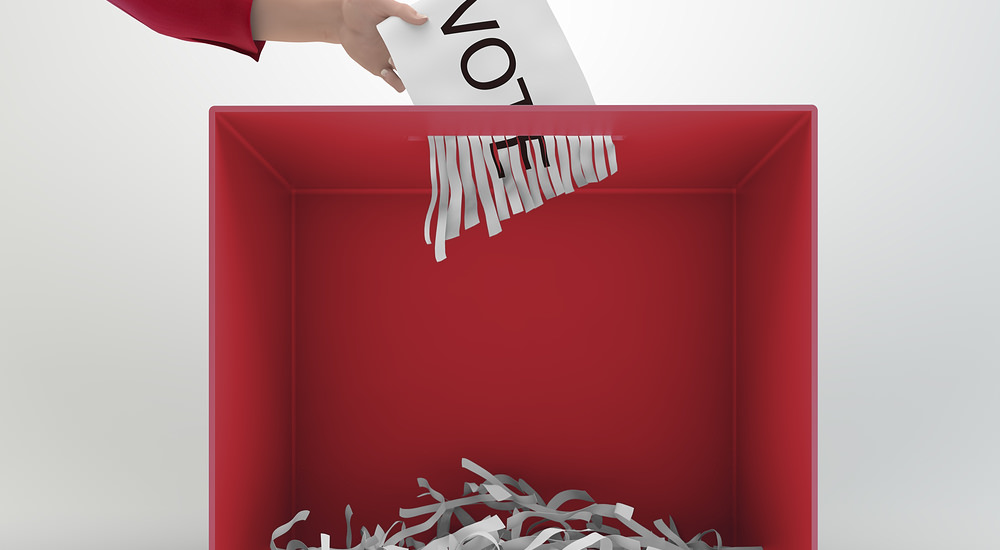 People are worried about election fraud, and they should be. Ballot stuffing may be a thing of the past, but it has been surpassed by electronic tampering and illegal voter registration. In some cases, dead people have been known to vote several times for Democrats, especially around places like Chicago. However, the problem is not limited to large cities. When Obama was elected the first time, my mother received my father’s voter registration card in the mail. It was addressed to the residence where my father lived in 1995. The postman recognized the name and delivered it to my mother’s address. Incidentally, my father passed away in 1995 and could not have registered to vote in the 2008 election. Although there were massive accounts of voter fraud, the media refused to report it.

Moreover, the media is nothing more than a propaganda machine. The corporate establishment controls both political parties and the media propaganda machine as well. If we can’t believe the average millionaire politician, then why in the world would we believe their accomplices in the media? The system is rigged to keep the same corrupt politicians in office. The two parties are opposite sides of the same coin and there’s no fundamental difference between them other than phony rhetoric. It is nothing more than an illusion to make people think there’s fundamental differences between the two parties. They criticize each other to create the illusion that they oppose one another; however, both parties, be it left wing or right, are attached to the same bird.

In Tragedy and Hope, Carroll Quigley more eloquently stated: “The argument that the two parties should represent opposed ideals and policies, one, perhaps, of the Right and the other of the Left, is a foolish idea, acceptable only to doctrinaire and academic thinkers. Instead, the two parties should be almost identical, so that the American people can “throw the rascals out” at any election, without leading to any profound or extensive shifts in policy.” As Quigley alluded, there’s really no difference between the two.

In addition, the Republicans campaigned on repealing Obamacare and won, but they refused to keep their promise. Obama promised to revisit NAFTA in his first campaign and quickly forgot that promise after he was elected. They tell us what they think we want to hear and promise anything just to get elected. Once elected, it’s business as usual and we the people do not matter – until the next election. The politicians never really intend to follow through with their promises, and that should have been obvious after the last election when the Republicans reneged on their promise to repeal the unconstitutional healthcare bill. They fear that Trump, an outsider and nationalist, will keep his promises..

They also fear the precedence that would set. They fear that the people may even try to hold them to their promises. As a result, the Republicans and the Democrats are both at Trumps heels, barking with Hillary like a pack of mad dogs, criticizing Trump every chance they get. Some Republicans have said they will not support or vote for Trump even though he won the Republican nomination. Only a short time ago, the same Republicans were on the media pledging to support the Republican nominee no matter who won. They also insisted that Trump make the same pledge. They made a big a deal out of it in the media.

Ironically, the same Republicans, who insisted that Trump take their pledge, refused to honor their pledge after Trump won. A pledge is a man’s word or his solemn promise, and if he breaks that solemn promise, his oath, then he isn’t honest or trustworthy. If both parties have already shown that they can’t be trusted to honor their own promises, why should anyone believe them when they take an oath of office? Isn’t an oath a promise? Why would they keep their oath of office? It certainly wouldn’t be wise to trust people who make promises and consistently refuse to honor their promises.

Obviously, the oath breakers, professional politicians, support Hillary and share her modus operandi because, like Hillary, they will say anything to get elected. If the truth were told, there’s only one party in this country and that’s why the elections are fraudulent. For those of you who supported Bernie, you should know by now that the system is rigged, and Bernie never had a chance. It was nothing more than a sideshow because the winner had already been chosen for you. If Bernie’s supporters are smart, they will go against the establishment and vote for Trump. If they want more of the same old corrupt government, then go for Hillary.

As for rigging the general election, electronic voting apparatus makes it much easier to rig an election than ever before. Electronic voting machines and ballot scanners are easy to rig. Software can be written to override a certain percentage of votes, and software can be written to only record a preset percentage of votes for a particular candidate. Electronic voting machines can also be rigged to cast a straight democrat vote, regardless of user input. You may think you voted for a specific person, but in reality, you voted a straight Democrat ticket. There were numerous reports of rigged voting machines when Obama was elected, but the media suppressed those reports. The electronics can also be tampered with to skew the outcome of an election. The possibilities for rigging an election are endless with electronic voting.

Currently, Obama and the Democrats are talking about turning over the election process to the Department of Homeland Security, but knowing all the collusion and corruption within government agencies, that’s not a good idea. It sounds like a scheme to insure that the will of the people will not determine the outcome of the election. Currently, there’s no way to verify how we voted. We don’t get a receipt to verify who we voted for, and under the current system, there’s no way to know who we voted for. I think the best way to insure an election is fair and honest is to demand a receipt that shows the choices made on the ballot after it has been recorded by the system. Until then, Hillary may have already won the election – like in the rigged primary.

In conclusion, Hillary was confident that no charges would be filed against her in the email-gate investigation, and we now know that the White House, the FBI and the Justice Department colluded to cover it up..That could be an indication of things to come. Hillary and the media are awfully confident that she has already won the election before any votes have been cast. That should be of major concern to voters regardless of party affiliation. If they can rig the State Department, the Department of Justice, and the FBI for Hillary, what’s stopping them from doing the same thing in the coming election? We should be cautious and demand accountability for every vote if Hillary wins and we should never trust the system.