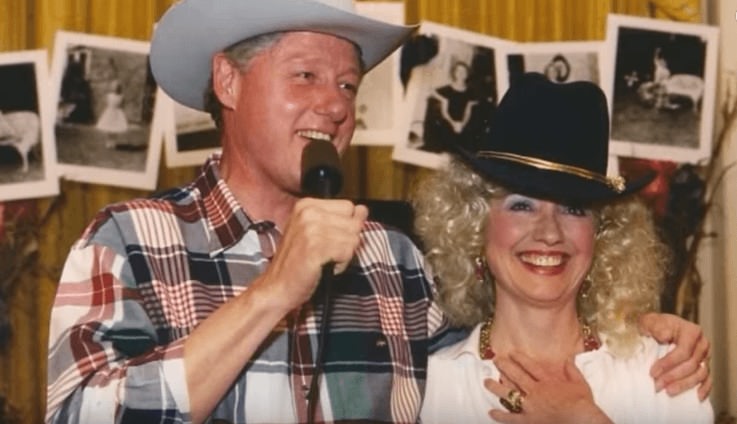 If you are on the left side of our political system you probably cheered when you heard Hillary say that. For the rest of us our reaction was the absolute opposite because we remember what happened to America based on his economic policies when he was President!  Just one example is how he used the “Department of Injustice” to enforce his home ownership ideology which resulted in the long term destruction of the American economy. The “Department of Injustice” will be the subject of one of my future articles.

I know some people will loudly protest what I just wrote about President Clinton’s economic policies. They will say that we had balanced budgets and a thriving economy during his time in office. We did have some balanced budgets but that was the result of a Republican led house forcing a government shutdown twice and refusing to let President Clinton use it to his advantage politically.

There was also the “peace dividend”. President Clinton, with the help of Congress drastically cut spending on national defense and intelligence to help reach the balanced budget agreements.

The “dot com” bubble was the first of the two bubbles to “bust”. This happened late in President Clinton’s second term and caused a lot of people to lose a significant portion of their retirement funds, myself included and a huge hit to our economy.

The damage done to our economy by the “dot com bubble bust” was insignificant and temporary compared to the absolute and long term destruction of our economy caused by the ”housing bubble bust”.  Yes, the “housing bubble bust” did happen during President Bush’s (43) presidency but he did not create the bubble. He actually tried to rein in Fannie and Freddie, the mortgage banks with the largest sub-prime loan portfolios, before the economy crashed. However the banking regulators who testified before various Congressional committees about the need to tighten bank lending practices were literally shouted at by various Left Wing Ideologues like Barney Frank and Maxine Waters.

Here is how the housing bubble was created. During the Carter Administration the CRA (Community Revitalization Act) was passed by the U.S. Congress and signed into law by President Carter. However it had little to no effect on the home mortgage or small business loan industry because lenders simply refused to make loans to people who did not meet minimum credit qualifications. This changed early in Bill Clinton’s first term. He used the Attorney General, Janet Reno and the “Department of Injustice” to force banks to make loans to people who did not qualify for them. Their approach was simple. The banking regulators, working with Janet Reno and her staff, looked at bank loan portfolios based on a new set of CRA guidelines to determine if the banks violated “Fair Lending Regulations” or were guilty of “Redlining” (not making loans in certain geographic locations or opening branches in these areas).

The regulators even modified how they reviewed a bank’s lending practices. They started ignoring all basic loan application requirements used by all financial institutions at that time. They reviewed all applications submitted to a lending institution based on one criterion, applicant’s annual income. They ignored basic loan review requirements like the applicants credit score, net worth, other outstanding debts and time on their job. If a person was turned down for a loan while someone else with the same income was approved, then the ethnicity and address of the two applicants was reviewed. If the person who was turned down was a minority and/or lived in what was considered an “underserved area” the bank was charged with a violation of the CRA. In fact under the new CRA regulations banks were actually mandated to use “flexible underwriting standards” to qualify more low income and minority borrowers for home and small business loans.

In 1995 President Clinton authorized the “securitization” of sub-prime mortgages. This made it legal for these high risk loans to be packaged and sold as “securities”. This kept the sub-prime loan business going for years and allowed the housing bubble to grow to such a level that its “bust” did so much damage to the U.S. economy that we are still struggling to overcome it. And to make matters worse the Obama Administration continues to blame everything on President Bush (43) and the banking industry, while making ridiculous claims about what a great job his administration has done fixing the economy. It is also aggressively working to restart the sub-prime loan business!

President Clinton did not create the housing bubble all by himself. He had literally thousands of Left Leaning Ideologues in all branches of Government and a number of special interest groups, including “criminal” groups like ACORN, helping him every step of the way. But he was the “Captain of the Ship” who initiated the program and made sure it was carried out.

One last bit if irony, to my knowledge no one involved in this vast ideological conspiracy at any level has been charged with a crime or even sued for anything related to their involvement in this process. Except for people like the Officers and members of the Board of Directors of my locally owned and operated bank who were sued by the FDIC for “making bad business decisions involving questionable loans”!

We have one last chance to save our Republic, at least what is left of it in November. Choose wisely!