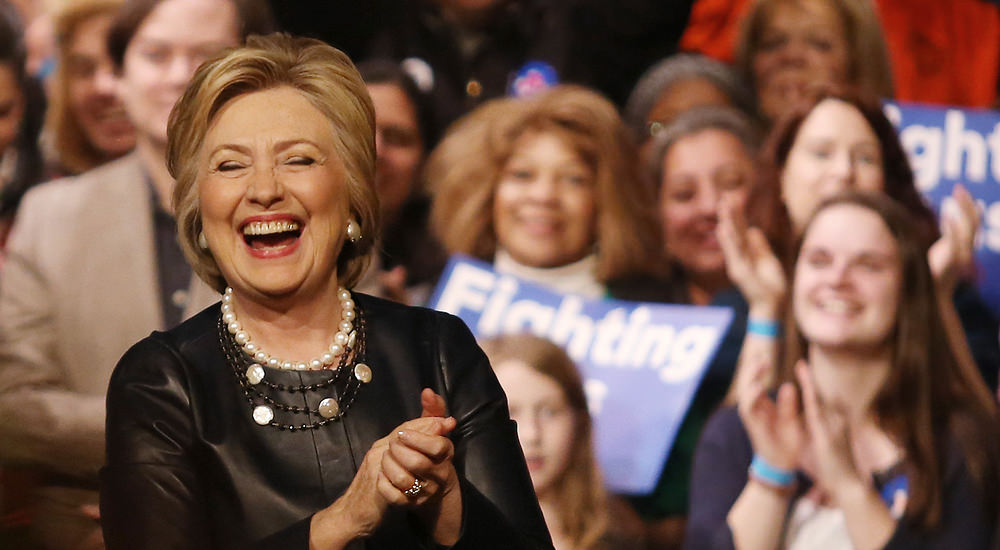 Rush Limbaugh has said this again and again and it always bears repeating because we see what’s happening.  Whenever Hillary or Obama make speeches about rebuilding infrastructure, renewable energy, schools, etc., the crowds cheer as if they’re actually going to do something.  In eight years of making the same speeches what have Democrats done?  They haven’t even begun working on any kind of infrastructure, but plenty of money has gone to Wall Street and Democrat donors.

“What is wrong with their brains?  When is the light bulb going to go on?”

Apparently the lights are going to stay off for the majority of liberals.  ObamaCare is failing as designed so that Hillary can propose single-payer to fix it.  “Insurance companies are too greedy,” she’ll say, and people need to give their money to Democrats for their medical insurance.  It’s become a cosmic joke on America.

What this all adds up to is Democrats demand higher taxes to pay for things they have no intention of doing, just their “good intentions” of wanting to do them.  The end result is that taxpayer dollars are laundered through Democrat donors who give a piece back to the party for shelling out subsidies to them.  This has been the way of Democrats for a century and so long as the gravy train continues it is not going to change.  If anyone threatens to change it as Trump has then Democrats unleash their rioters to loot and burn and kill cops and say it’s because Trump and Republicans are racists.  And that’s where the joke ends and the Clinton Crime Family shines.