God In the 13 Colonies 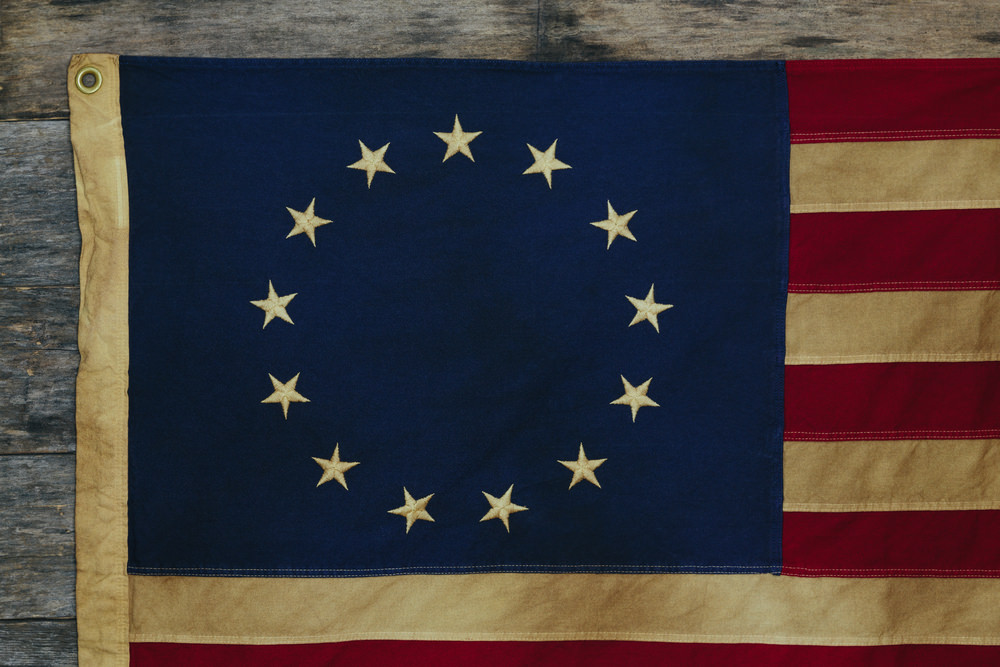 God In The 13 Colonies is a simple reminder of the involvement that God has had in the formation and development of the United States politically, socially, financially, and spiritually. His involvement and oversight were repeatedly mentioned and invoked by the Founding Fathers at both the state and federal levels. The American Declaration of Independence provides the very foundation for the original colonies’ rejection of British rule and authority. The foundation laid was that Britain had violated the rules of God in their mismanagement of its empire, and that ultimately the rights of men and women are issued by God Himself and not the government.

Where did they get the ideas they espoused? They got them from reading and practicing the principles found in the Bible. The impact of the Bible on their thinking was so prevalent that it influenced the formation of the Declaration of Independence, The US Constitution, the Bill of Rights and every state constitution. If that is truly the case then we should see evidence of God in the 13 colonies, shouldn’t we?

There seems to be an ongoing debate about the appropriateness (or inappropriateness, as some would say) of including – or even mentioning – God in politics. Many people have a misconstrued impression of the involvement of God in the 13 colonies, and insist that God was deliberately excluded from the governmental structure of America. They frequently mention the fabled ‘separation of church and state’ in an attempt to distance themselves from God’s rule and authority. Since this outlook seems to be so pervasive I decided to do some reviewing to settle the question using facts and history, not personal bias and opinion.

Of the 13 original American Colonies, every one of them mentions God in their reasoning for the establishment of a new form of government (both state and federal). This reasoning, acceptance and acknowledgement in and upon Him is worded within the founding documents of these several states, namely in the State Constitutions. I have italicized and emboldened the passages which reference the Lord and/or the reasons for their gratefulness.

“The People of Connecticut acknowledging with gratitude, the good providence of God, in having permitted them to enjoy a free government; do, in order more effectually to define, secure, and perpetuate the liberties, rights and privileges which they have derived from their ancestors; hereby, after a careful consideration and revision, ordain and establish the following constitution and form of civil government.”

“Through Divine goodness, all people have by nature the rights of worshiping and serving their Creator according to the dictates of their consciences, of enjoying and defending life and liberty, of acquiring and protecting reputation and property, and in general of obtaining objects suitable to their condition, without injury by one to another; and as these rights are essential to their welfare, for due exercise thereof, power is inherent in them; and therefore all just authority in the institutions of political society is derived from the people, and established with their consent, to advance their happiness; and they may for this end, as circumstances require, from time to time, alter their Constitution of government.”

“To perpetuate the principles of free government, insure justice to all, preserve peace, promote the interest and happiness of the citizen and of the family, and transmit to posterity the enjoyment of liberty, we the people of Georgia, relying upon the protection and guidance of Almighty God, do ordain and establish this Constitution.”

“We, the People of the State of Maryland, grateful to Almighty God for our civil and religious liberty, and taking into our serious consideration the best means of establishing a good Constitution in this State for the sure foundation and more permanent security thereof, declare:”

“The end of the institution, maintenance, and administration of government, is to secure the existence of the body politic, to protect it, and to furnish the individuals who compose it with the power of enjoying in safety and tranquility their natural rights, and the blessings of life: and whenever these great objects are not obtained, the people have a right to alter the government, and to take measures necessary for their safety, prosperity and happiness.

The body politic is formed by a voluntary association of individuals: it is a social compact, by which the whole people covenants with each citizen, and each citizen with the whole people, that all shall be governed by certain laws for the common good. It is the duty of the people, therefore, in framing a constitution of government, to provide for an equitable mode of making laws, as well as for an impartial interpretation, and a faithful execution of them; that every man may, at all times, find his security in them.

We, therefore, the people of Massachusetts, acknowledging, with grateful hearts, the goodness of the great Legislator of the universe, in affording us, in the course of His providence, an opportunity, deliberately and peaceably, without fraud, violence or surprise, of entering into an original, explicit, and solemn compact with each other; and of forming a new constitution of civil government, for ourselves and posterity; and devoutly imploring His direction in so interesting a design, do agree upon, ordain and establish the following Declaration of Rights, and Frame of Government, as the Constitution of the Commonwealth of Massachusetts”

New Hampshire did not contain a preamble to their State Constitution. However, they enumerated rights in the Bill of Rights and through the Articles .

“We, the people of the State of New Jersey, grateful to Almighty God for the civil and religious liberty which He hath so long permitted us to enjoy, and looking to Him for a blessing upon our endeavors to secure and transmit the same unimpaired to succeeding generations, do ordain and establish this Constitution.”

“We The People of the State of New York, grateful to Almighty God for our Freedom, in order to secure its blessings, DO ESTABLISH THIS CONSTITUTION.”

“We, the people of the State of North Carolina, grateful to Almighty God, the Sovereign Ruler of Nations, for the preservation of the American Union and the existence of our civil, political and religious liberties, and acknowledging our dependence upon Him for the continuance of those blessings to us and our posterity, do, for the more certain security thereof and for the better government of this State, ordain and establish this Constitution.”

“WE, the people of the Commonwealth of Pennsylvania, grateful to Almighty God for the blessings of civil and religious liberty, and humbly invoking His guidance, do ordain and establish this Constitution.”

“We, the people of the State of Rhode Island and Providence Plantations, grateful to Almighty God for the civil and religious liberty which He hath so long permitted us to enjoy, and looking to Him for a blessing upon our endeavors to secure and to transmit the same, unimpaired, to succeeding generations, do ordain and establish this Constitution of government.”

“We, the people of the State of South Carolina, in Convention assembled, grateful to God for our liberties, do ordain and establish this Constitution for the preservation and perpetuation of the same.”

Virginia did not contain a preamble to their entire State Constitution. However, they enumerated rights through the Articles of that Constitution, especially Section 16;

“That religion, or the duty which we owe to our Creator, and the manner of discharging it, can be directed only by reason and conviction, not by force or violence; and therefore all men are equally entitled to the free exercise of religion, according to the dictates of conscience; and that it is the mutual duty of all to practice Christian forbearance, love, and charity towards each other.”

The God that the Founding Fathers referenced (in every single instance) was the God of the Bible. The Scriptures they so frequently mentioned are the Scriptures of the Bible. The religion of the day in the American colonies was the Christian religion. There is no mention of Allah, Buddha, Taoism, shamanism or anything else.

It’s crystal clear that the people who set up the governmental structure of the states referenced God’s involvement as the cause of their gratefulness. They acknowledged His protection and often invoked His guidance, meaning guidance in the very process of setting up – and administering – their new government! Since this is verifiable fact, then why would those very same people attempt to exclude God from the way we were to conduct ourselves in that same governmental structure? To present that as an ‘argument’ against including the Bible and Christian thought in governmental operations is, quite frankly, insane. If it was good enough for the Founding Fathers to have God in the 13 colonies, it ought to be good enough for us as well.

The next time someone wants to exclude Him from public life, please gently and patiently remind them that God (in general) and the Christian faith (specifically) is responsible for the enjoyment of the liberties we currently have in the United States of America. That is a fact, at least according to the people who set up this system of government in the first place.