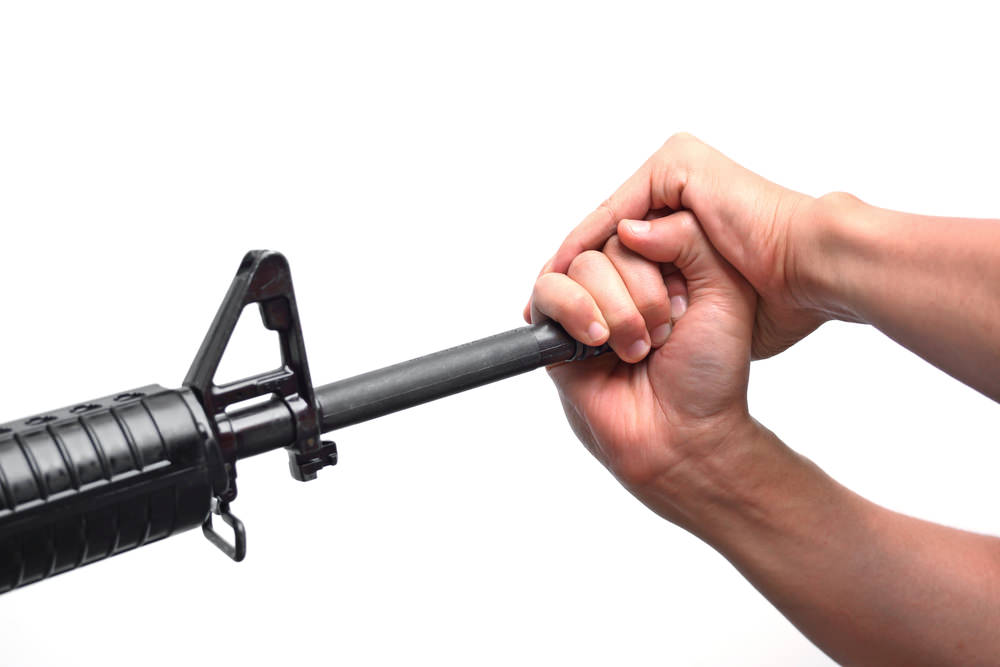 The left has gone completely off the rails over the stoppage of their four dopey gun control measures they tried to guilt Republicans into signing on to. So much so that they literally took to the floor of the House chamber, staging an old fashioned sit-in. They look as juvenile as they are acting – a bunch of old farts sitting on the floor. The only thing missing was for them to collectively hold their breath until they got what they wanted. What a gaggle of idiotic children. They should all be placed on the watch list for being mentally unstable.

Republicans are getting hammered by not only the gun-grabbing democrats, but also by the Democrats’ press office, better known as the main stream media. The leftist media is creating one article after another “proving” how “common sense” gun control measures, promoted by their siblings in government, can stop gun violence.

Along with dozens, if not hundreds of articles, they are creating polls that show, without a shadow of a doubt, that the American people want the snake oil the Dems are peddling.

One outlet we can always count for even-handed reporting (not) is the Huffington Post – and the author, Josh Horwitz, Executive Director of the Coalition to Stop Gun Violence, did not disappoint. He writes that, “Despite this setback, the future of gun violence prevention in America is bright. Facing intense pressure from the public, the Senate is already preparing for another round of votes on gun reform.” They can’t let this good crisis go to waste. They understand it’s just a matter of time before the public calms down and regains their senses.

near their peak. It was released on June 20.

“On Monday evening, the United States Senate failed to pass legislation that would have stopped suspected terrorists from purchasing firearms and required background checks on all private gun sales,” claims Horwitz. Notice he was careful to not say the legislation would’ve stopped this Islamic terrorist, because it wouldn’t have – but why muck up a good story line with facts.

He then cites a non-agenda driven CNN poll that found, “These two common-sense reforms are non-controversial and supported by 92 percent and 85 percent of Americans, respectively.” But just who are these “Americans?”

This sounds like a legitimate poll – so we must conclude that “Americans” really do want more gun grabbing legislation and we must therefore be all wet. The problem is the “polling screen,” or lack of one. I scoured the poll and could find no screen. This is never a good sign for conservatives.

Briefly, the screen is the key which tells us the percentage of democrats/liberals, republicans/conservatives and independents they “interviewed” – amongst other things. Without the screen, there is no way to know. In 2012, I explained it in depth and how who they poll can wildly (and purposely) skew the results.

This one has 891 “registered voters” out of 1001 adults, but there is no screen stating who these 110 “adults” are. That’s over 10 percent of the total! Polling only “adults” favors liberal positions by at least 7% – and that’s a fact. And as there is no “screen” to examine, we have no way of knowing what party the other 891 respondents are “registered” with. Was it 50/50 – 75 percent democrat – what? Even so, polling only “registered” voters adds another 4% in liberal leaning. I strongly suggest you read the CNN poll to discover just how skewed it is.

Then, you too will conclude that this poll is complete crap, as is Mr. Horwitz’s article. Unfortunately, this propaganda, trotted out as news, may very well sway many Americans. And of course, this is what the left is counting on. Misrepresent – lie – do whatever they must to achieve the desired result of eventual gun confiscation. The utopian end will always justify the means.