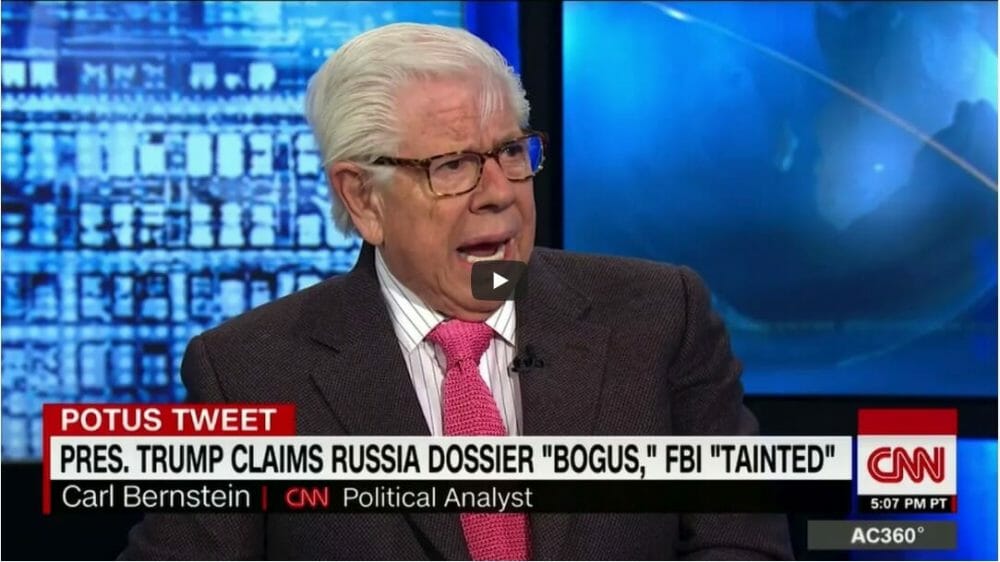 In a recent interview he argued that the FBI, who continue to be unmasked as corrupt, are not “tainted” with these scandals… the President is…

WOW, @foxandfrlends “Dossier is bogus. Clinton Campaign, DNC funded Dossier. FBI CANNOT (after all of this time) VERIFY CLAIMS IN DOSSIER OF RUSSIA/TRUMP COLLUSION. FBI TAINTED.” And they used this Crooked Hillary pile of garbage as the basis for going after the Trump Campaign!

Well, everybody else is the issue here, not Donald Trump and his actions or those around him. The key word in all of this that he keeps using is “tainted.” There’s only one institution that really has been tainted through these months and that is the Trump presidency. It’s tainted by the president’s lies, by his disrespect for American institutions operating under the law with traditional American democracy and instruments thereof. He’s contemptuous of those instruments.

And what we’re seeing in those constant attacks which are undermining, indeed, confidence in the legitimate institutions of our government, which are trying to do their job. If the president is as confident as he says that this investigation is going to end very soon and with him being exonerated, he ought to welcome all this instead of attacking constantly. He’s doing a grave disservice to our democracy.

And the really awful thing is that Republicans particularly in Congress, but also an awful lot of the Republican, quote, establishment, and voters, are going along and enabling him to make these claims and make everything the issue but what really happened here and has our democracy been — and our elections — been undermined with some cooperation from the Trump campaign, from members of his family, from the president, himself? The answer might be no. He ought to welcome the answer if, indeed, things are as he claims.