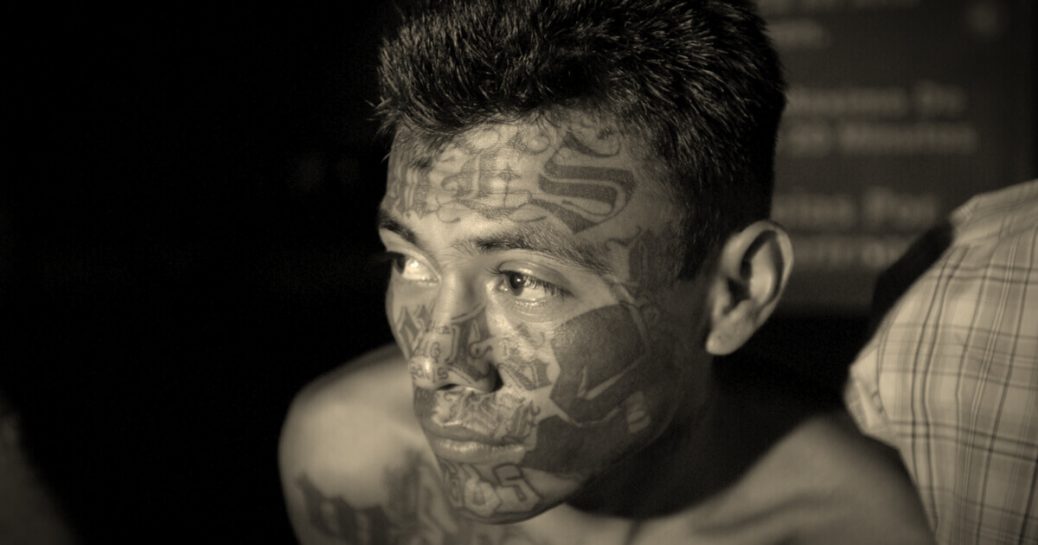 Jesus said not to judge others lest you be judged.  He was not talking about judging right from wrong, but in judging who would go to Heaven and who condemns themselves to Hell.  Every human being has a divine spark from God that is their souls, but some abandon God and choose Hell.  Hell is not God’s torture chamber as leftists claim, but the place where people are separated from God and existing in anguish at their foolish choice.  Leftists believe Hitler was a Christian, that Muhammad worships God, and that MS-13’s murdering gangsters are worthy of Heaven without turning from evil.  The same fate awaits them for leaving the gang as for Moslems who abandon Islam for Christianity.  This is a sickness of the liberal mind that lacks a moral compass.

Even Darth Vader was redeemed, but that doesn’t mean all evil people will be – especially those who embrace their own corruption and lie to themselves about their true nature to the end.  Redemption requires turning away from evil and making amends for wrongdoing.  Democrats vow to “Drain the Swamp” of Republicanism even though the swamp was of their own creation.  Just as they celebrate the humanity of MS-13’s mass murdering animals and cheer for killing babies in the womb, Democrats have no shame in draping the mantle of righteousness over their own iniquitous shoulders.   The people who think Hitler was a Christian and that Christians are Nazis say they are the ones to bring “righteousness” back to America.  People exercising just a little skepticism when Democrats claim the NRA is responsible for mass shootings, and that shooters like Jared Loughner was a Republican, might get a clue when the left claims Trump said all immigrants are animals when he was talking about MS-13.  Now Democrats are trying to portray the world’s most vile creatures as noble.

Just as they corrupt the people, Democrats corrupt the language by attempting to usurp the dialogue by changing the meaning of words.  They usurped liberalism from America’s 18th century Founders to provide a façade for their ideology of socialism, which is the basic construct of Fascism, Communism, and Nazism.  They can attempt to pull the wool over the eyes of the people, but you can’t fool all the people all the time, only some of them who remain liberal Democrats no matter what truth is exposed.  These are the people who believe truth and morality to be relative, subject to individual interpretation.  They fail in comprehending that thieves and murderers create their own morality and that’s why leftists always find means by which to justify their corruption.  “The ends justify the means” is a leftist axiom.

If ever there was proof that the Left represents the forces of evil, the deceivers, the criminals, the terrorists, and the invaders of America to overthrow the greatest nation in history because it was founded on Christianity, here it is.  Liberal Democrats are condemning President Trump for his depiction of the MS-13 gang that Democrats brought to the United States, gives benefits to, and allows them to murder immigrants in the most vicious, brutal, inhuman ways to terrorize them into submission to Democrat rule.  To call them animals for their atrocities is a grievous insult to animals.  For Democrats, who created the swamp of corruption in Washington over the past century, who live and breath pandering, demagoguery, racketeering, graft, lobbying, earmarking, and all forms of sleaze and fraud in government, to say they are for eliminating corruption is the pinnacle of deceit.  Such people believe that if you give Satan the power that he will make Heaven a better place for everyone.

It is the absolute zenith of two-faced leftism for self-righteous hypocritical Democrats to believe they can dictate morality to the righteous believers of Christ.  These are the people who have circled the wagons for decades around the likes of Bill Clinton and Harvey Weinstein who telling Republicans they must reject Donald Trump because he had sex with a porn star who was very well paid yet wanting more.  All the women who had sex with their people got was screwed, shamed, and destroyed.  Liberals are so insane they think Christians are only allowed to have sex for procreation while they engage in every form of debauchery and perversion, and they think they somehow have the moral authority to tell Christians right from wrong.  Liberals say that their spying on the Trump campaign was righteous, and that their investigation of Trump over the fraud of Russian interference in the election are justified.  But that Trump investigating their spies is a crime and their allowing illegal aliens to vote in national elections is just.

In their deluded world they believe Christians are immoral for not condemning Trump, while they praise Clinton to the heavens for his rapes and serial molesting of women while in office.  They elevate his wife as the champion of women most worthy of ruling the nation when she enabled him by destroying those women.  These people lack the moral compass to tell right from wrong or determine morality when they have no understanding of the flaws in themselves.  Liberals are blind to their own faults.  Growing up to become conservative requires one to take an honest assessment of oneself, to see one’s own flaws, know one’s own sins, and recognize when it is appropriate to stand against evil.  Liberals are the people who shouldn’t throw stones, but they don’t know that.  That’s why their houses shatter.

Morality Wars of Trump and Clinton