Darkness is Not limited to the Full Eclipse 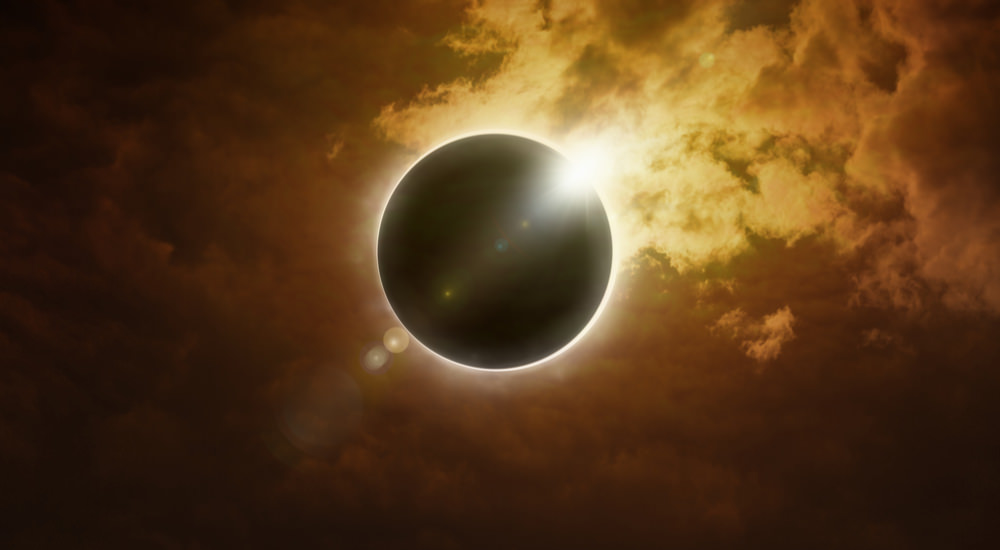 Wow, the excitement and hoopla about the event scheduled to take place over a 3000-mile by about 67-mile wide path across America is incredible.

Depending where you live in America, you may see an eclipse that will be partial, or in some special places, a total darkening of the sky with full blockage of the sun for anywhere from 90-seconds to a several minutes.

I, however, have my own analogy of a total eclipse that has been darkening our nation for months. It’s the insanity, and increasingly vitriolic, violent, and deadly events of anarchy that follows no path, but is blackening the skies and hearts of Americans in many locations around our nation.

The increased assassinations and murders of cops, the uptick in terrorist attacks by illegal aliens and imported Islamic terrorists along with the campus and street violence of paid protesters and hardcore haters of America have placed our nation under a darkness that is likely to last for months, if not years.

While we use special ISO sunglasses to watch the few hours of Monday’s start-to-finish eclipse, we’re experiencing far too many Americans wearing blinders to the actions and events that are taking place before their very eyes and throughout our nation.

Hate groups are using the 1st Amendment to denigrate people with whom they disagree, but will not allow free speech to be used by those whose opinions are not the same as their own.

We’ve seen a Congressman shot on a baseball field during a practice just for being a conservative; we’ve seen college campus administrations offer “safe spaces” to supposed young adults who can’t seem to accept that Hillary lost the election or that there are opinions and facts that don’t fit their snowflake-perfect ideology; we’ve seen a lunatic drive his car into a crowd of people, killing one woman, because they were on the side of the street that represented an opinion different from his; we’re seeing peaceful marches, even those whose opinions we may not like or support being attacked and bystanders subjected to attacks by well-armed, prepared thugs and paid agitators.

We’ve heard a State Legislator call for the assassination of a sitting president, and what used to be a wide network of honest and factual newspaper and network reporting become nothing more than a group of purveyor of lies and fake news in a collective attempt to thwart, discredit and remove a sitting president.

If these actions, and many more than I haven’t space to list now seem to represent a darkness, a total eclipse if you will, of the America of our Founders.

America was once a land of freedom, a place where everyone could be guaranteed an equal opportunity, a chance to achieve success. But that did not and does not include a guarantee of success or an equal outcome for efforts expended.  There was a time when disagreements and dissenting opinions were debated, not met with riots and attacks of the people presenting different opinions. There was a time when colleges and universities were expected to challenge one’s opinions and beliefs and cause students to think and reconsider their positions without the destruction of college campuses, buildings or personal property.

I believe what we’re experiencing is in fact a total eclipse of our core beliefs. Darkness has enveloped the ideas of religion and faith; it has challenged the belief that we are a country of laws; and it has decimated the concept of respect for others and their differing opinions.

It seems that we are entering a period of darkness, and unlike the moon’s eclipse of the sun, Mother Nature and her laws of physics and astronomy will not allow the sun to fully shine again anytime soon.

This eclipse of our nation was of our own making. If we put a timeline on it, we have not experienced the light and warmth that was once evident during and subsequent to WWII. That time was led by Americans of The Greatest Generation.

We’ve not seen such Americans in many decades, and the light that is flickering, if it is to be restored, will have to come from those of us currently enduring this self-inflicted darkness.

We must be the next Greatest Generation.

I'm the author of 2-books and dozens of magazine articles. I write for 2-newspapers in western North Carolina. I produce a political news-email letter 3 times per week that features news that I've researched that is rarely reported in the mainstream media. This free email goes to a subscriber list, and ultimately is read by thousands nationwide. I am a NC certified concealed handgun carry instructor and teach the attendees to my classes about handguns & gun safety, personal in-home protection and the NC laws which upon completion allows them apply for their NC concealed carry permits. I am also a graduate of the Henderson County Sheriff's Citizens Academy and a certified A.L.I.C.E. instructor teaching active shooter response training. As an active member of my community I serve on 3-Boards of Directors and am a volunteer for several non-profits and in local, state and national politics. I've served on the election and reelection committees of NC State Senators, US Representative Mark Meadows, and in support of our County Sheriff. Having served my nation as a member of the Army Infantry during the Vietnam era (1967-69), I remain a staunch and proud American who strongly believes in the U.S. Constitution. I maintain that it is the role of government to serve we the people, and not the other way around as it has been evolving for decades. We must take back our nation and put the States back into power while eliminating the overreaching activities and power of the existing federal government.