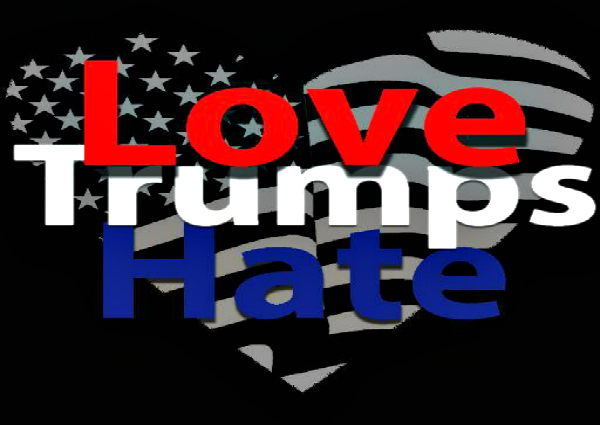 The party of depravity is campaigning on moral outrage!

Hillary Clinton, the woman who crushed other women who were molested, harassed, and raped by her husband, is campaigning strictly on the “immorality” of Donald Trump.  Trump, who has been surrounded by beautiful women all of his adult life and never once had any accuse him of sexual impropriety, admits he loves women and sex.  Clinton is portraying him as a sexual deviant who is Satan incarnate that Christians love.

The Left has repeatedly said that they don’t believe in God, but those that do join with the atheists to say Christians must love Islam.  I may be wrong, but I don’t think there’s anywhere in the Bible where Jesus said you must love Satan.  For the people who have promoted every sexual perversion, who have lauded the deviants of society and heralded an new age of (im)morality are promoting the most corrupt people in politics against someone they considered one of their own.

When Trump came out against illegal immigrants, the global warming fraud, and Islamic jihadis, he has been cast as racist, dumb, and hateful for rejecting all of the lies of the Left.  Republicans have said for decades they want a candidate who is not a product of the religious right, and now they’ve got him they want to band together with Democrats!  They had the candidate who was pure as the driven snow in 2012 and they let him be smeared as satanic and lose to the most anti-American person ever to hold high office.

Americans are running down the road to Hell as fast as they can and there are few who are willing to stand up and declare that Christianity is the right way, not rejection of God or submission to Islam.  Christians can forgive Trump’s lust, but not Clinton’s crimes.  It is more significant that Obama and Hillary have torn down America into the sewer of depravity and corruption than that Trump is a sinner.  The world is going to Hell in a hand-basket and liberals are cheering for the destroyers who declare themselves to be holy.  Try a mirror.