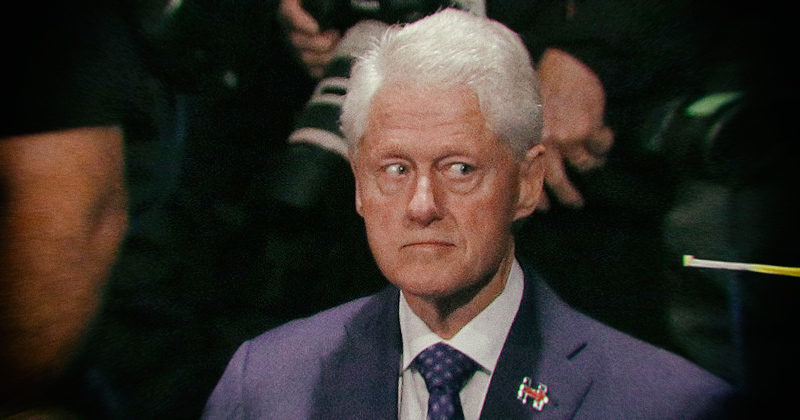 Bill Clinton’s behavior nearly drove a Clinton Foundation executive to commit suicide in 2011 according to the latest round of emails released by Wikileaks this morning. As the email chain shows, one of Bill Clinton’s chief advisor’s, Doug Band, had to talk Laura Graham (Clinton Foundation Chief Operation Officer), out of committing suicide.

“Late last night, laura graham called me as she couldn’t reach my brother or her shrink,” Band begins the email to Bill Clinton’s Chief of Staff as he describes the inner-workings of the Clinton Foundation organizational structure and corporate culture. ““She was on staten island in her car parked a few feet from the waters edge with her foot on the gas pedal and the car in park,” he continued. ““She called me to tell me the stress of all of this office crap with wjc (William Jefferson Clinton) and cvc (Chelsea Clinton) as well as that of her family had driven her to the edge and she couldn’t take it anymore.”

As the story goes, Doug was able to talk Laura out of committing suicide despite the pressure and behavior of both Chelsea and Bill. While this story has a happy ending, Laura nearly joined the all-too-long list of unfortunate people who have been associated with the Clinton’s who have “committed suicide” or have met otherwise unfortunate endings. Vincent Foster ring any bells?

As each email is revealed and leaked, a definitive history of the Clinton’s is being unveiled before our very eyes in black and white for all the world to see what has long been supposed and speculated – the Clinton’s are both, factually speaking without any political editorializing, criminals with a long, now-documented history, of lying to the American people. While this doesn’t come as a revelation to most, the fact that these truths can be seen in black and white, from the Clinton’s own emails, is particularly jarring and needs to be publicized as far and wide as the American people can tell it considering the media has been bought and paid for as has been  illustrated in email leaks over the last few days concerning the media’s partnering with the Clinton’s.