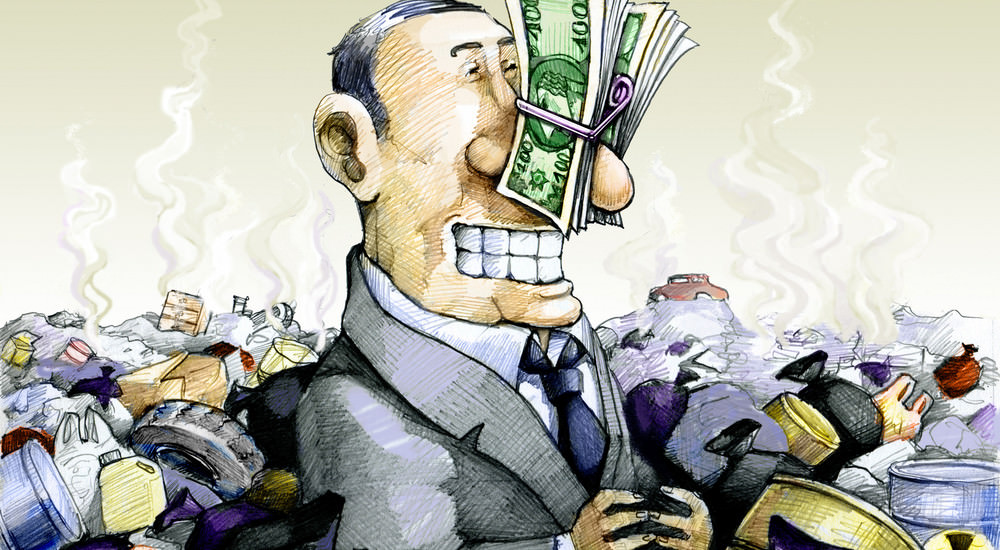 The size and strength of our Government is in the will of the people to protect it. To do this, we must be willing to reduce its size, remove special-interest influence, and limit the reach of its power that is harmful to the nation.

Ron Paul is quoted as saying that “Real patriotism is a willingness to challenge government when it’s wrong.”  Well, I believe now is the time to do that!  In fact, it’s long past time!

I am concerned that time is running out to restore the foundation for all our freedoms.  This means getting our government out of its own way.  Our nation was formed with the concept of self-government a long time ago; we need to reinstate the original version.

This won’t be popular. Nor will it be easy.  It will mean standing up for “the right thing” even when it is unpleasant.   It means making the wheels of government transparent to the public.  It means removing the barriers to real growth and progress.  For decades, the machinery that operates the bureaucracy in this country has been operating behind closed doors.  It makes it easier to accomplish the many hidden agendas running rampant for their political favorites. And we have allowed this to happen!  Whether through ignorance or apathy – it doesn’t matter.  It must stop!

Consider something as simple as a city council meeting. This is fairly low on the totem pole. By law, all actions and discussions of the members must be open to the public.  What happens, however, is that the council can call for an “executive session”, which always takes place behind closed doors.  By definition, an executive session is not open to the public, but has a limited number of topics which are eligible for discussion.  It is here that the “real” action occurs.  Then at the end of the closed session, the council  returns to the open meeting and reports that “NO ACTION WAS TAKEN”.  This should be sub-titled “How to keep the public in the dark.”

Granted, there are legitimate reasons to hold an executive session, but the abuse of this privilege runs rampant. This is a meeting, especially a private one, of a legislative body for executive business. Everyone who attends is sworn to secrecy.   Those serving on governing bodies should use this privilege judiciously and wisely.  They should never give the appearance of doing something behind the backs of their constituents or members.

But it happens every day….. right here in “River City”, and is magnified and compounded exponentially as we go further up the government food chain.

For those of you who have never heard stories about the $500 hammers used in federal construction projects.. I can tell you that the term “pork-barrel” is real. No telling how much special-interest funding is concealed in the country’s legislation.  The number keeps increasing.  Does this mean that we spend more, or is the number of recipients on the rise? The actual definition is: “the appropriation of government spending for localized projects secured solely or primarily to bring money to a representative’s district. “ Surely some of these projects have become out of date.

The Founders’ principles have to be restored and strengthened. We need to acquire more responsibility and accountability in those who pretend to represent us.  In short, we need to get our government back in our own hands, and get the government off of our backs. We also need to try and get the money out of politics.  Big dollars pollute the principles for which we stand.  Private interests have too much influence on all 3 branches of government.

Our elected officials, whether they know it or not, are obligated to us. They are obligated to those who put them in office.  They have a duty to the citizens they serve. And that obligation is more than to provide revenue for their district.  I guess they forgot about the rest of us. It may seem futile to challenge these entrenched politicians or overhaul the establishment, (go fight City Hall) but it can be done.  In fact, it must be done to ensure our survival.

I think the longer our representatives serve – the more proficient they become at neglecting their constituents. Some of them can’t even get one of their staff to answer a letter. They are too busy doing the bidding of the “another set of supporters” – lobbyists and other special interest groups.  This is the best reason to implement Term Limits on all elected officials.  There should never be a Career Politician on the Public’s payroll!  And – another thing – Money should be totally removed from politics!!!!!!  Political favors should not be “marketed”.

Of course, all politicians do not fall into this category. There are some real heroes in office.  You’ll know them by how other members of Congress treat them.  The good guys are labeled “troublemakers’ – Their opposition will go to unheard of lengths to discredit them – Story telling (lying) seems to be the biggest offense.  It would be great if every one of them had Pinocchio’s nose so we could  measure their honesty!  Then we would have a sure-fire way to tell when one of them is lying.

These heroes are few & far between, however. The sacrifices required are too much for too many.  So there is a tremendous shortage of qualified participants to counteract this trend.

And how do we recruit folks who will do the right thing?

Stop, Look & Listen. Remember the rule we learned as kids about crossing the street?  It applies here, as well.  Knee-Jerk reactions are not the answer.  Look at the Republican candidate for President.  He’s dodging traffic on all corners.  I don’t think he’s stopped to look, and he obstinately refuses to listen.  What makes us think he will actually listen to us, if elected?  It is obvious to me that he is not the answer.  And, what of the Democratic candidate?  I don’t think she passes the ‘smell test’.  In case you’re wondering what that is, the smell is rotten eggs.

For Donald’s supporters who endorse and accept him & his methods, you are agreeing to his abuse of the freedoms guaranteed in our Constitution.  The President, especially, should abide by them.  After all, they do take an oath.   If you support him, you are saying that you approve of him, his methods, his policies and his politics.  But do you really?

And if you support Hillary, you are condoning the entire negative image that surrounds her. Do you think she’s fit to lead the free world?

So, now what? Educate yourself.  Read, listen, and ask questions.  And keep asking questions until you’re satisfied with the answers you get.  Then – we were all given a conscience – no matter where it came from –use it to vote for your convictions.  Hopefully they contain a desire to Renew America for the 21st Century.

And don’t forget to say your prayers!