What Do CERN and Saul Alinsky Have in Common? 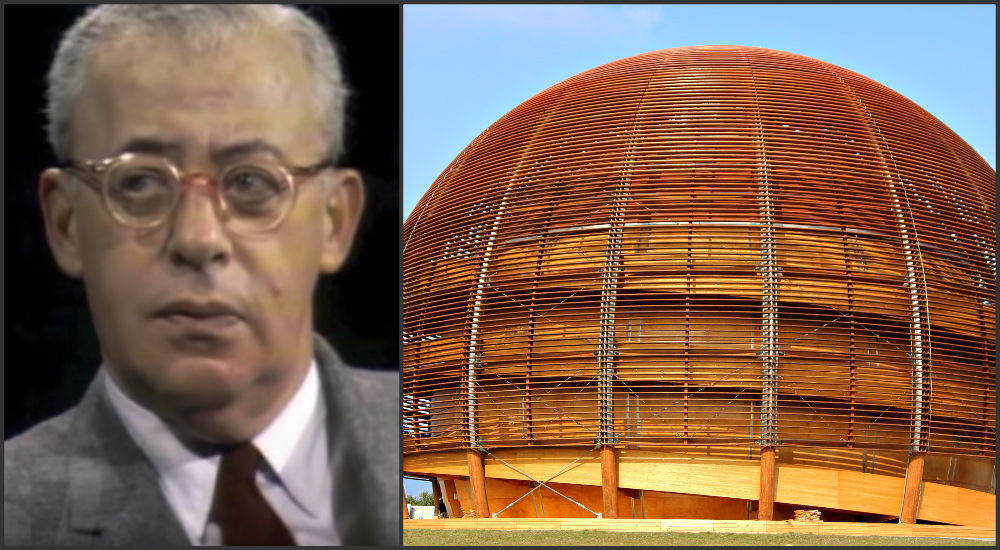 Incredible! But true! Saul Alinsky and CERN darkly share the same goals! This means Alinsky-mentored Obama and Hillary Clinton – and those who support them – share the same ultimate goals as CERN!

Outside the CERN “scientific” facility is a huge wheel: inside is a statue of the Hindu god, Shiva. Shiva does a “dance of destruction” inside the wheel. (Shiva is “legitimized” throughout the secret writings of Freemasonry such as those published in 1924 Chicago.)

The way the Hindu sees it is that when Shiva destroys, it is not for the purpose of annihilation. Shiva destroys so that Brahma can come and recreate. The Hindu deities Shiva, Brahma and Vishnu are acknowledged in occult Freemasonry.

This is also how Russian occultist and atheist-socialist Saul Alinsky sees a required, societal destruction: “in order to rebuild from the rubble” a socialist world government – to include a syncretistic Masonic-Hinduistic perspectiveof all world religions and sects.

Lucifer was a journal published by Blavatsky. Alinsky in the book itself dedicated to Lucifer his Rules for Radicals, urging the necessity to “rebuild from the rubble.” As with Shiva and Brahma, Alinsky’s leftist destruction is not for annihilation, but recreation, while “rebuilding from the rubble.”

Clearly, the literally demonic “spirit of the age” in this 21st-century moment is a coalition of CERN, Alinsky and Masonry. CERN with its Hadron Collider, opening portals to the demonic realm, while the Shiva destroyer god is prominently displayed. Alinsky with his disciples Obama and Hillary and their supporters, with the UN.

And Masonry, replete with emphatic references to Shiva the destroyer god, as a mirror image of Hinduism in the sense of admitting all religions. Masonry accepts all religions which say theirs is not the only true way, de-Christianizing in its world view, ignoring the fact that Jesus proclaimed “I am the Way.”

Strangely, CERN scientists are being connected to Shiva through dance to Shiva (see YouTube videos). In instances of particle collisions, they “see things.” Demonic spirits. Cern is unleashing demonic forces of destruction through dimension portals into our own physical reality. These are unleashed to enhance the human preparations of Alinsky and Masonry.

True Americans, We the People, are fortunate that President Trump is a Christian, open to counsel, to quickly do everything in his power as C.S. Lewis emphasized. That is, C.S. Lewis said, “The Bible commands us to slay the spirit of the age” and “We are living in a world under seige and we are called to sabotage.”
Demons are not greater or stronger than God, Jesus Christ, whom President Donald Trump serves. The war is on! As Christians persevere in praying daily for President Trump, we will conquer! Despite simultaneous Just Wars….