America’s Exceptionalism The Pastors of the Revolution 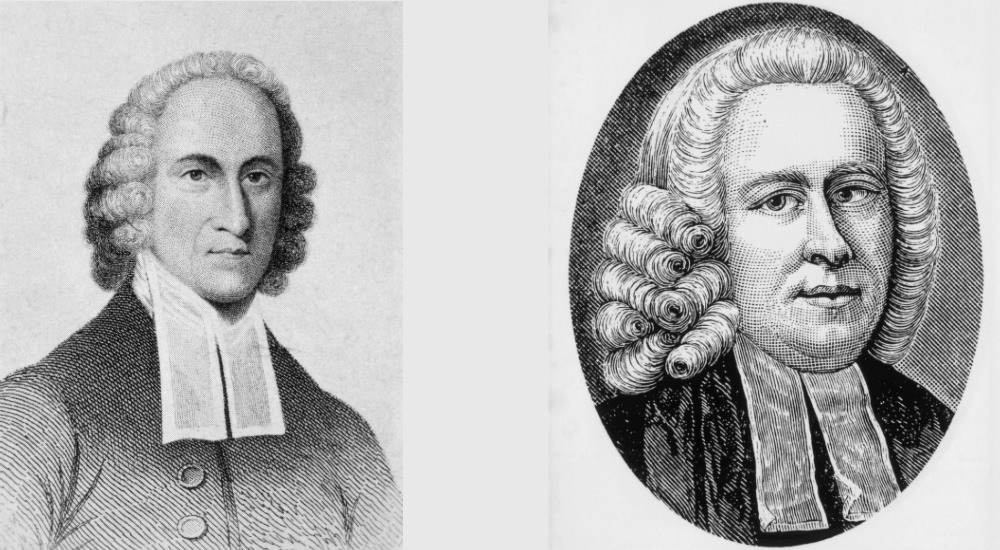 As we continue to look at the preachers of early America what we will see is a total dedication to preaching the uncompromised Word of God and a refusal to budge from its true meaning.

The Church of England had been established in America because America was a subject of England, but many of the colonists had left not just England, but Europe in general to be free to worship in the manner that they saw fit.  The Geneva Bible, which was the Bible of the majority of the pilgrims, had opened the eyes of many preachers and citizens alike because of its footnotes and commentaries as to what the Word was really saying about things like self-government, taxes, freedoms and liberties that no nation at that time allowed let alone practiced.

As the preachers of America began to establish communities, public schools and the governments that ran them, many times independent of the rules of England, the people began to enjoy ‘life, liberty and the pursuit of happiness’ and governments that derived ‘their just powers from the consent of the governed’.  Some of these preachers only visited America to preach yet they brought with them the fire of freedom.  One such preacher was George Whitefield.

George Whitefield: He was one of the most popular preachers prior to the Revolutionary War.  His preaching was one of the primary reasons for the Great Awakening in America.  His preaching was so powerful that he is accredited with bringing the thirteen colonies together as one nation.  Whitefield’s preaching came against the established church, the Church of England, which the Geneva Bible was responsible for, and in many places where the only church in town was the Church of England, he was forced to preach outdoors.  He would get as many as thirty thousand people together at a time, without the benefit of amplification.  In his autobiography Benjamin Franklin wrote that you could hear his voice nearly a mile away when preaching outdoors.

Benjamin Franklin was so impressed with his preaching that he went to the expense of building an auditorium for him to preach in when he was in Philadelphia.  This building became part of the University of Pennsylvania and today there is a statue of Whitefield in the front of that auditorium.

Sarah Edwards, wife of Jonathan Edwards 3rd President of Princeton, wrote to her brother in Connecticut the effect that the preaching of Whitefield had communities:

It is wonderful to see what a spell he casts over an audience by proclaiming the simple truths of the Bible.   Our mechanics shut up their shops, and the day laborers throw down their tools to go hear him preach, and few return unaffected.1

In his Narrative of Surprising Conversions he wrote:

The assembly in general were, from time to time, in tears while the word was preached, some weeping with sorrow and distress, others with joy and love, others with pity and concern for their neighbors.

There were many instances of persons that came from abroad, on visits or on business . . . [who] partook of that shower of divine blessing that God rained down here and went home rejoicing.  Till at length the same work began to appear and prevail in several other towns in the country.

In the month of March, the people of South Hadley began to be seized with deep concern about the things of religion, which very soon became universal. . .  About the same time, it began to break forth in the west part of Suffield. . .  and it soon spread into all parts of the town.  It next appeared at Sunderland. . . About the same time it began to appear in a part of Deerfield, Hatfield, West Springfield, Long Meadow, Endfield, Westfield, Northfield, . . . In every place, God brought His blessings with Him, and His Word, attended with Spirit… returned not void.3

This is a description of what happens during revival.  It simply sweeps over an area like a tsunami where no devil in hell can stop it.

There is no leveler like Christianity, but it levels by lifting all who receive it to the lofty table-land of a true character and of undying hope both for this world and the next.4

There was a family of preachers leading up to and during the Revolutionary Was that is worth looking at.  That is the Muhlenberg’s, the father Henry Melchior and the two son’s John Peter and Frederic Augustus.

I heard a fine example today, namely the His Excellency General Washington rode around among his army yesterday and admonished each and every one to fear God, to put away any wickedness that has set in and become so general, and to practice Christian virtues.

From all appearances General Washington does not belong to the so-called world of society, for he respects God’s Word, believes in the atonement through Christ, and bears himself in humility and gentleness.

Therefore, the Lord God has also singularly, yea, marvelously preserved him from harm in the midst of countless perils, ambuscades, fatigues, etc., and has hitherto graciously held him in his hand as a chosen vessel.5

This is a confirmation of the prophecy that was given Washington in 1770 by an old Native American Indian Chief who stated: “The Great Spirit protects that man [Washington], and guides his destinies. . .”6

John Peter Muhlenberg:  He had followed his father into ministry and as a member of the Virginia House of Burgesses he preached on the Christians responsibility to be involved in the securing America’s freedom from Britain.  In a message on January 21, 1776 to his Virginia congregation he spoke about the political climate that was facing America at that time.  He reminded them that America had been founded because the people were seeking civil and religious freedoms and because of mounting suppression from Britain they were in grave danger of losing the freedoms they had come to America to practice.  His message was preached out of Ecclesiastes 3:1 “For everything there is a season, and a time for every matter under heaven; vs. 8 . . . . a time of war and a time of peace.”  As he closed the message he stated:

At that point he took off his clerical robes to reveal a uniform of an officer of the Revolutionary Army and called for the men in his parish to join him.  He left that afternoon with 300 men and joined Washington’s.  He became a Colonel of the 8th Virginia Regiment.8  He served for the entire length of the war and at the end of the war he held the rank of Major General, one of the highest ranking officers of the American Revolution.9  In 1785 he became Vice-President of Pennsylvania and was a member of the Pennsylvania Constitutional Convention.  After the ratification of the Constitution he was elected as U.S. Congressman from Pennsylvania and in 1801 was elected as Senator from Pennsylvania.

Frederic Augustus Muhlenberg: Frederic did not believe that a minister should be involved in either the war or politics.  That mindset held until the British burned down his church.  At that point he had a change of heart concerning both.  He became active in politics and when the scheme of Benedict Arnold was exposed before harm was done which would have allowed the British to capture General Washington effectively winning the war for Britain, Congress called upon Samuel Adams, William Houston and Frederic Muhlenberg to assemble a proclamation for a national day of prayer and thanksgiving.10  This proclamation was accepted by Congress on October 18, 1870.11

Abraham Baldwin: Served as chaplain in the Continental army during the Revolutionary War, representative from Georgia to the Continental Convention, a signer of the United States Constitution, Statesman, lawyer, educator and U.S. Senator.  He was founder and first President of the University of Georgia.  His Charter of the College of Georgia states:

As it is the distinguishing happiness of free governments that civil order should be the result of choice and not necessity, and the common wishes of the people become the laws of the land, their public prosperity and even existence very much depend upon suitably forming the minds and morals of their citizens.

When the minds of the people in general are viciously disposed and unprincipled, and their conduct disorderly, a free government will be attended with greater confusions and evils more horrid than the wild, uncultivated state of nature.

It can only be happy when the public principles and opinions are properly directed, and their manners regulated.

This is an influence beyond the reach of laws and punishments, and can be claimed only by religion and education.

It should therefore be among the first objects of those who wish well to the national prosperity to encourage and support the principles of religion and morality, and early to place the youth under the forming hand of society, that by instruction they may be molded to the love of virtue and good order.12

From all the evidence put forth in these last few chapters, words of their own mouth, we see that these men were the pillars of the community and it was from them that our style of self-government emerged, our education system which produced the best educated young people in the world and laid the foundation for our civil society that has become the envy of the world.  One cannot say enough about importance of the Christian pastors not just before and during but even after the Revolutionary War as they continued to hold steady the foundation that this nation had been placed on.

It is this position that the pastor of today must return to if we are going to continue on as the greatest nation this world has ever seen.