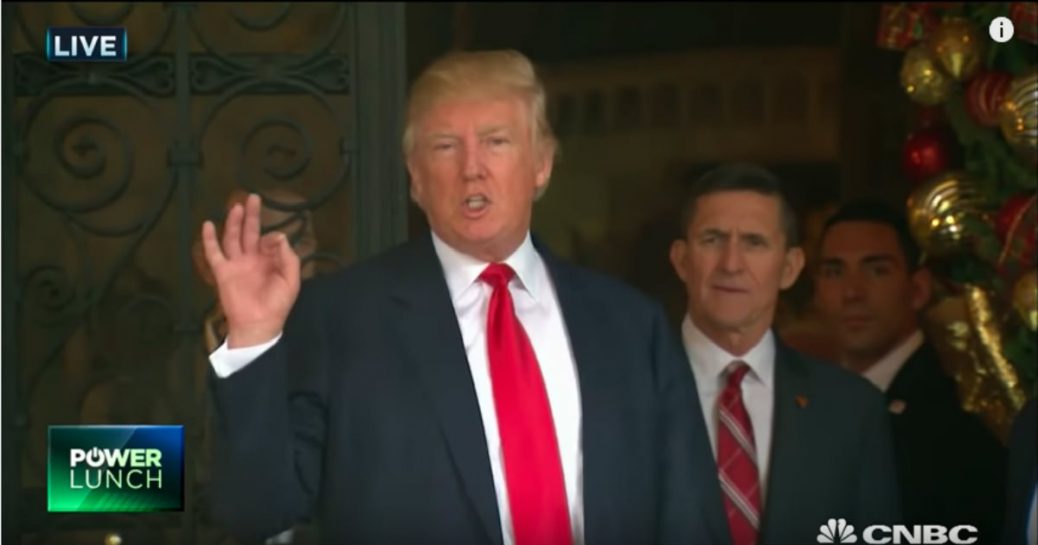 The era was marked by protests and riots in the streets all across America. People were beaten for wearing red “Make America Great Again” hats; they didn’t even have to be Trump hats, just donning a red hat would get you a beat down.

But what really marked the new era was the demise and fall of the mainstream media. The MSM had failed and was called out for promoting fake news and propaganda. Alt-left fake news networks such as the New York Times, CNN, MSNBC, and the three major news networks are all seeing their ratings fall.

This post-Democratic society is marked predominately by the loss of free speech. Because of the decline in viewers of the MSM to the alternative media, there is a movement in the government to censor, or at least try to censor any organization that claims to be alternative media. Because many people get their news online and through their news feeds on Facebook, social media has decided to be the decider of what real news is and what’s fake news; this idea beggars belief!

We should’ve seen this coming. This didn’t happen overnight. Eight years of Democratic rule under President Obama has caused the post-Democratic society to explode into existence. It slowly crept up on Americans but it was during the 2016 election that forced reality on politicians with the unexpected loss of the Democratic candidate who was backed by the president, the MSM, Hollywood, and elites: Hillary Clinton. With a Clinton win, there would be a minimum of four more years of movements like political correctness, modern feminism, pansexualism, multiculturalism, etc.

The end goal of Cultural Marxism’s signature philosophies of political correctness and multiculturalism seeks to alter the social order of a society’s social institutions (family, church), nature (gender roles), and social relations (marriage). Forcing Cultural Marxism down the throats of everyday, working-class Americans had reached its peak. The manufacturing of minorities and protected classes based on race, color, sex, religion, and national origin such as illegal immigrants, black and brown people (but not the successful Asians), gays and lesbians, and the trendy transgendered is a tool of the government used to suppress the voices of working-class Americans.

Then there is the political correctness and limitations on free speech imposed by the government. There is the hypocrisy which we’ve seen over and over by the Democrats, especially the Clinton supporters. Hillary Clinton claimed that a hallmark of democracy is accepting the outcome of an election but since her party lost, there’s been constant rioting in the streets.

There is no such thing as debates and arguments anymore. If you have a differing opinion you are shouted down and called a racist, a bigot, a homophobe, a xenophobe, a sexist, or a Nazi or Fascist.