“We Are Not Afraid” Hashtag Campaign is a Load of Crap 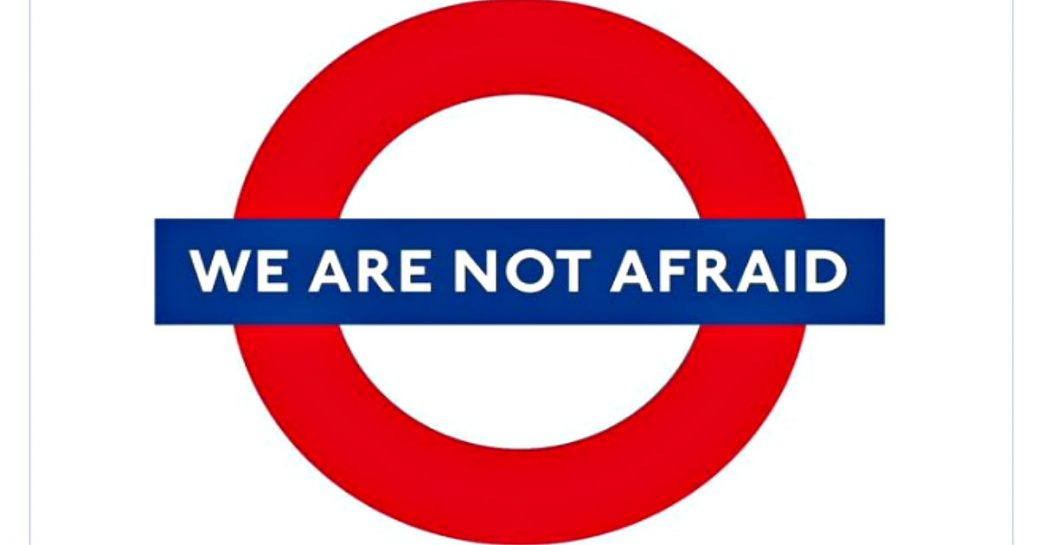 In the aftermath of the Wednesday terrorist attack in London, many took to Twitter with another “feel-good” hashtag campaign. This time the meme is #WEARENOTAFRAID.

It is another lame attempt by liberals of what Michelle Malkin calls “virtue signaling.” She explains  that hastag campaigns are

“easy advertisements and maudlin displays of one’s resolute opposition to an unidentified something that must be stopped somehow by unspoken means.” It is also an effort for those with no identity of their own to identify with and involve themselves in the crisis without ever having to actually do anything.

Yet unlike previous virtue signaling campaigns like those which claim “solidarity,” the “We Are Not Afraid” campaign is particularly silly and oh-so wrong.

You see, they are afraid – afraid to offend.

The left twists themselves up like pretzels in an effort not to offend. And this is another incident of what their leftist borderless virtue has wrought. Because of their fear of offending all the wrong people, Europe is rapidly losing its identity and culture – voluntarily giving way to savages whose only goal is to conquer, convert and subjugate them. And those who are actually “Not Afraid,” will be murdered.

Because of their fear of offending, hundreds of thousands of migrants stream into the U.K. every year. So many that Britain’s National Statistician, John Pullinger, has admitted  that “the Government has lost track of how many immigrants are pouring into Britain, telling a Commons committee that it is ‘impossible’ to know how many have arrived.”

This is exactly what happens when liberals are in charge – whether it be Europe, Great Britain, or the United States.

The fear of offending causes the left to emphasize that the London jihadi, Khalid Masood, was British born, from Kent – as if he were just some run-of-the-mill Brit who could have just as easily been named James Sinjin-Smythe (h/t: James Bond, A View to a Kill).

What some failed to report – or probably neglected to report, was that Masood was living in Birmingham England, which is terrorist-central in England. Birmingham has become a breeding ground for radical Islamists. After all, is does have the distinction  of “being the birthplace of the UK’s first suicide bomber; the city where the country’s first al-Qaeda plot was hatched and also of being the home of one of the financiers of the 9/11 atrocity.” Of the eight post-attack arrests made in England in the past two days, four came out of Birmingham.

But it’s not only Birmingham that’s a problem. Gatestone Institute reports that, “Belmarsh maximum-security prison in London has become ‘like a jihadi training camp,’ according to testimony from a former inmate. The government was accused of burying a report on prison extremism. The report warned that staff have been reluctant to tackle Islamist behavior for fear of being labeled ‘racist,’” and that, “Voter fraud has been deliberately overlooked in Muslim communities because of ‘political correctness,’ according to a government report.”

This past December, Lifezette reported  that, “In the United Kingdom, ‘you have to have extra vigilance in certain parts [of London] when you are working,’ a London police officer told Breitbart News in December 2015. Also in December 2015, a police officer from Lancashire in northern England told the Daily Mail that, ‘there are Muslim areas of Preston that, if we wish to patrol, we have to contact local Muslim community leaders to get their permission.’”

This appeasement mentality has forced police chiefs to advise officers not to wear their uniforms in some areas.

Once proud Brit, writer Katie Hopkins wrote that England has become just like Sweden – “Terrified of admitting the truth about the threat we face, about the horrors committed by the migrants we failed to deter — because to admit that we are sinking, and fast, would be to admit that everything the liberals believe is wrong.” She adds that, “I will walk over the river tonight and look to the Thames, to the Union flag lowered at half mast, and the Parliament below, and I will wonder, just how much longer we can go on like this.”