You Will View Fox In A New Light After Reading This! 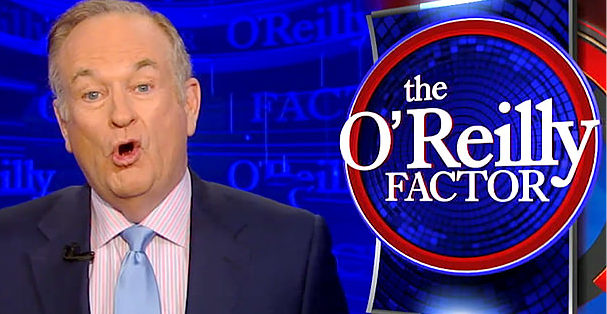 Has  the Fox News Channel (FNC) finally had enough of Bill O’Reilly, the top-rated host in cable news, and his so-called “misogynistic” behavior. The mainstream media and the Left crafted a story which made people think O’Reilly’s “misogynistic” behavior was the reason he was let go. This isn’t exactly true.

I debunked the claim about advertisers by showing that traditional platforms (tv, radio, print) had been losing money in the last 15 years to online platforms, i.e. Youtube, Facebook, Twitter, etc. But the part about FNC letting O’Reilly go, well, there is a sliver of truth there.

Just a sliver though. The real reason O’Reilly was let go had more to do with 21st Century Fox and Rupert Murdoch’s £11.7bn takeover bid of the remaining 61% control of Sky than O’Reilly’s “alleged” sexual misconduct claims. “On May 16 the British media regulator Ofcom is set to judge whether the Murdoch’s are ‘fit and proper’ to own such a large media property,” according to New York magazine.

Twenty-First Century Fox already owns nearly a 40% stake in Sky and for an outsider such as Murdoch to take 100% control brings up two issues. Issue number one has to do with the possibility that the public would be getting a reduction of media plurality and issue number two is whether FNC is committed to the required editorial standards, such as accuracy and impartial news coverage.

What is “plurality”? Plurality is the result of one owner “or voice” having too much influence over public opinion and the political agenda. Murdoch owns and runs the Times, the Sunday Times, the Sun, and the radio group TalkSport through a separate company.

This situation could be what section 58 of the Enterprise Act 2002 was meant to prevent. The need for “accurate presentation of news” and “free expression of opinion.”  So, the New York magazine believes that “removing O’Reilly could appease critics (as well as James Murdoch, the 21st Century Fox CEO) and help close the Sky deal.”

Could the Murdoch owned newspaper News of the World phone-hacking scandal, the revelation that the voicemail of the 13 year-old murdered Milly Dowler’s had been hacked come back to haunt Murdoch and prevent him from gaining control of Sky like it did during his previous takeover in 2011? Could the takeover bid for Sky help lead to the downfall of FNC?

Not only did FNC abandon money maker O’Reilly for what appears to be connected to the Sky deal, but former co-host of Fox & Friends Gretchen Carlson left the network after filing a sexual harassment lawsuit against FNC’s founder, Chairman, and CEO Roger Ailes. Ailes immediately denied the claims then resigned, and finally Megan Kelly left the network for NBC News.This is a big shake-up for a company. We’ll see if FNC can weather the storm.

Like this? Then please subscribe to my blog The New American Statesman. . . it’s FREE! There’s no obligation, here’s the link

You can check out more of my posts at Eagle Landing or my Facebook page.