Putin Offers His “Help” to US Congress 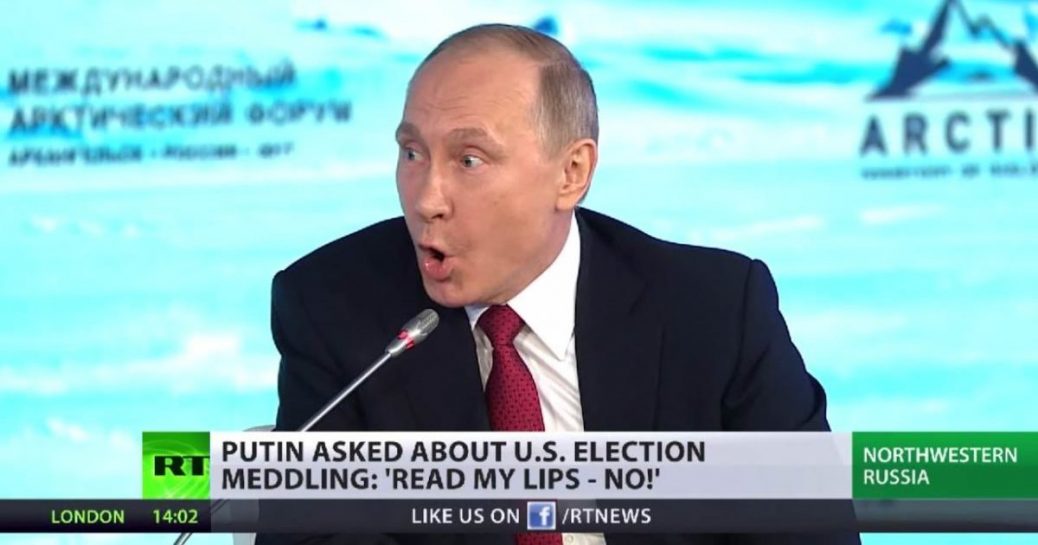 RT (Russia Today) reports that Putin is just as frustrated by the “fake news” media as we are.

The Trump-Russia alleged “collusion” has been eating up the air time for months. We, the patriotic Americans have had enough… and looks like Russia too!

President Trump tweeted that he have shared sensitive ISIS related security intel with Russians in the Oval Office last week. It is “political schizophrenia,” exclaimed Putin to the left media storm, then he offered to give our Congress and Senate full transcripts of the conversations between Trump and Russian Minister Sergey Lavrov! Just stop where you are!

Putin spoke at a press conference recently and made the following announcement: “If the U.S. administration deems it possible, we are ready to provide the Senate and Congress with the transcript of the conversation between Lavrov and Trump.” This press conference occurred just after the Russian President met with Italian Prime Minister Paolo Gentiloni.

Now that Putin has stepped forward and offered his help, we have to wonder what the libs do next? Are they finally going to shut up, and accept facts, or are they going to keep up their nonsense? The Left has been making stuff up as they go along. It seems like they want nothing more than to impeach Trump, and they will stop at nothing to accomplish their goal. They would be foolish to accept Putin’s offer because everyone knows there is no real evidence to support their claim. If Putin is willing to come forward, what could there possibly be to hide?
The short answer is nothing.

Today-tomorrow we probably will have President Trump’s tweet on Putin’s offer. We can expect he will be pleased to hear that this “intel disclosure” can finally be put to rest. And I doubt any left media will report on the transcript when it comes out. They will drop this story like they have so many others.

Anxious to hear Donald Trump’s response to these news!