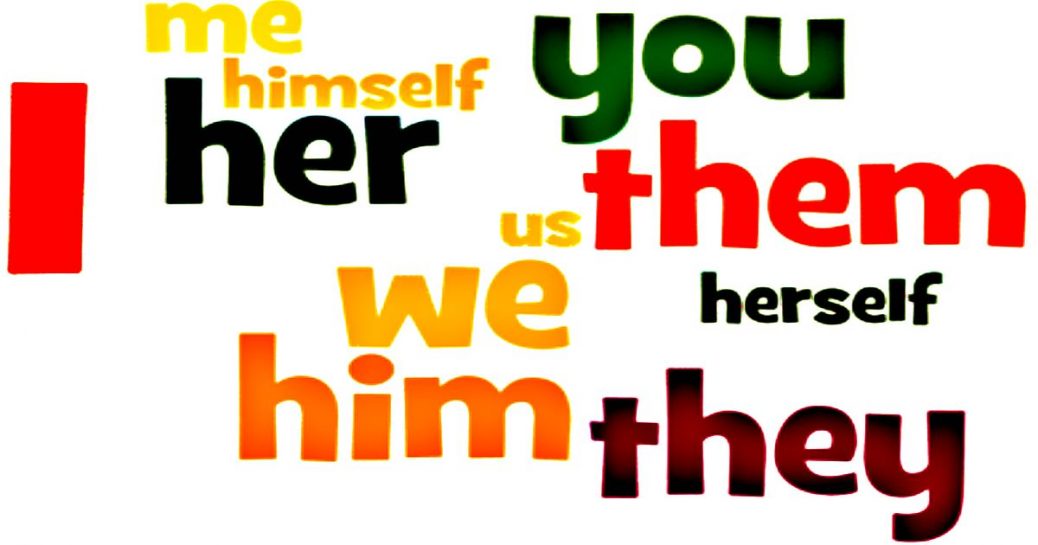 Lately though, there appears to be a new star on the language horizon. This new star isn’t new by any means. It actually can replace the subject which is usually [but not necessarily always] the noun.

What part of the language is this rising star you ask? The “pronoun.”

The transgender community, which makes up anywhere from 0.3% to 0.6% of the adult population in America has become the darlings of the social justice warriors and the mainstream media. Trannies have especially become the favorite of the Left because this minority group can be used to undermine the white, straight, heterosexual community. To understand why the pronoun is getting all the attention lately, we must look at how dysfunctional the tranny community is.

In the 70s and 80s, I was taught in high school science class, as well as college biology class that gender and sex is determined only by a person’s chromosomes; this is standard science, not even cutting edge. Scientists today still preach this, human biology hasn’t changed since my university days.

I say scientists still preach this, but many high school and biology professors in colleges and universities are being harassed for teaching these “outdated” facts.

Biology is now considered “sexist” and “misogynist” and the University of Wisconsin-Madison is out to “uncover and reverse the gender bias in biology”. American Enterprise Institute’s noted libertarian and equity feminist Christina Hoff Sommers is an opponent of radical, 3rd-wave feminists and professors such as Gender Study professors Janet Hyde, director of the Wisconsin-Madison women’s studies department. Janet Hyde is a proponent of the deconstruction of biology.

Christina Hoff Sommers have noted that feminists and SJW’s skewed vision of history with “herstory”, history through feminist eyes; have already infiltrated college and university campuses across North America, the UK, and the EU; the Simpson’s “galgebra” and “femistry” are starting to look legitimate now.

The trannies and SJW’s are arguing that sex and gender are more than chromosomes, it’s part of a spectrum of gender identities which means there can be hundreds if not thousands of representations of gender on the spectrum.

The health and science website Medical Daily, which immerses itself and its readers in post-modern quackery claims that “doctors can no longer definitively look at the penis or vagina of a new baby and congratulate the birthing mother with a cheerful ‘it’s a boy’ or ‘it’s a girl.’”

Biology sex expert Arthur Arnold at the University of California, Los Angeles, told the journal Nature, “sex can be defined a number of ways.” Yes, California’s premiere University which by the way, the free speech denying UC Berkeley is part of is a leader in this type of rhetoric.

One argument that trannies have is not using a persons requested pronoun is being disrespectful. No, this is not disrespectful. Pronoun usage is not a form of respect, it’s a form of generalization. Pronouns are a classification used for people you don’t know until you get to know them. Using the pronoun “he” or “she” is just a form of pragmatic categorization separating half the world’s population of men from the other half whom are women.

The only respect a stranger gets until the relationship moves forward is being called “sir” or “ma’am.” Respect is earned, not entitled.

Identity isn’t purely subjective, it’s only a small part of who you are [or think you are.] The impersonally negotiated element of how you present yourself and the agreement by others of who you are is a bigger part than your subjectively, delusional, self-constructed identity; this is the objective portion of your identity in which you have little or no control over what others think of you.

One way to fix this dilemma is to use gender-neutral pronouns but that’s not much of a fix. The alternatives to “he” and “she” are myriad and right now there are over 70 gender-neutral pronouns and the list is sure to grow. And who knows what gender a person who claims to be “gender fluid” is as their gender changes often, if not everyday.

A linguist at the University of Illinois, Dennis Baron, has catalogued dozens of proposed gender-neutral pronouns, many – including “ip,” “nis,” and “hiser” – dating back to the 19th Century. Some terms come from foreign languages – such as the German-inspired “sie.” Dennis Baron goes as far as to claim that gender-neutral pronouns are an “epic fail” and believes pronouns such as “ze” may not survive.

The only legislation I agree with in Canada is Section 133 of the Constitution Act of 1867 which states when and where the English and French languages may be used.

Also, I agree on sections 16–23 of the Canadian Charter of Rights and Freedoms (which became law in 1982) in which Sections 16–19 guarantee the equal status of both languages in Parliament and Section 20 guarantees the right of the Canadian public to communicate in English and French with any government office.

Outside of Section 133 of the Constitution Act, there should be no legislation of language.

Interestingly enough, it was the Treaty of Paris which was signed in 1763 after the French and Indian War/Seven Years’ War between Great Britain and France, as well as their respective allies ended. France gave up all its territories in mainland North America, except for St. Pierre and Miquelon, two tiny islands off the coast of Newfoundland.

So, the land was now British, but, the French vastly outnumber the Brits by 10:1. So, the British governors allowed the French to keep their language, religion, and laws. It wasn’t because a few French SJW’s in berets went running across Canada playing the victim card.

To this day Quebec follows the Napoleonic Code, while the rest of Canada follows British Case Law.

So, what’s your pronoun preference?

Supporting this page gets you updates on new articles and it allows you to register for future give aways for such items as iPads, Google Gear, Kindles, gift cards, and Fitbits. Also, I believe a different and fresh perspective matters and that’s something you wont get from the MSM.

You can check out more of my posts at iPatriot Eagle Rising, or my Facebook page