Is the American Eagle Unable to Fly? 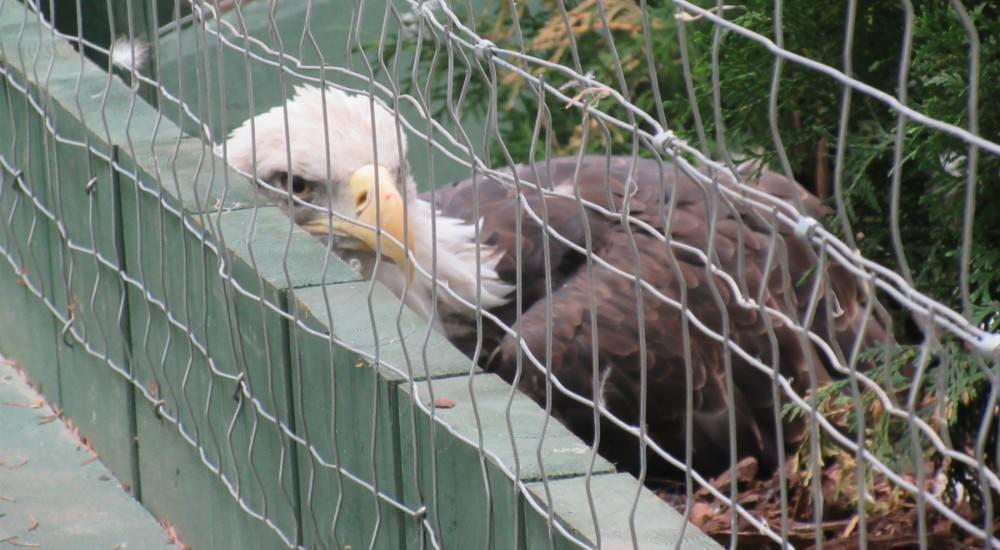 “Take a Good Look at the Photo! Will That Be You?”

Should the sudden and unexpected occur, where President Trump is compromised, FEMA camps across the nation are ready to go! Privatized prison camps owned by foreign investors await with tens of thousands of prison staff, speaking English as a second language, with no American allegiances!

Take a good, hard look at the American Eagle above! It is incarcerated and living without freedom! It no longer flies and soars, freely, but is controlled and lives on subsistence. Given minimal food and shelter, its destiny is ruined and its most amazing freedoms are gone!

This could soon be the mirror image of every Patriotic and Constitutional American! And it will be, if Americans don’t love freedom enough to start doing something about it! President Trump cannot – I repeat, cannot – go it alone! He needs you and you need him! We The People was never meant to be just President Trump and his family!

In his latest newsletter, iconic American Christian researcher, Texe Marrs, quotes Alexander Solzhenitsyn. “We didn’t love freedom enough,” revealed Solzhenitsyn. “And how we burned in the camps later, thinking: What would things have been like if every Security operative, when he went out at night to make an arrest, had been uncertain whether he would return alive and had to say good-bye to his family?”

Do you want to see the American Eagle incarcerated like this? Then you better start planning on doing something now! Otherwise, FEMA camps are waiting to re-educate you and foreign-owned privatized prisons will assign you to a Red, Blue or Green list. The Red list contains names over 2 million Americans to be immediately executed! The rest will be slaves for profiteering foreigners!

The hour glass is running out. Southern and northern border walls have not been built. Christians are still ostracized in the US Armed Forces for reading their Bibles and praying. De-stabilization of the sovereign nation-state remains underway… The “Republic of California” still has its “grass roots” embassy in Moscow.

Russian troops and armaments build up in the Alaskan area. Chechnyan troops are in Colorado.  Latvian, Lithuanian and Estonian foreign police are across America.  Chinese troops are in Idaho and elsewhere.  UN troops are pre-positioned.  Soros is determined, as a Rothschild agent, to fund an oncoming Civil War in America! Political-class Democrat and Republican traitors refuse President Trump’s leadership. The Constitution is being quietly shredded to be replaced by New World Order Regionalism and the draconian Earth Charter.

The New Day of the American Militia!

The New Day of the American Militia! President Trump and the Second Amendment