A Week of Turmoil for the Ages 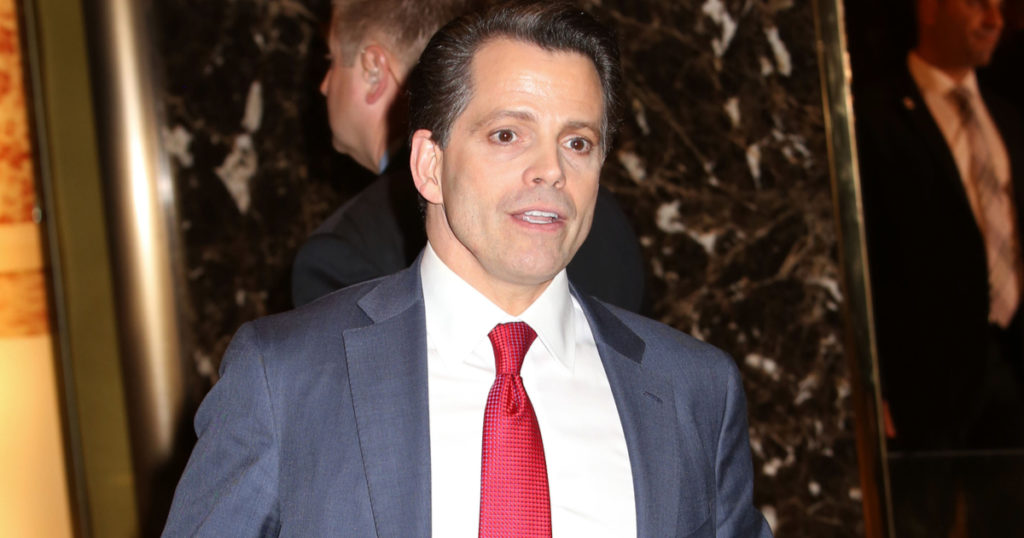 Well, this week is going to be tough to top – at least as far as political turmoil goes.

In no particular order – White House Chief of Staff, Reince Priebus is canned and replaced with current Homeland Security Chief, John Kelly. GOOD! We conservatives knew from the get-go that Priebus was a ridiculous choice for a president who said he wanted to drain the D.C. swamp. Swamp-rat Priebus came directly from the RNC and has been part of the “moderate” Republican establishment. He was/is an establishment hack and would be better suited as Mitch McConnell’s Chief of Staff.

I’m sure Priebus saw the writing on the wall, that he was not long for this world, when Trump hired Anthony Scaramucci as Communications Director. Priebus claims that he was aware of the situation and had actually resigned the evening before.

Don’t quote me, but I think Scaramooch, Scaramooch, can you do the fandango, was formerly a lieutenant in the New York Mafia. He sure looks and sounds the part.

Speaking of Scaramooch – what kind of Communications Director comports himself the way this guy does? I’ve said before that I no longer swear – haven’t for years. And you know what? I find I can still make a point just as forcefully.

I don’t need to be a foul-mouthed a*s to make a point. I don’t know this guy from Adam, but I’ve known plenty like him. He’s a dink who thinks he’s a tough guy and that his – let’s just say, fecal matter, doesn’t stink. Beyond shaking up the department, I’m not sure why he was brought in, but I hope his time is short. And what kind of supposed savvy professional can say he made a mistake trusting a reporter from the liberal New Yorker to keep his expletive-ridden tirade “off the record?” Oh that’s right – another liberal – because that’s what he is.

At only 11 months old, baby Charlie Gard is effectively killed off by the single payer British healthcare system. See what we have to look forward to. After a protracted fight with the British “Death Panel,” virtually every request of them was denied long enough for it to be too late for any outside expert to help. And just to rub a little salt in the gaping emotional wounds of the parents, the “Death Panel” even denied their request to take the child home to die – instead sending him to hospice – God’s waiting room. Chalk up another win for State control.

Thank you John McCain and the other two progressive Republicans for getting us one step closer to single payer.

Speaking of John McCain – he purposely took center stage early Friday morning to stick his middle finger in the eye of the President. He was not going to allow even the most minor victory for Trump – whom he’s despised since Trump’s prisoner of war comment during the campaign. Not that the “skinny” repeal would have done anything really, but McCain was determined to come back for this purpose alone. And his grandstanding on the Senate floor, with his overly dramatic “thumbs-down” and walk-off proves it. This was strictly personal and he didn’t care about any consequences. Another proud day for Republicans.

Did you hear? North Korea launched another ICBM. It’s just a matter of time before they are able to fit a nuke atop one. Maybe soon we won’t have to worry about Russia collusion and who was in what meeting.

Debbie Blabbermouth Schultz is in deep doo-doo after her DNC IT guy, Imran Awan is arrested while trying to flee to Pakistan. Couldn’t happen to nicer person. Awan is suspected of stealing Congressional members’ personal information and defrauding the Federal Credit Union.

Since his arrest, Wasserman Schultz has avoided reporters. This includes running back up the House Capitol steps and into the building with staffers in tow at the site of the press,” writes the Blaze.

President Trump takes to Twitter (what a shocker) to attack Attorney General Sessions and to tweet that the military will no longer accept transgenders or allow them to serve.
Sessions admitted the tweets and comments were “kind of hurtful.” Regarding the military transgender thing – good for Trump. The military shouldn’t have to worry about such nonsense. Now stop tweeting and make it an official directive.

What a week, eh! I’m sure I even missed a few, but this one will go down in the record books.