Charlie Gard: Britain’s Shame and a Symptom of the Decline of Nations 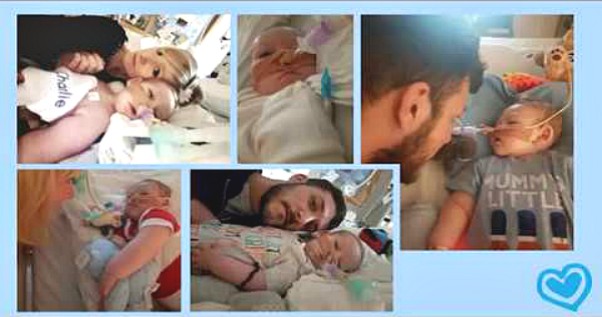 Decent people around the world have pondered, prayed, labored and wept over the little angel we know as Charlie Gard. None have been more exasperated and tortured than his parents. Now, it seems our thoughts and prayers must shift to them as little Charlie’s time draws near.

In the event that some may not be fully familiar with Charlie Gard, an explainer by author Kaitlyn Schallhorn has been offered by Fox News that fairly covers his plight and the timeline of events.

The legal battle and all the confusion are indeed a symptom and a warning of the total failure of socialized medicine and the impotence of modern Britain’s MPs, Elizabeth, Theresa May and the entire nation.

If there are any victors in the matter it would be the judges who have decided both in Britain and the European courts that Gard’s treatments should be abandoned. It is a victory that produced a defeat by adjudication for Charlie Gard.

It was once said that, “The sun never sets on the British Empire” who could have foreseen that the sun would eventually set, due to a penchant for socialism, in a world in deep decline. Charlie Gard is the prima facie evidence of that deep and tragic decline. After a glowing history that produced the likes of William Shakespeare, Winston Churchill, Princess Diana, Elizabeth 1, Oliver Cromwell and many others, the depth of the decline is well illustrated.

The judges ignored the offer of Donald Trump to bring Charlie to the U.S., therefore the order to pull the plug would be carried out by the Great Ormond Street Hospital (GOSH) which recently made arrangements for Gard to be transferred to a hospice facility.

While the Democrats and general discontents in the U.S. are busy attacking Trump, America and anything that is right and decent – this new President has shown himself to be a gentleman, a humanitarian and a lover of the ordinary citizens of any nation. But judges were busy playing with their own powers as Trump’s offer was waylaid for their own interpretation of expediency. It was an interpretation that dilly dallied until the hour had passed, all at Charlie Gard’s expense.

The late Rev David Wilkerson, the author of “The Cross and the Switchblade” was considered by most to be a true prophet in his time. In one of his early books (1974) called “The Vision” Wilkerson warned of a time when free nations including America would see a breakdown of the family. He said this would result in judges and courts being relied upon to make major decisions about children that traditionally would have been solved by parents

Judges know nothing about the children and they make lousy substitutes for parents. They may be just and compassionate, but they are disconnected from those they decide for and if they should be liberal leaning judges, the result is always much worse.

Our dependence on judges is symptomatic of a breakdown in true authority; it is an outcropping of living apart from God.

God told men and women to be fruitful and multiply not hospitals, doctors and nurses and judges. Now that government is in charge we are all on a fast train to confusion. When problems arise in a lumbering bureaucracy people die waiting for authorities to act. The only people that acted right in this melee were Charlie Gard’s parents.

Nations have given their personal freedoms to rulers and the result is forthwith and terrible.

There remains only two questions, the first was asked by Dr. Michael Brown in a piece published on the Barbwire website in an article entitled “WHAT CHARLIE GARD TAUGHT US”.

Dr Brown asks, “By now, most all of us have heard that his parents gave up the fight for his life, stating that the window of opportunity for special treatment was closed. This must be an extraordinarily bitter pill for them to swallow, since it is their country’s health care system that refused to allow him to receive him any experimental treatment, thereby sealing his fate.

In the words of Charlie’s mother Connie, “We are so sorry we couldn’t save you. We had the chance, but we weren’t allowed. Sweet dreams baby. Sleep tight our beautiful little boy.”

What is Charlie saying to us?”

Dr. Brown’s answer is scathing, but not nearly as biting as the answer to the second question.

God also asks why we have chosen to ignore his commands and the plan and pathway he has decided for our own good. The answer is as follows.

“We lie down in our shame, and our confusion covereth us: for we have sinned against the LORD our God, we and our fathers, from our youth even unto this day, and have not obeyed the voice of the LORD our God.” (Jer 3: 25)

Notice: On Friday July 28, 2017 while writing this article little Charlie Gard died. We in America along with our President are saddened, but we know your suffering is now over. Farewell to you for now little angel we will see you again. Our deepest condolences to your loving parents.