Is Trump a Puppet of the Military Industrial Complex? 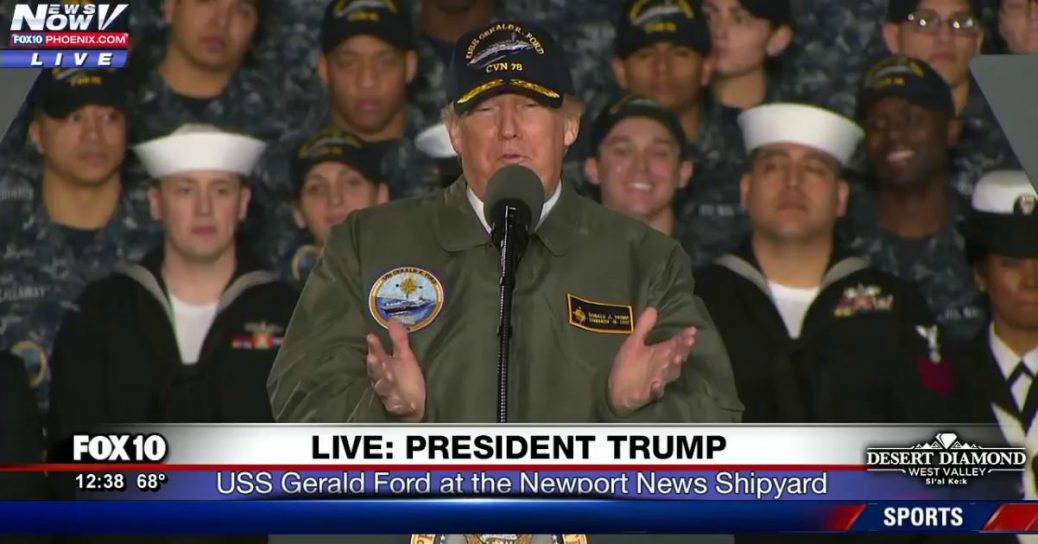 Former Canadian Defense Minister Paul Hellyer, in the shocking video below, reveals that what the Military Industrial complex wants – war with communists, terrorists, and alien ETs – is exactly what President Trump wants!

Rep. Mike Rogers: “I am so excited to have the support of President Trump as we work towards this goal” of creating a space force.”  Exactly what the Military Industrial Complex wants.  Paul Hellyer revealed it like it is!  Did We The People elect President Trump to create a space force?  The answer is a resounding NO!

“He is very interested in ensuring that the department is best organized and equipped to achieve our vital missions in space,” Kenneth Rapuano, assistant secretary of defense for homeland defense and global security, told lawmakers on Thursday.

Enough is enough.  $120 billion American tax payer money to Saudi Arabia.  Armaments and American troops to Israel.  But have the US National Guard been called home?  Have the veterans in all 50 states seen dramatic health care improvements?  Is this facade of returning a paltry $5000 per annum to help rebuild the American middle class to be tolerated?

As conservatives, We The People must now call President Trump to account?  What are his direct and indirect investments with the Military Industrial Complex cabal?  How can President Trump live with himself, knowing that the Military Industrial Complex cabal laughs and laughs and laughs, as they dangle him like a puppet, moving that little puppet hand to sign anything they want!

Enough said.  The following 30-minute video by former Canadian Defense Minister Paul Hellyer says it all – better than Infowars, much better than Infowars – as he tells the Truth about who is really running things.  And it’s not President Donald Cabal Trump….  He is the latest coward in the White House.  By not striking the SOURCE of Soros and Rothschild Communism, Islamic terrorism, and space-war profiteering – the Military Industrial complex – he GUARANTEES these will go on forever!