Trump is Your Only Choice if You Like Babies and Borders 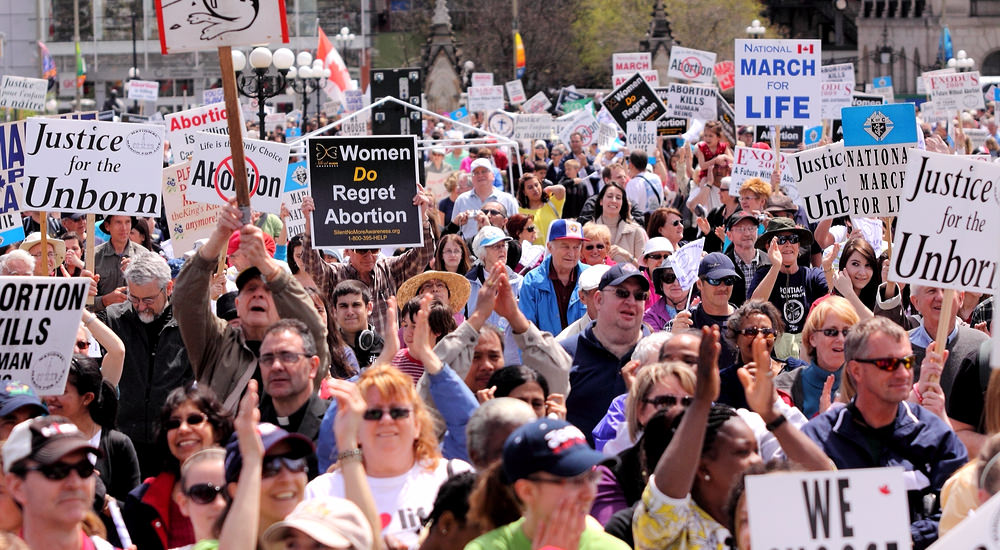 WILL AMERICA AS A NATION HAVE A RIGHT TO LIFE?

After reaching a high of over 1.6 million in 1990, the number of abortions performed annually in the U.S. have dropped to around 1.06 million a year. 58,586,256 Abortions in America Since Roe v. Wade in 1973 …  But be aware!  A record 61 million immigrants and their American-born children now live in the United States.

Consider: Almost 60 million abortions in America since 1973! And 61 million illegal immigrants now in the United States!

Has America already been judged for 60 million abortions with 61 million illegals? This would be a plausible and fatalistic excuse for accepting the downfall of America.

Or should we more responsibly consider the hardcore Marxist cause of both? Marxist Communist Margaret Sanger and Eleanor Roosevelt – Hillary’s lesbian mentor – advanced abortion! Trotsky’s Marxist multiculturalism began when he invented the word “racist” to counter growing European opposition to Marxist multiculturalism.  Both are diligently promoted in “politically-correct” liberal Marxist colleges and universities.

Hillary’s buddy, Soros, funds the population-controlling abortion organizations. (By the way. Next time you hear Soros was a “Nazi Collaborator” know he did so to disguise his Communist self.) Hillary as president would guarantee the continuance of Marxist abortion and Marxist multiculturalism.  In this event, Divine judgment on America would be assured.

The abortion/industrial complex includes a host of globalist abortionists and collagen-industry profiteers. New Age women in America, for years, have worn baby-collagen cosmetics, believing it helps them get in touch with their “spirit guides.” The globalists strive for 2.5 billion for their global cashless-economy computer in Brussels.
Is all America to be judged for these groups?

If America is to be judged, it will be for a.) being unrepentant and b.) allowing these Marxist groups to de-Christianize America.

1. Illegal aliens end up taking jobs which would be filled by US Citizens or “Legal” immigrants if the illegals were not here.
2. Many dishonest employers hire them at wages much lower than ‘normal’, and end up driving wages down for all workers.
3. Most illegal alien families end up on various forms of welfare, taking taxpayer money to support people who should not be here in the first place.
4. Illegal aliens commit crimes at a MUCH greater rate than US Citizens or Legal immigrants.
5. 61 million Illegal and poorly-assimilated “legal” immigrants will soon be voting!

In the Word of God, the Holy Bible, 2 Chronicles 7:14 assures us, “If my people, which are called by my name, shall humble themselves, and pray, and seek my face, and turn from their wicked ways; then will I hear.”

And do we ever need Him to hear! Because without His Divine angelic assistance – and the Holy Spirit working through Veterans for Trump, Citizens for Trump and Biker Veterans for Trump – all America is sure to be aborted! Listen! Attempting to restore America with the best of secular intentions is like nailing Jello to the wall! Call out to Jesus Christ today!