Today’s Lesson: How to Offend a Liberal 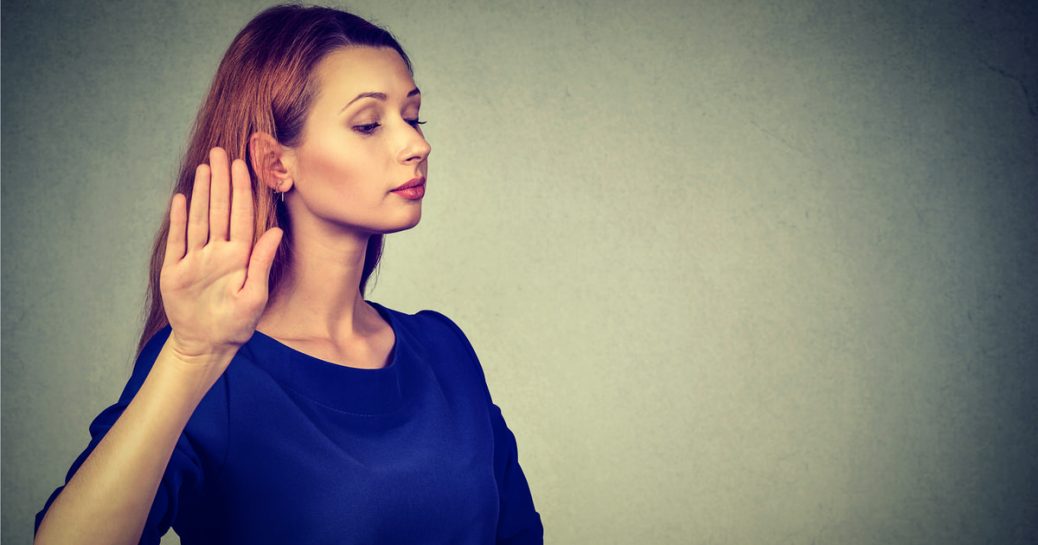 Liberals can, and will, find a way to offend themselves no matter what!  For a liberal to become upset, he or she (Ze, Hu, Mx, Ne or whatever pronoun they have chosen) simply needs to see or hear something other than what they want to see or hear…anything.  If they don’t retreat to a safe space, the fragile pastels immediately grab their ‘at the ready’ colored markers and cardboard.  They make signs, tweet their angst and take up arms in opposition to sanity.

Take for example the following billboard: 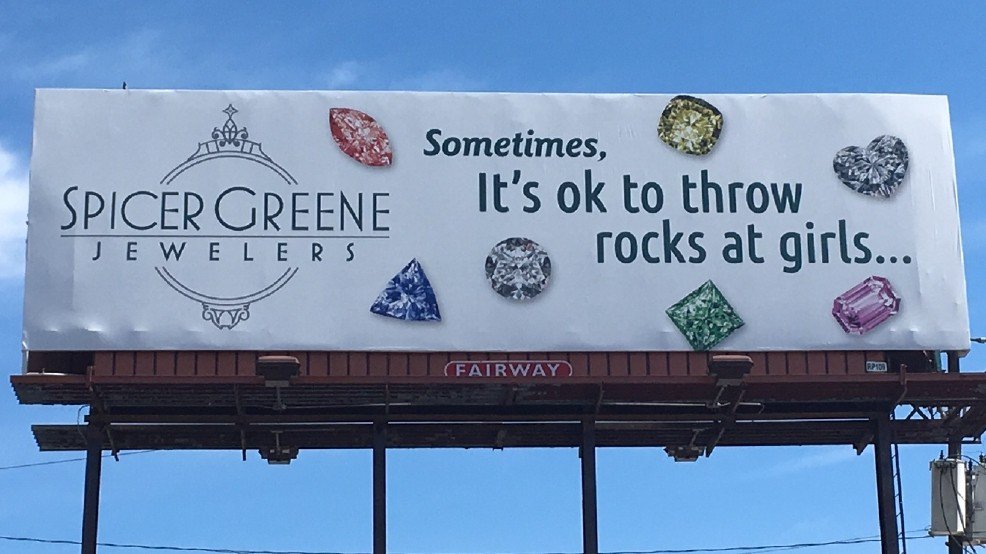 Fake news? Perhaps. But the Washington Post, USA Today, CNN, Huffington Post, Time.com and many other MSM and Internet sites carried some form of the story accompanied by pictures of protesters offended by the words of the billboard. Twitter, Facebook and other social media sites spread the word of the advertiser’s hatred for girls and women. “It’s never OK to throw rocks at girls” they said. Instead of accepting the message of the advertisement by Spicer Greene Jewelers, they took to the streets in condemnation of the company that toyed with a well-known saying.

In this case, the hell-bent-for-divisiveness coalition took a few words on display out of context and allowed the syllables to fuel their anger. The true message is pretty obvious to anyone of common intellect. It’s even within the picture. We’re not talking large granite projectiles or even dirt clods hurled at innocent children. They’re gemstones, you useless idiots. Women and girls generally like elegant and colorful adornments.

However, liberals can find anger where there is no reason for it. How can they do this? It is inherent within the doctrine they accept. <link>

They, the snowflake lemmings of the left, condemn normal minded individuals for wanting biological females to use one public restroom, locker room or shower facility and expecting that men use others. They use hate words like homophobe and bigot to describe people who choose to have gender specific privacy areas. They become hostile as they try to denounce relative normalcy in the name of civility. (It’s the inclusive and compassionate liberal way.)

However, let a one of them discover an obvious sexual pervert or known molester, (allowed by the social engineering laws they promote) within what was once their personal space. That’s the time they want the individual arrested for following their liberal directives.

Liberals are easy to offend and anger. Just be reasonable, use logic.  It will get to them every time.