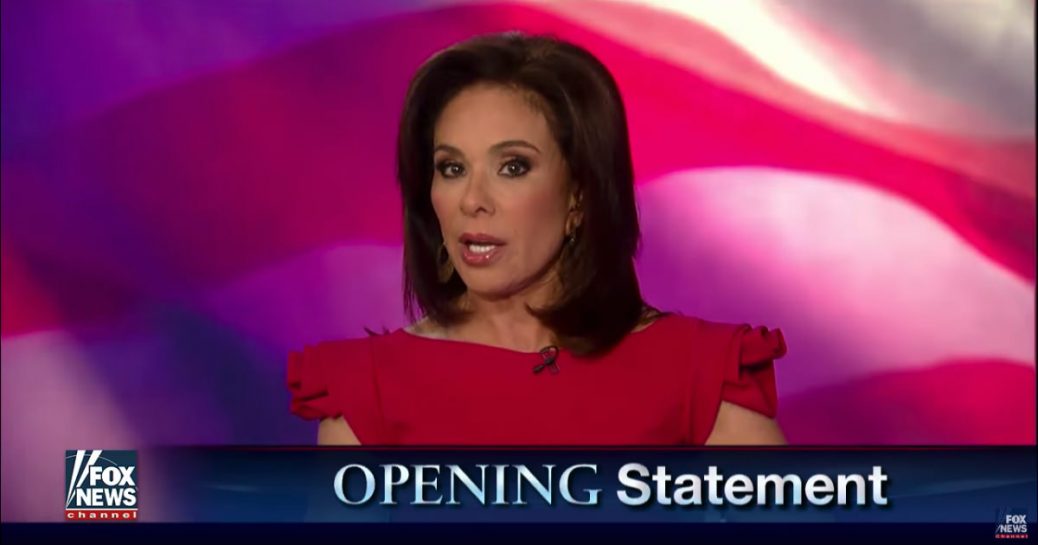 Fox News’ Judge Jeanine Pirro took the Democrats to task on Friday for their cowardly attacks on our President and their continued whining about the direction of the country.

“Don’t stand for our values? Pray tell, Perez, what are our values and what is it you want us to resist– law and order? The letter of the law? The Constitution? The plenary powers of the President to protect Americans?

I have a prediction to make.While the left acts like children who just can’t get over the fact that Hillary lost the election and simply won’t stop their abusive invectives against the man who was constitutionally elected, calling him ‘not legitimate,’ and his cabinet ‘scum bags,’ that man is doing the job we hired him to do. He is building up and modernizing the military, as well as strengthening law enforcement…

These bozos still haven’t figured out exactly what Russia did. But they must have done something because Queen Hillary should have been coronated…”