The Treason of the Clintons 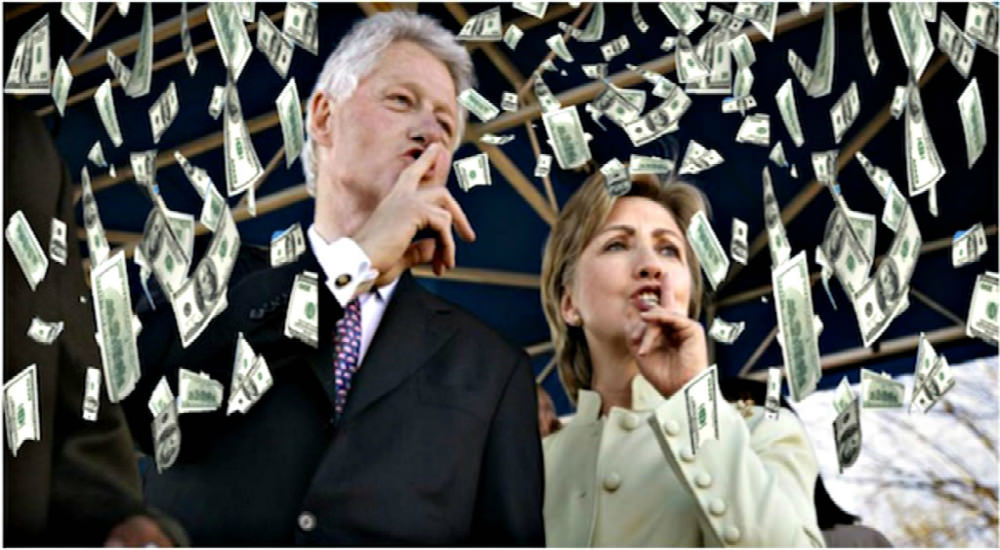 Bill and Hillary Clinton committed a far greater treason on America than the Julius and Ethyl Rosenberg who only passed a crude schematic with theoretical dimensions of the critical components and nothing of the Klystron detonators using a tube very like the one in your microwave to fire the explosives surrounding the U235 or plutonium core of the device. 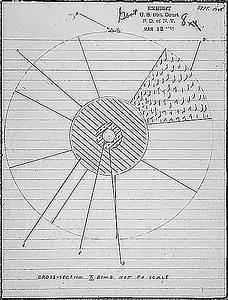 The Clintons further constricted our access to uranium ore by 20% when we only have 1% of the world’s source ore and Russia has 8%, but they set us up for another world war that became more certain with their selling us out for a $145 million contribution to the Clinton Foundation and a $500,000 Russian speaking fee for Bill.

Uranium is very widely distributed in Earth’s crust.  Small deposits are found in many places and the greatest concentration is in Australia which could well turn out to be the key to our next world war.  China clearly has intentions of dominating their side of the Pacific ocean.  They are not only building military bases and facilities on islands and atolls, but are building islands too!  Given the span of this activity it is clear China has a long term plan for expansion and domination of western Pacific and everything in it.

China has only one large aircraft carrier, but they are now building two.  The one they have was based on an old Russian container ship that had been abandoned as the Russians do not have the word “maintenance” in their language.  They have no idea of the concept and it is the one link they have to Islam which also is devoid of the concept.  The people of the Arabian Peninsula have gotten away with it where the Russians have not as their land is “bone dry,” no humidity and no rust.  No such luck for Russia.  If you ever see a “rust bucket” ship in a harbor you can bet it is of Russian registry.

China wants to dominate the world, feeling it their right as they have the largest population, but Russia has the largest land area, even though much of it is under ice.  China has the oldest society, invented gunpowder, noodles, but not the Fortune Cookie as that came from San Francisco in the 19th century.  However, China sailed and mapped the world in antiquity, but made lots of mistakes as they had not invented longitude.  The Phoenicians did in 6,000 BC.  Nonetheless, China’s ambition remains.

China has, or soon will, develop an invasion plan for Australia as they have a full 29% of the world’s uranium reserve.  China’s intention is driven by energy and not the weapons of war as they are gassing themselves with coal dust as they seem not to understand the Cottrell Precipitator technology invented in Oakland, California in 1903 or the other coal waste substances that can be captured profitably as they are ores for rare earth elements!  China sees Australia as the solution to their most pressing problem, save having no girls thanks to their Communist population reduction with the “One Child” policy.  Millions of Chinese girl babies were aborted or killed on birth.  China now has many angry young men.

Meanwhile, Australia facilitated a Chinese invasion by outlawing personal firearm ownership.  There is no greater gesture of welcoming invasion could they make than eliminating citizen arms.  Now it appears to us that Australia could be taken by two or three divisions of lightly armed men where no one would dare invade America as, “They all have guns!”  The greatest armed force in the world is the American hunter.

Given the Clinton’s position in the Democratic Party, selling off our uranium and railing against private gun ownership we have to wonder what kind of deal exists between the Clintons and Chinese?  Let us recall that the Chinese Red Army was caught making a $300,000 contribution to Bill Clinton’s first national election.  That matter was never prosecuted and no word was published about what happened to the money!  How deep is the DC swamp?

The Chinese are also said to be building 12 nuclear submarines for escorting the carriers as nothing is a better defense against submarines than another submarine.  This fact tends to confirm their intentions and Australia is the only reasonable target they could have.

We can be sure this potential has been formulated for years, if not decades, by our CIA analysts as well as many private analysts who supply information to businesses in international commerce for the purpose of structuring “bulletproof” deals.  Regardless wars, commerce continues as documented by Prescott Bush in the WWII era. How deep be thy swamp?

The Clintons were clearly players this long term plan with their deals and we call it treason as the quenching of these deals will do much to end wars before they start.  Such is the treason of the Clintons.