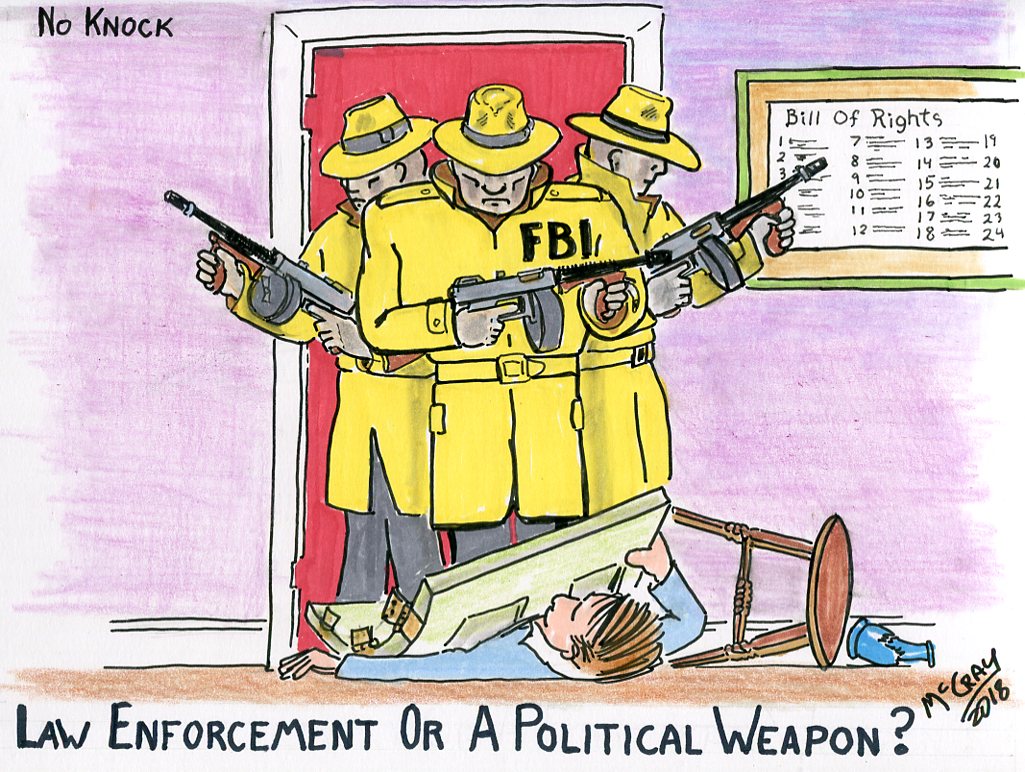 Special Investigator Robert Mueller handed off part of his so-called investigation of President Trump to the FBI Office in New York City, who executed a No Knock raid on the office of President Trump’s Lawyer.

This smacks of the type of raids conducted in the old Soviet Union and Nazi Germany, this is straight up police state tactics.

Mueller hasn’t been able to find anything he can use to get Trump so now he sends in the dogs to intimidate and terrorize those connected to President Trump.

If this is given legal standing, then we as a country are in big trouble.