The Shunning of Our Christian Heritage 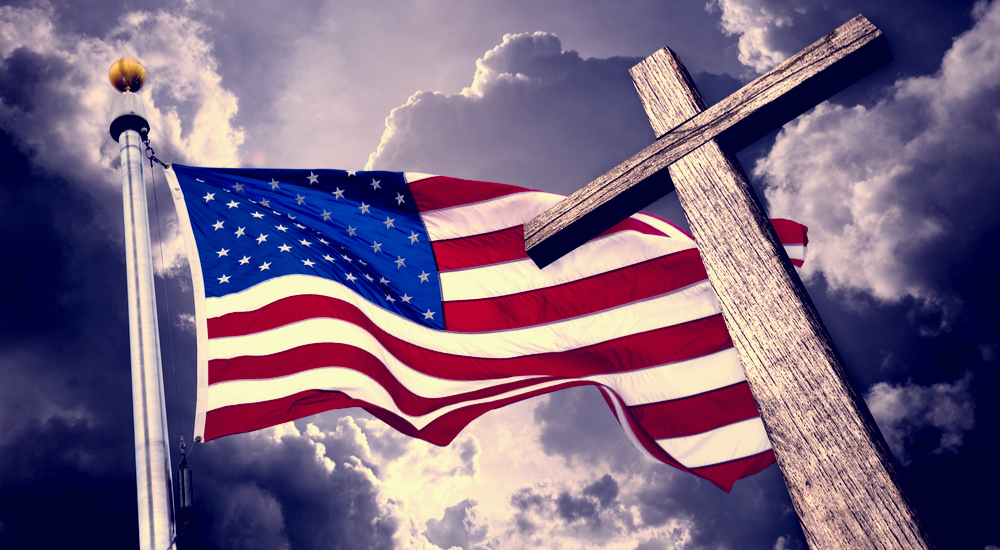 The Shunning of Our Christian Heritage — Part 1

As a new era in American history emerges, one that has thrown our Christian heritage aside for a new philosophy that is old as man and as ungodly as Sodom and Gomorrah, we should look back at how the Founders felt about the comingling of church and State.  We are all aware of organizations like the ACLU,  People for the Separation of Church and State and others who want to revise how our nation was really founded and put meaning into the Constitution that the Founders would never have imagined.  Since 1947 when the Supreme Court reversed the meaning of the First Amendment the attack on our Christian heritage has kicked into high gear.

Most of today’s so-called historians state that the Founders were not religious people and that they required that religion is kept behind closed doors are tell outright lies.  I remember reading an article in the LA Times and the author stated that Christianity was not an influence on the Founders and most were atheists and deists.  If they had studied any of the Founders they would not be able to say that or they simply just refuse to acknowledge the faith of the Founders.  This is what I believe to be the case.  Our Founders were very strict in their following of the Bible and the teaching found in it.  Fifty-two of the fifty-five men who produced the Constitution and worked on the Bill of Rights were committed members of orthodox or evangelical Christian churches.  It is impossible to deny how these men felt about comingling their faith with their government.   Separation of church and state as we know it today was unthinkable to the Founders.  Patrick Henry stated: “It cannot be emphasized too strongly or too often that this great nation was founded not by religionists but by Christians, not on religion, but the gospel of Jesus Christ.”  John Adams stated: “We have no government armed with power capable of contending with human passions unbridled by morality and religion. Avarice, ambition, revenge or gallantry would break the strongest cords of our Constitution as a whale goes through a net. Our Constitution is designed only for a moral and religious people. It is wholly inadequate for any other.”  James Madison stated: ‘We have staked the whole future of American civilization, not upon the power of government, far from it.  We have staked the future of all of our political institutions upon the capacity of mankind for Self-government, upon the capacity of each and all of us to govern ourselves, to control ourselves, to sustain ourselves according to The Ten Commandments of God.’  George Washington stated: “Of all dispositions and habits which lead to political prosperity, religion and morality are indispensable supports.  In vain it would that man claim the tribute to patriotism who should labor to subvert these great pillars.”

When you study the documents left by our Founders, letters, books, court decisions, diaries and even the Declaration of Independence and the Constitution you will see statements like these and references to these beliefs.  The Founders knew that the Gospel of Jesus Christ and the success of this nation were inextricably woven together and if they were ever separated it would destroy the very fiber that was holding this nation together.  Obama once stated that Islam was within the very fiber of our nation.  That is an outright lie as it is only the gospel of Jesus Christ that is the foundation of America and the fiber that holds her together.

In an in-depth study done by the University of Houston’s political science department on the ideas, philosophies, and principles our Founders used to form the Constitution and the Bill of Rights, their conclusion was; “Ninety-four percent of the source of the material used in the Bill of Rights came directly from the Bible.”  This was not a Christian university but a secular university.  Facts are facts and these are the facts that the revisionist historians simply ignore or refuse to admit exist.

What we see happening in today’s society is happening because the people lack knowledge of not just our history but our rights as well.  This is why Kim Davis was thrown in jail when she refused to issue a same-sex marriage license.  She broke no law.  Just because the Supreme Court issued an opinion did not make that opinion law.  The judicial branch cannot make law, only Congress can do that.  The State of Kentucky’s Constitution states that marriage in that State can only be between one man and one woman.  The Supreme Court’s decision has no bearing on that.  Secondly, the US Constitution guarantees each State a republican form of government which means they get to decide the things that the federal government is not directed to control in the Constitution.  Even if it did make it law our First Amendment states that we have a right to exercise our religious freedoms which means she cannot be forced to violate her faith.  Remember in Obamacare Muslims don’t have to participate because it violates their ‘faith’.  Well, if they can’t be forced to violate their faith, why is it necessary that a Christian be forced to violate their faith?  These are things that the average person doesn’t know or is not aware of primarily because our media will not report this truth.

The sole purpose of the First Amendment was to ensure that there was no state religion as was in England where the government ran the church, taxed the people and governed its doctrines.  It was to ensure that the federal government had NO jurisdiction over the church in any manner including schools, public meetings, and all other places.  If there was to be a separation of church and state that the opinion of the Evers v The Board of Education case calls for the many questions have to be asked.  The opinion stated that this is what Thomas Jefferson called for but if that is the case then why, after the Boston Tea Party, did Jefferson call for a day of fasting and prayer specifically those in government?

Over the last 100 years we have allowed the government to take a little of our religious rights away at a time and now we are being thrown in jail for standing for Biblical values.  When will we see a pastor jailed because he preached on Leviticus 18:22?  How about preaching against the shedding of innocent blood, abortion?  Maybe it will be living together outside the institution of marriage.  The ball has begun to roll and we will see more attacks on those who stand for Christian principles.