The Wall Needs to be Around California 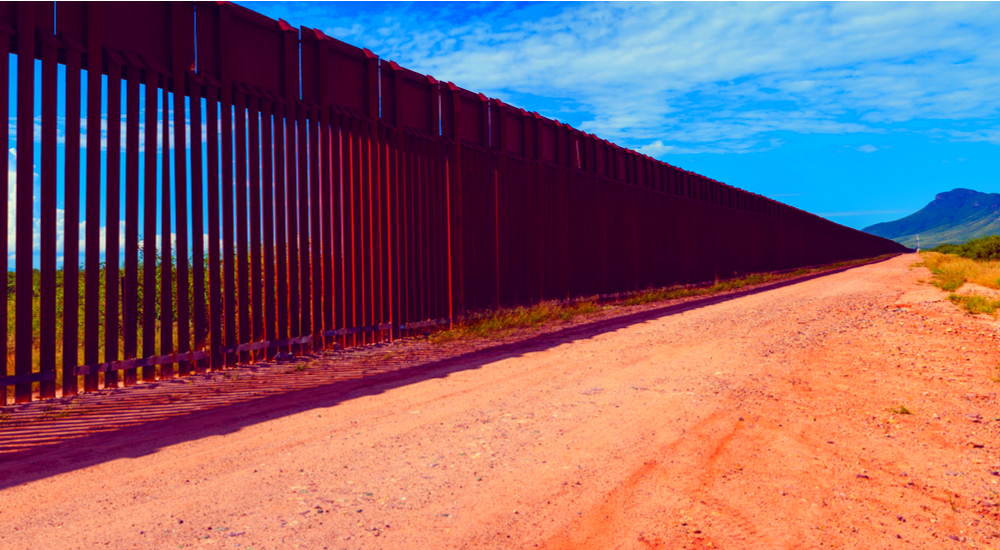 While the wall separating the borders is important and would be a deterrent to those wanting to come into the U.S.A. who should not be here, such as smugglers bringing in drugs and trafficking human beings into this country for prostitution, a much more important wall should be considered.  The State of California should be totally fenced in so nobody can get out and infect the rest of the country.  The State of California has been described by column contributor, Lawrence Craig, who sees California as, “The largest Insane Asylum in the World. He may have something there.
Have you noticed the laws being passed there? Remember the Queen of California, Nancy Pelosi, stating to Congress: “Just pass the bill, THEN you can see what’s in it.”  Remember former Governor Moonbeam who declared that people with AIDS CAN give blood.  If you can remember, in California it is LEGAL to go anyplace in the city while stark naked! That’s right, you might be eating in a restaurant with your family and this naked dude comes in and plops down at the table next to you. The LGBT crowd is so prominent in the city that they have their own flag.
It is interesting that the L.A. Times revealed these stats which SHOULD be of great interest to all thinking Americans (which of course excludes Democrats). And remember that this is all about ONE STATE.
1.  40% of all workers in LA County (10.2 million people) are working for cash, and not paying taxes. This is because they are predominantly illegal immigrants, working without a green card. (Donald Trump was right)

2.    96 percent of warrants for murder in Los Angeles are for illegal aliens.

3.  75% of people on the most wanted list in Los Angeles are illegal aliens.

4. Over 2/3 of all births in Los Angeles County are to illegal alien Mexicans on Medi-Cal, whose births were paid for by taxpayers.

5. Nearly 35% of all inmates in California detention centers are Mexican nationals; they are here illegally.

6. Over 300,000 illegal aliens in Los Angeles County are living in garages.

7. The FBI reports half of all gang members in Los Angeles are most likely illegal aliens from south of the border.

8. Nearly 60% of all occupants of HUD properties are illegal.

9. 21 radio stations in LA are Spanish-speaking.

Less than 2%  of illegal aliens are picking our crops, but 29% are on welfare.

Over 70%   of the United States’ annual population growth, (and over 90% of California, Florida, and New York), results from immigration.

Also, 29% of inmates in federal prisons are illegal aliens.

And we allow this to happen?

And This is only one State. The reason? Nancy Pelosi wants them to become Democrat voters, which will do it every time.

Windfall Tax on Retirement Income  … Adding a tax to your retirement is simply another way of saying to the American people “you’re so darn stupid that we’re going to keep doing this until we drain every cent from you”. Nancy Pelosi wants a Windfall Tax on Retirement Income. In other words, tax what you have made by investing toward your retirement. This woman is a nut case! You aren’t going to believe this.

Nancy Pelosi wants to put a Windfall Tax on all stock market profits (including Retirement fund, 401K, and Mutual Funds)!

Alas, it is true – all to help the 12 Million  (only 12 million?)  Illegal Immigrants and other unemployed Minorities!

This woman is frightening.  She quotes..  ‘We need to work toward the goal of equalizing income, (didn’t Marx say something like this?) in our country; and at the same time limiting the amount the rich can invest.

When asked how these new tax dollars would be spent, she replied:

We need to raise the standard of living of our poor, unemployed and minorities. For example, we have an estimated 12 million illegal immigrants in our country who need our help along with millions of unemployed minorities.  Stock market windfall profits taxes could go a long way to guarantee these people the standard of living they would like to have as Americans.
(Read that quote again and again and let it sink in.) ‘Lower your retirement; give it to others who have not worked, as you have’ for your money.
This woman is out of her mind!!!
Who said, “you don’t need god anymore you have us, democrats? “
NANCY PELOSI , 2006
We are grateful to Lawrence Craig who tipped us off on these stats.