The Role of Pastors 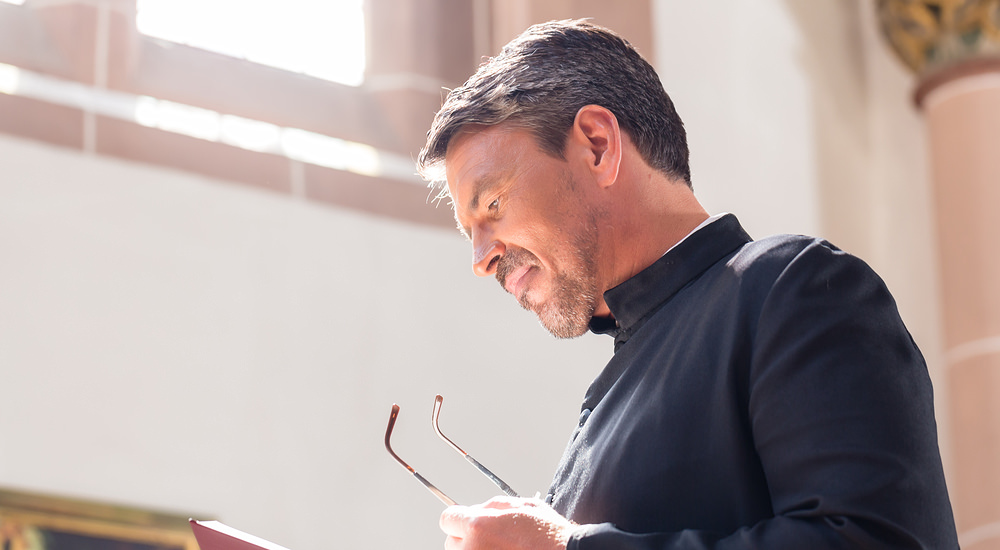 Many nursing home and hospital nurses have a little game called ‘Guess Who’s at the Door’. A man arrives on a ward or at the door of a Home, usually outside normal visiting times, and the staff try to guess what he is by his dress. It seems ministers almost always wear black suits, dark ties, white shirts and polished shoes! It is not unusual to confuse them for undertakers!!

Have you ever asked yourself why many ministers (correction: they are ‘pastors’; every Christian is a ‘minister’) should dress this way? One big reason is to fulfill the expectations of onlookers… which is a fairly weak reason, but that’s how it is. Pastors are ‘supposed’ to look very serious, as though they are attending a funeral. Even young pastors fall into this trap of not being themselves. I remember seeing one young man sitting outside on his own on a blazingly hot day, complete with long sleeved shirt, tie and flannel trousers.

He was obviously very hot and uncomfortable. Here was I in a t-shirt and shorts and there was he trying his best to look solemn. He just looked uncomfortable! He was probably not aware of the rules, which state that ministers may (but only rarely) unbutton the top button on a shirt (no more than that) and may roll sleeves up twice, but below the elbow! Apparently, if a pastor dresses any other way, his spiritual state is in doubt. (This is no joke… I’ve heard similar charges!).

Another reason for this sombre facade is that pastors, almost without exception, see themselves as ‘professionals’. Amongst independents and evangelicals, this is not spoken out loud – but one can tell by attitudes that this is so. To such folk, they are of similar ‘status’ to, say, solicitors, or doctors. This is a throwback to an older age, when most preachers were the product of university divinity faculties and a lot were former medical men. Today, many pastors have not had an higher academic education. Nothing wrong with that – but their equality with a doctor can hardly be in academia.

So why the status notion? Another thing about pastors is that most of them receive a ‘stipend’ (I don’t) which is, in other words, a salary. ‘Stipend’ sounds better than ‘salary’, even though that is really what it is! (Interestingly, many pastors receive more in real terms than fellow members in their local church, what with free fuel, free housing, expenses and ‘stipend’.  Paying pastors is okay – but we must be very careful not to equate it with ‘professional’ status or salaries.

Now let’s get to the real issues…

Firstly, a pastor is the same as an elder – he is an elder! Yet, how many churches have an hierarchy with the ‘pastor’ at the top, ‘elders’ below him and ‘deacons’ below them, followed by other ‘lesser mortals’, such as Sunday School teachers and finally, those “down in the pew”. There are differences in this ‘pecking order’, depending on denomination, but the hierarchy still exists! It seems one must work his way ‘up’ from being a deacon to being an elder – but, unless one attends a full-time Bible college course and is ‘ordained’ by the college, there is no step-up from ‘elder’ to ‘pastor’.

Many variations of these intricate ‘rules’ exist. For example, a large church sent off a member, to become pastor of another church. But, he had not been Bible-college ‘ordained’ and so was ‘not allowed’ to call himself a pastor. Instead, he was called a ‘teaching elder’! For goodness sake, get real!

ALL OF THE ABOVE IS UNBIBLICAL! A pastor is the same as an elder and, wait for it, the elder is the same as a bishop. They are interchangeable names for the same office. But, a deacon is not the same as an elder/pastor; he or she is simply one who attends to the practical and often mundane tasks in the local church, such as looking after the money, visiting the sick, and so on. The idea is to leave the pastors free to attend to their spiritual work.

There are no hierarchies in the Bible and no ‘promotion’ systems. Furthermore, a pastor is equal in status to the deacon and to the ‘lowest’ member of the congregation. The pastor is merely another member, but with a defined task to perform. He is an under-shepherd who has no authority of his own – it is all of Christ. He is not a ‘boss’ and need not always lead at every service or on every ‘committee’.

The pastor is chosen by the Lord, not by the people. He is not elected by the diaconate or by a show of hands. He must do his work as directed by God, not by diaconate preference or pressure. It is up to the other members to recognise his calling, but not to elect him. An elder is not ‘voted in/out’ of office!

Pastors should not be youngsters – especially if they have gone straight to a Bible college from school or from university – but must be proved within their own local church. Ideally,  pastors (note – more than one!) of a local church should be ‘home-grown’ and known well to all the people (see articles on my website). There is no limit on the number of pastors in any one church (though common sense should prevail). No Bible college can ‘ordain’ a pastor and no pastor has any real right to be called ‘Reverend’ – for this is a word used only of God Himself.

Oops – I Stepped on Some Toes!

When I first presented these notes in full article form, certain folk were outraged! One told me I was a Marxist who only wanted to undermine and destroy the pastorate!  But, I am myself a pastor – and everything written in these notes applies to myself, too (doubly so!).   All I am doing is presenting a biblical statement.

We must all recognise that whilst all pastors, without exception, are equal to all other members of the Church of Jesus Christ, they tend to be very isolated (and often, lonely) persons. This is mainly because members do not realise the pressures on them.  Many push a huge ‘work-load’ onto the pastor’s shoulders; because they pay him and want a pound of flesh! But, a true pastor is ‘worthy of double honour’.  Yes, he is also the ‘servant of all’ the members.  The two go hand-in-hand.

The pastor is never an employee, even if paid. Rather, he is God’s man in that place.  He takes his orders only from the Chief Shepherd, Jesus Christ, through the Holy Spirit and God’s word.  A pastor might require words of guidance, but that is not the same as being dictated to.  The members should obey the just and Biblical injunctions of the pastor, as of Christ, Whom he represents.

I know many excellent men who are pastors (women are barred from this office). They are genuine and sincere.  They work tirelessly for those they shepherd and they love them all.  Even so, there are many false pastors, hence the need for plain talk.

Holding to Truth a strict, unwavering command.  Truth is Truth, no matter what we think!  No texts in scripture are open to personal interpretation, which is why it is vital today to speak of such truths.  If God says so, but men resist, we must still say God says so, whether or not our listeners like what they hear.