What is the Charlotte Police Department Hiding? 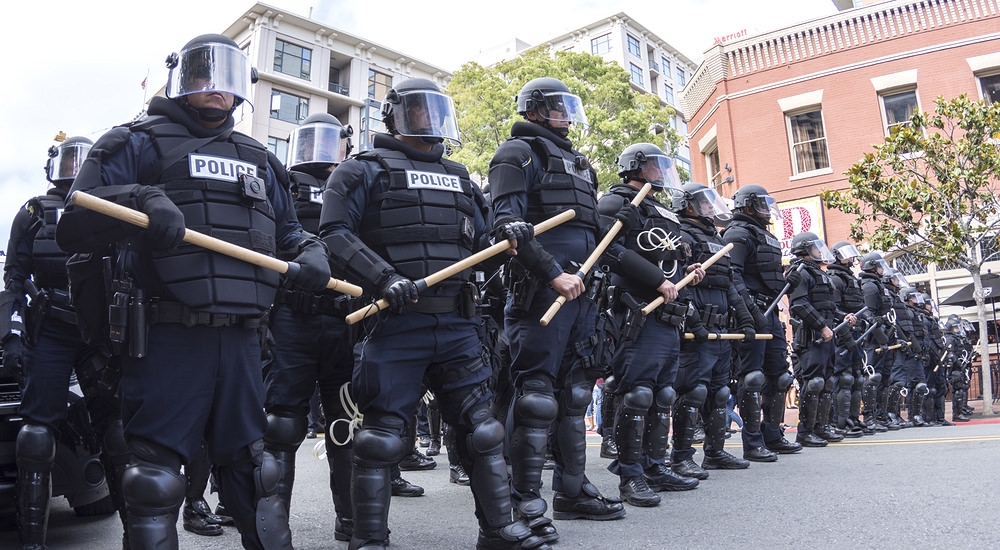 UPDATE: It just keeps getting better. Keith Lamont Scott’s mother, Vernita Scott Walker, said the man was reading…the Koran before he was shot. Ya can’t make this stuff up folks!

Why isn’t the Charlotte-Mecklenburg Chief of Police, Kerr Putney, going to release the video of the altercation between police and Keith Lamont Scott?

According to the chief, it is clear that Scott had a gun. But then he back tracked saying: “The video does not give me absolute, definitive, visual evidence that would confirm that a person is holding a gun.”

So what does that mean? From his declaration, there is but one conclusion we can make in confidence – that Scott did in fact have a handgun. Evidently other evidence and witness accounts support the police narrative that officers opened fire only after Scott refused to drop his weapon, so he did in fact have a weapon. It was neither holstered nor in his waistband. He was in fact holding the weapon. It was not a book he was holding as “witnesses and family” have claimed.

Therefore, since the weapon was drawn, Scott must have intended to use it. Yet leftist websites and news outlets like the Huffington Post, drew a different conclusion from chief Putney’s statement. They claim that, “He [Putney] did however, note that the video fails to establish that Scott was holding a gun when he was shot.”

This is absolutely NOT what the Chief said. Putney obviously chose his words very carefully. We don’t know why – just that he did. Watching the video of that segment of the press conference, adds further context to his statement. As he is explaining that there is “no definitive evidence” that “a person” is pointing a gun, he uses his hand to mimic the act of pointing a gun. In other words – he had a gun, but wasn’t pointing it.

And then there is this. “Scott didn’t own a gun or habitually carry a gun, the family has told their attorneys,” Scott family attorney Bamberg said. So Scott didn’t own a gun. That begs the further question of whose gun did he “not habitually carry?” Through his statement the attorney admits that Scott did carry a gun from time to time. We just don’t know whose – and regarding this case – it is immaterial.

there, so I can only speak for myself.

Yet apparently the police were not even at the scene for Scott. They just noticed him sitting in his car holding a handgun. According to the officers, when they confronted him about the brandished weapon he refused to comply with them. I assume they asked him to drop the weapon, which is perfectly reasonable. I also assume that when the police said he refused to comply, meant he would not drop the gun.

And here in lies the stupidity of this entire incident as well as the other, where an unarmed black man, was shot dead in Tulsa Oklahoma. That man clearly had his hands up. It’s not disputable, but apparently the police repeatedly told him to get on the ground. Rather than comply, the video shows him, hands in the air, strolling back to his vehicle, which was stopped in the middle of the street. Really?

This is what all these police shootings have in common – belligerent men, making a conscious choice not to comply with a police order. And all suffer the consequences of their poor choices.

Put yourself in the shoes of these cops. Does anyone really think they go out looking for black men to shoot? If for no other reason, we all know by now that, right or wrong, the minute an officer confronts a “person of color” and pulls the trigger, his or her career and the life they knew has ended. The female officer involved in the Tulsa incident has already been charged with manslaughter. I don’t know how old she is, but at the very least, her career is finished, all because of racial politics. Like it or not, we know this to be true. If this individual had been white, the officer would not be charged so hastily.

No police officer in their right mind would make this choice willingly. Therefore, there appears to me to be two reasons why the video footage will not be released. One is that the officers did portray the event differently than the video and the other is that it did go down the way the police described and the Chief is getting hit with intense political pressure from above not to release it.

I would like to think that the second choice couldn’t be, but sadly, it’s more likely, given the racial politics of the left today.

And to add insult to injury, after the Obama Justice Department is finished sticking its nose in these two cases, you can add Charlotte and Tulsa to the growing list of federally controlled police forces.