The Passing of a Great Man 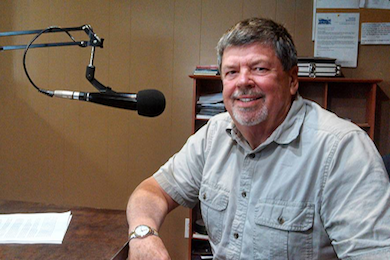 The best friend I ever knew has just passed.

Pete Doughtie, the owner and editor of The Rutherford Reader died at 12:04 AM on January 10th, 2019, after a serious and extended illness. His symptoms started in June, and at the time of his death, his doctors still hadn’t determined what was killing him.

I just thought I’d pass this along, since it will be in The Reader on January 17th. I think it’s good to note the passing of the Good Guys, since there are so few of them left these days. Pete fought every political battle there was to fight, and I know; I was at his side for each of them.

This is a tribute to a True American Patriot … one of the last of a breed of dying men … men who said what they meant and meant what they said … real men unafraid to face any opposition, whether it was a foreign threat or a domestic threat or a threat from our own government.

Pete Doughtie ___ he was my editor, but he was my friend first and foremost, and I have never regretted knowing him or having him in my life, not for one second. He was without a doubt one of the finest men I have ever known, and this community, Tennessee and America are going to be lesser places without such a fine, wonderful and dear man, who entered a room bigger than life and always filled it with a smile, wit, humor and love for all he met. And I don’t think Pete ever met a stranger in his life.

Pete had the faith of Abraham and trusted his life and the lives of his sons and grandchildren to God. He was a rare combination of someone who had a love of life and a firm understanding of life’s most important matters, like the simplicity of living a life with those you love, although his life was far from simple, offering up complexities and many struggles. His main concerns, over any material possessions, were always family, God and America first.

Who would have ever thought that a little boy from Virginia would grow up, serve in the U.S. Army and in Korea, and go on to make such a huge impact in the state of Tennessee and America, through The Rutherford Reader,a newspaper he and his dear and loving wife, Kaye Sadler Doughtie, established nearly two decades ago right here in Murfreesboro, TN? He gave a voice to millions of voiceless Americans, who were being silenced daily by the Progressives in power and the mainstream media that has moved steadily farther and farther left.

We can’t speak of Pete’s life without acknowledging the many battles he fought on behalf of the people of Rutherford County, Tennessee and America, and the fact that he was deeply involved in the politics of the country. Whether it was issuing numerous warnings about the Islamization of America and Sharia law and calling for the deportation of the Muslim Brotherhood; his fight with the county over recognizing his paper for public notices use; his fight against censorship — in defense of Freedom of Speech and Freedom of the Press and his regular defense of the U.S. Constitution and Christianity, his strong conservative Christian worldview made Pete a force that could not be ignored across the state of Tennessee. And it was amazing to see all the shakers and movers, from Steve Gil and Lou Ann Zelenik, congressional candidates, to State legislators, such Joe Carr, Bill Ketron, Rick Womick, and many others over the years, come to him for his blessing, as the editor and owner of one of the best conservative newspapers in the country, with over two million views a year. He was even invited to a private meeting with Geert Wilders, the leader of the Party for Freedom in the Parliament of the Netherlands in May of 2014.

He loved all and had a wealth of friends everywhere he went, and although he made an abundance of enemies by way of his conservative stance in the many political arena’s, he never really hated his enemies. He strongly disliked what many of his enemies did, but he also hoped to awaken them and one day bring them to the love and joy that came through knowing Jesus Christ as their Lord and Savior. So wrong were those who too often accused him of hating his opponents and those who would destroy America.

Pete was a speaker of TRUTH, a newsman since 1965, and it was his well thought well delivered truth that warmed the hearts of so many good and decent people. As a journalist — which he sometimes ironically denied being — he stood in great company and often beat Andrew McCarthy and Frank Gaffney to the heart of the matter on issues, especially concerning national security. Pete often asked, “Who will stand up?” Well … he did, and often, with hard-hitting, factual articles, that placed him on the front lines of many battles to preserve the freedoms you and I hold so dear — his words shining like new silver dollars in the sunlight.

In 2011, Pete wrote: “I’m sick and tired of not being counted when I’m offended. So many of Us are offended every day, but we do not speak up; we just smile and take it, yet if you are something other than ‘white American’, you are allowed to demand things be YOUR way. And the sad thing is, you get what you demand. Well, it’s time WE demand a few things.”

In an interview with Jerry Gordon, publisher of the New English Review, Pete related how the September 11th terrorist attacks prompted him to his battle against the spread of Islam in America. Pete remarked: “After 9/11, I knew we could no longer ignore the fact that Islamic terrorists were carrying out their plans with a vengeance for the destruction of the West. We reflect a Christian perspective through the paper. When I got into Sharia law, I knew we were in trouble.”

Even Christian men have their limits, and it was impossible not to laugh ’til your sides ached, on the day that after an especially aggressive provocation, Pete justifiably told Eric Allen Bell, a freelance reporter and Muslim apologist at the time, to step away from him and Lou Ann Zelenik, adding: “I’m going to stuff that camera right up your ass”. Pete certainly did not broker any nonsense on his watch.

And I can’t count the times I have heard Pete observe, rightly so: “We have been a strong Christian country, and if we don’t get back to it, the whole face of this nation is going to change.”

After nearly two decades of friendship, I came to know Pete as a man for all seasons. Just as in Ecclesiastes 3:1-8, he knew there was a time for all things under the sun and under Heaven:

Pete’s life was really a love story. Of all the people he touched, his most proud achievement in life was marrying Kaye Sadler, who he had known from their kindergarten days ’til his final breath. So poignant is the telling of their first “date” and a walk to the local theater for a movie, in the 4th grade. Kaye supported him in all his glory during his heyday — they supported each other, as they raised their sons and watched their family grow with many grandchildren. Kaye lovingly supported him physically and spiritually during their last days together.

How his eyes shone and sparkled, whenever he spoke of his wife and his sons and grandchildren.

This I can, with a mixture of pride and humility, say for myself. The memory of this moves me deeply now that he is crossing the River Jordan, but is remembered by me as he goes to his burial amid the sorrow, and pride, and thanks, of all of you who stand and feel for yourselves and so many thousands who mourn the passing of this wonderful man.

Pete Doughtie stood tall among his peers, a lion and a leader of men, a man of intelligence and chuckling humor and penetrating understanding, who expressed the simple and enduring feelings of ordinary men and women. As a great American patriot, he was able to speak for the American people, and as a Statesman of excellent character and morals — although he never served in public office — he was able to warm hearts and inspire courage across Tennessee; he was such a fine human being that he lit the lamps of hope at many firesides and relieved many of our countrymen from despair. I thank God for him and I celebrate his life with all the joy that he brought to so many, who truly knew him.

And never forget this. Pete’s wife is with us here in Murfreesboro, a great and gracious lady in her own right. Could I send her your love, and mine? She has suffered an irreparable loss. But she has proud and enduring memories. Happy memories, I venture to say. We share her sorrow, but I know she would love to hear the our wonderful memories of this fine man, who she loved for all her life.

Pete was a fountain of light and hope, and as he makes his journey to Heaven, I’m sure St Peter has the gates wide-open in anticipation. It has been many a decade since one man in Tennessee accepted so many burdens and left behind so many precious and splendid memories.

Pete was a voice of truth and reason and he spoke with courage, defiance, and hope and a rugged confidence for himself, for Tennessee and for all America. His was a life well lived.

Good-bye Dear Friend. ‘Til we meet on the other side, You will be sorely missed.