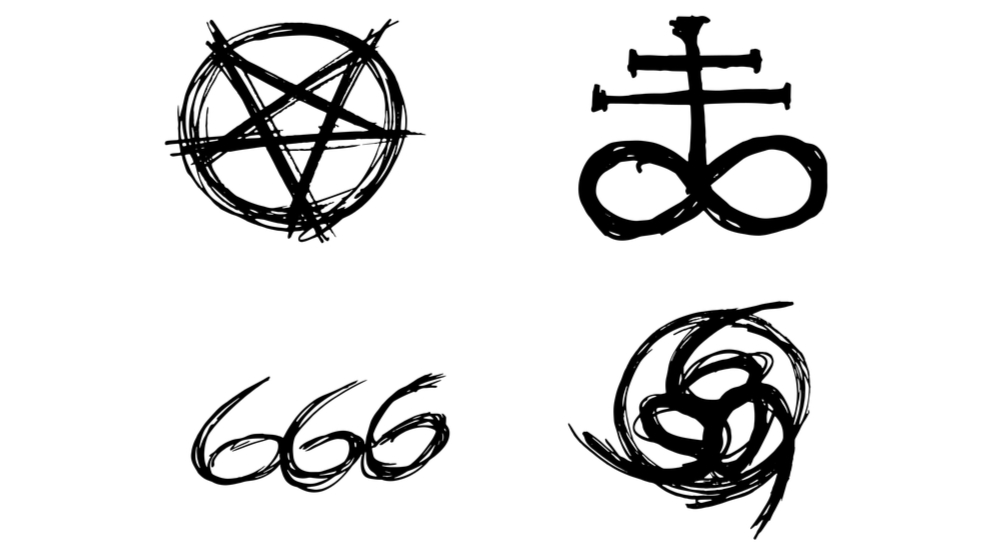 American lawyer Constance Cumbey was the first to reveal the conditions of receiving the Mark of the Beast for the cashless economy. That is, an accompanying oath or pledge will be mandatory, simultaneous with receiving the digital chip – now the size of a grain of sand – allowing one to enter the prophesied cashless economy, forever sealing one’s eternal fate in hell.

Indeed, Cumbey was the first to sound the wake-up call to refuse the mark and its accompanying pledge. She warns this will be administered in “revitalized churches” and Masonic lodges as well as Freemason-controlled institutions.

To understand the substance of this soon-required pledge, one must first understand the blasphemous pledges in Masonry and Masonic lodges. For Masonic lodge members, these have served as a pre-conditioning for their consenting to “just one more pledge” when receiving the mark for the cashless economy.

Tragically, these will serve as widely-publicized role models to motivate others, in the final analysis, to seal their eternal fates in hell, as well. Freemason senators, congressmen, administrators, pop-culture icons, liberal Interfaith Clergy, will all lead the way for an easy acceptance of what the Bible has strongly warned against for centuries!

The 1924 Chicago (Deep State) edition of the Masonic Encyclopedia reveals, “Every lodge is a miniature temple. Every lodge member is a temple worker.” All Masonic lodge members, globally, have sworn oaths. These are blasphemous and horrible oaths which start with the Entered Apprentice. Penalties of lodge oaths are unchristian, bloodthirsty and murderous.

And if President Trump were really a Christian – and not a Masonic advocate as demonstrated in his latest National Prayer Dinner, May 1, 2019, where he professed all religions are paths to God – he would demand all his Masonic appointees renounce their wicked non-Christian Masonic pledges and oaths…

But as the Temple is next on the Kushner and Trump agenda for Jerusalem – the Temple longed for by Judeo-Masonry for centuries – it is not likely the Masonic Trump appointees will renounce these oaths. For just as the Mason-supported Temple will house their world leader, the Antichrist, all “revitalized churches” and Masonic lodges will demand a pledge when receiving the Mark of the Beast for the cashless economy.

Masonic oaths, taken at their face value, mean that Masonry assumes the right to have assassinated those whom they may count traitors to the order. This includes all Masonic Trump appointees who are pledged to Masonic globalism. President Trump would have to take strong measures to protect Christian appointees to renounce these oaths, knowing that lodge oaths on Christians are not binding and MUST be renounced and broken. (Yes, unwitting Christian congressmen, senators and diplomats who took these oaths, must renounce them and be protected for doing so. Masonic controls over Trump appointees is one of the worst areas of the Swamp.)

Although many Masonic lodges display Mason-authorized King James Bibles, except for the 87+ lodges in Israel, the KJV content is ignored when rebuking Masonic oaths:

Matthew 5:34-37 “But I say unto you, Swear not at all…” James 5:12 “But above all things, my brethren swear not, neither by heaven, neither by the earth, neither by any other oath…” Any oath at all is a sin. Every lodge member violates this plain command in every degree he takes.

And with every Mark of the Beast digital chip, taken for the cashless economy, an oath will be required or one cannot buy or sell. As we keep in mind the chip will be tissue incompatible and break out in grievous sores after only 5 months, it’s definitely not worth taking an oath for… Let alone worth sending one’s soul to hell for, which Divine Scripture is very clear on.

What will this oath include? It will include a Divinely-irrevocable pledge to the ultimate Mason, the Antichrist, and his very brief world economy and system. The computer for this in Belgium and the implants for hands or forehead are all ready to go.