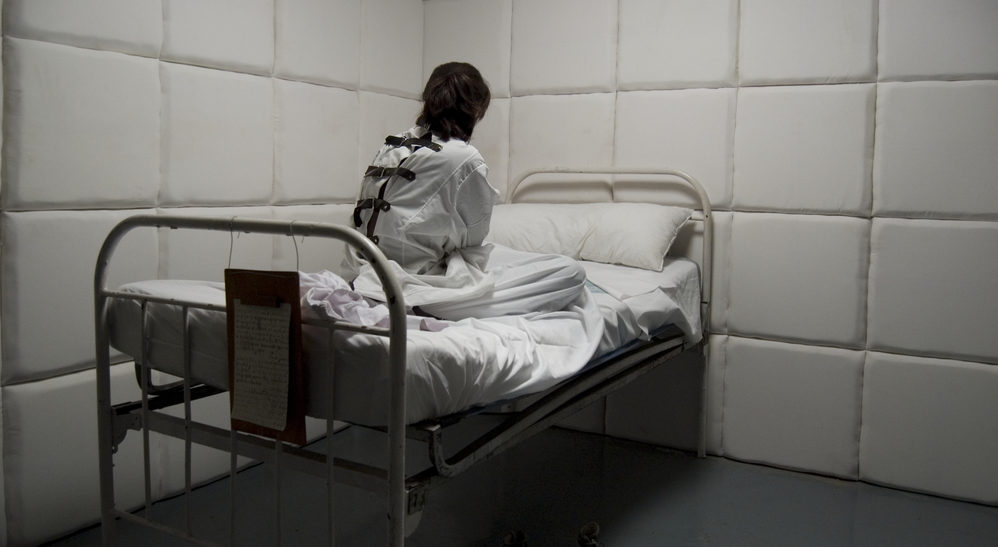 In the 1970s I was working in mental hospitals as a psychiatric nurse. It was a time when stark horror was mixed with despair. I witnessed, and learned about, the worst depravity and evils. Yet, it was a time of exciting and stimulating spiritual growth and witness. That time – which ended with the ravages of a debilitating illness caused by violence – was highly constructive, yet, humanly speaking, I never wanted to return to that kind of environment.

Even during my training, I had serious doubts about my profession, and by the time I qualified, I was known to be ‘anti-psychiatry’ (in the academic sense; other nurses will understand the term).  Almost from the start, I questioned the whole sphere of psychiatry because it simply did not square with what the Bible said.  So, I wrote to experts all over the world, debated with consultants (some well-known) and spoke to Christians in the same field. This resulted in a huge document which examined Christians and mental illness; it was read (and approved) by Dr Martyn Lloyd Jones.  Frankly, it got me nowhere!

It did not take long to discover that psychiatry, as I witnessed it in National Health and other British institutions, was humanist (and cultist) through and through. As a Believer, I could not accept it and this created a constant conflict within myself.  I was warned never to apply my Christian principles to cases. But, when I did, there were remarkable results.  I later was offered a column in a Christian newspaper and regularly presented the Christian view of mental disturbance.  Of course, I often collided with psychiatrists and therapists on various issues!  As time went on, I moved entirely from believing anything at all in psychiatry, to placing my belief in Biblical principles.  This was a far bigger challenge than it might at first seem to be, for I did not know of any other Christian in the profession who had similarly examined the whole of psychiatry and. systematically rejected its entire basis.

My opposition to psychiatry quickly became known and soon I was debating with my own hospital’s consultants at work and in newspapers, as well as with famed psychiatrists in psychology magazines. But, all I got for my trouble was… more trouble (even though they could not support their own claims)! Those who have no proofs always resort to ridicule.

The whole ethos and atmosphere of a mental hospital has to be experienced to be understood. From the moment I walked in to my first ward, I realized I was in another world!  There is a strange camaraderie amongst staff, but also appalling sexual promiscuity and unbelief.  Patients and staff mingle in such a way as to be indistinguishable, as both share the same environment and ideas.  It is also the worst environment to enter as a nurse if you have personal problems, for it will quickly reduce you to a crushed semblance of a person, so intense are the relationships and experiences (particularly on acute/violent wards, but also on admission wards for neurotics).

Psychiatry is full of hypotheses that oppose each other. Some of them are ridiculous.  And most are blatantly anti-God.  Some of them use Eastern mysticism as a backdrop and others (such as Gestalt) can induce suicide.  After a while, I refused to take part in, or to lead, psychotherapy sessions.  I saw it all as a farce and as an humanistic manipulation of minds with godless results. I have since come to see ‘Christian’ counseling in the same light (for my Masters, I compared mainstream therapies with supposed Christian therapies, and found almost no difference).

Behind many so-called mental ‘illnesses’ there is gross immorality or, some severe social errors. The fact that psychiatry insists on referring to mental ‘illness’ does not help, for it makes people feel they are genuinely ill… and if they are ill, they are not responsible!  Thus, they remain ‘ill’ and continue in their immorality or other godless state.

Many psychiatrists see themselves as gods or, at least they allow patients to see them that way.  Yet, in a psychiatric hospital many doctors only play at being doctors (all UK psychiatrists are qualified doctors). They are full of hypotheses.  Ward nurses see the reality of what is going on and, very often, their conclusions are far removed from those of the doctors. However, most nurses, too, are amoral and humanistic toward their patients.  This is an intolerable situation for a Christian to work in, or for a Christian to be a patient in.  This is because, in the eyes of psychiatry, Christianity is at best just a mythical crutch and, at worst, a harmful social menace.

Violence – verbal, mental or physical – is a way of life in a mental hospital. When I qualified, I took charge of a ‘violent’ ward.  It was filled with the most violent men, most of whom were murderers and very evil.  Without a doubt, some of them displayed all the marks of demon-possession or oppression.  Yet, in many tight corners my attackers inexplicably backed down.  Some verbally called out the name of Jesus in anger or fear as they cringed away from me.  Others groveled and crawled on the floor as I stood over them.

On the other hand, I was often at the receiving end of extreme violence from men who screamed their abuse aimed at my beliefs. In many other ways, demon influence was markedly obvious. And this evil influence was not confined to the violent ward – it was everywhere.  In many places in the hospital, evil was like a cloud hanging over everything.  Psychic (demonic) disturbances were common, even amongst staff.  And as the only Christian in the place, I was the object of daily taunts and derision from my fellow nurses and others.  Even so, it helped build Christian character!

Patients entered the place with a whole host of maladies. Most of them were self-inflicted, by way of immorality, etc.  The psychiatric answers were woeful and ruinous.  Drugs were given to dampen down consciences and guilt feelings, when such guilt was real and well-deserved.  Psychotherapy helped to allay fears of godly or human retribution, when patients had deliberately done some awful, sinful things.  Depression – so common today – was said to be an ‘illness’ when, all along, it was the natural result of refusing to face up to personal responsibility and, often, was the result of immorality (including incest, which is common in the lives of some patients) or anti-social activities.

My work as a nurse led me to live anxiously, mainly because as a Christian I loathed violence. But, in the hospital, I had to face it and deal with it daily.  When I approached deacons or the pastor in my church, they had nothing to offer, and even ‘counseled’ me to do the work, so I was alone. At first this conflict led to injury to myself: the first time I walked on to a violent ward I was strangled almost to death! (I then learned how to take care of myself). I used to go home shaking inside.

Despite my calm exterior, I was almost a wreck inside: this and several injuries finally led to my resignation after the sudden onset of a year-long illness, which crippled me for many months, leading to my resignation.

I left with the view that a mental hospital is nothing but the devil’s playground. He induces people to sin in many ways and some of those ways end in mental disturbances, which are ‘treated’ by psychiatry.  A mental hospital is no place for a Christian… as Christ Himself said: “Let the dead bury the dead”!  By all means try to help a person, but don’t enter Satan’s den to do so. Despite all this I had intense tuition in what makes people tick, and this has helped me throughout my pastoral and other work.