Obama has Brought the U.S. to the Brink of War with Russia 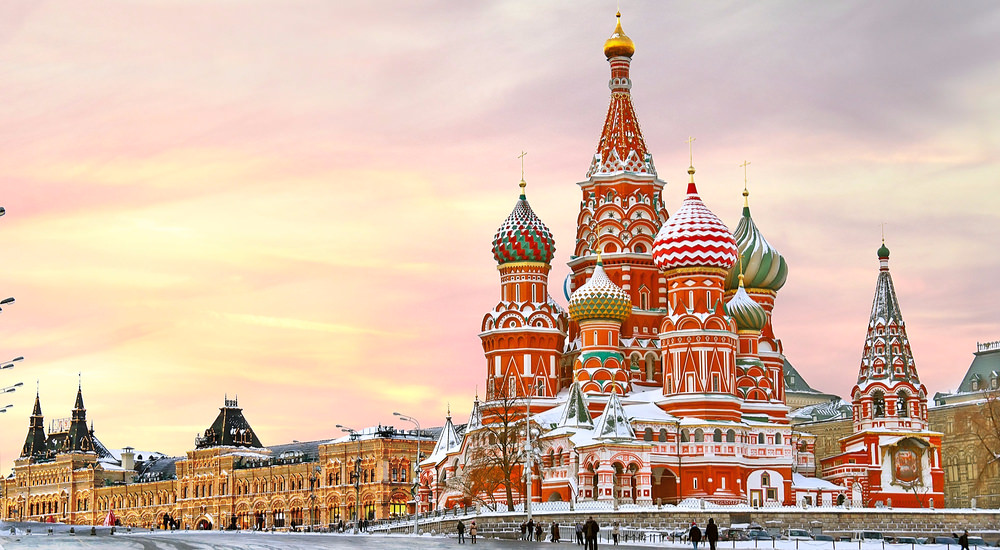 It looks like Obama is trying to start a war with Russia. Or maybe they’re trying to start a war with us. Within the last few days Russia has pulled out of an agreement with the US on the disposal of plutonium, blaming US “unfriendly actions” (e.g. troop movements, economic sanctions).  Within hours the US broke off talks on a cease-fire in Syria, blaming Russian actions.

So far, so bad.  But the US just escalated things.  General Mark Milley, the US Army Chief of Staff, has just given a speech threatening Russia. Milley claims this is in response to Alexandr Yakovenko, Russia’s ambassador to the UK, reportedly saying:

Russia can now fight a conventional war in Europe and win. Russia is the only country that will remain relevant forever. Any other country is dispensable, and that includes the United States. We are at end-game now.

The Russian ambassador to the UK may have become delusional.  General Milley gave the following speech in response.

Tough talk. “We’re gonna kick your butt.”  Very tough talk from an administration that has let to learn how to say ‘Islamic terrorist.”   General Milley is, of course, Obama’s mouthpiece.

Wouldn’t “Get a grip; take a pill” have been sufficient, if a response was required?

[I have been up half the night trying to verify the Yakovenko quote, but I have been unable to do so.  Not surprisingly, an inquiry to the Russian embassy in London has yet to elicit a response.  They may be busy. I also have been unable to find another source on General Milley’s speech.  The video looks real; it’s him.  The UK newspaper The Sun has reported on the speech, but their source is also the InfoWars video.  At this point this report must be considered at least in part unverified, and so possibly premature.  But events are moving.]

What actually is going on here is beyond my knowing, but I have some thoughts.

Obama, Clinton et al are desperate that Donald Trump not be elected President.  A war with Russia would be a handy-dandy excuse to declare a state of national emergency and cancel the presidential election. It’s October – surprise!

At a deeper level, the two main obstacles to a New World Order are the United States and Russia, the old world order.  A war between these two countries (about what?) could take them both out, clearing the way for the New World Anthill.

It is a miserable state of affairs that we cannot take for granted that our President has the best interest of the US at heart.  Indeed, quite the opposite.  On this ground alone, we should oppose Obama leading us toward a war with Russia (as if he cares).

Further, unless driven to it, what does Putin have to gain from a war with the United States?  Unlike our leader, it can be assumed that Putin has the best interest of his country at heart.  It is Obama who is the freak.

Now to General Milley’s tough talk: “We will beat you harder than you’ve ever been beaten before.”

With what General, with what?  In March of this year you testified before congress that you had “grave concerns” that fighting a “higher-end” foe, such as China, Russia, Iran and North Korea, risks failure. (Washington Times)

Eight years of Obama has left our military in a rotten condition.  He has deliberately defunded, downgraded, dismantled, demoralized and destroyed at every opportunity.

Half of our aircraft carriers have been recalled for “maintenance,” so that there currently are none in the Atlantic or Middle East.  It is as if Obama is trying both to provoke and to lure Russia into some kind of attack in Europe or the Middle East.

Our Navy is down to a pre-WWI numbers of ships, a 50% reduction.  The Army is down to pre-WWII troop levels, and dropping; and the Air Force has scrapped some 500 planes.  Except for our nuclear submarines, our nuclear forces have been weakened by the dismissal of over 100 key personnel, beginning with General Carey and Admiral Giardina, the number one and number two commanders of our Strategic (nuclear) forces (see this author, iPatriot 6/16/16)

Obama has purged the military of officers who said they would refuse orders to disarm American citizens.

I wonder if the General has noticed that we have not actually won a war since the Department of War was renamed the Department of Defense after WWII.  (Unless you want to count our dazzling victory in Grenada, and I don’t)  It’s difficult to win when all you do is play defense.

With what are we going to “beat them harder than they’ve ever been beaten before,” General, with what?  Nukes?  (Russia has just begun a 3-day nationwide nuclear defense drill.)  And why?  So Obama and the New World Order can complete their destruction of the United States and thwart the election of Donald Trump?  The NWO and their tool Obama must be stopped. God deliver us from these world leaders.

In a totally unrelated and totally telling story, the lead item on my idiot Yahoo news this morning is that Amazon and WalMart are pulling the “tranny granny” Halloween costume.  Now that’s news.