The Demise of the Democrats 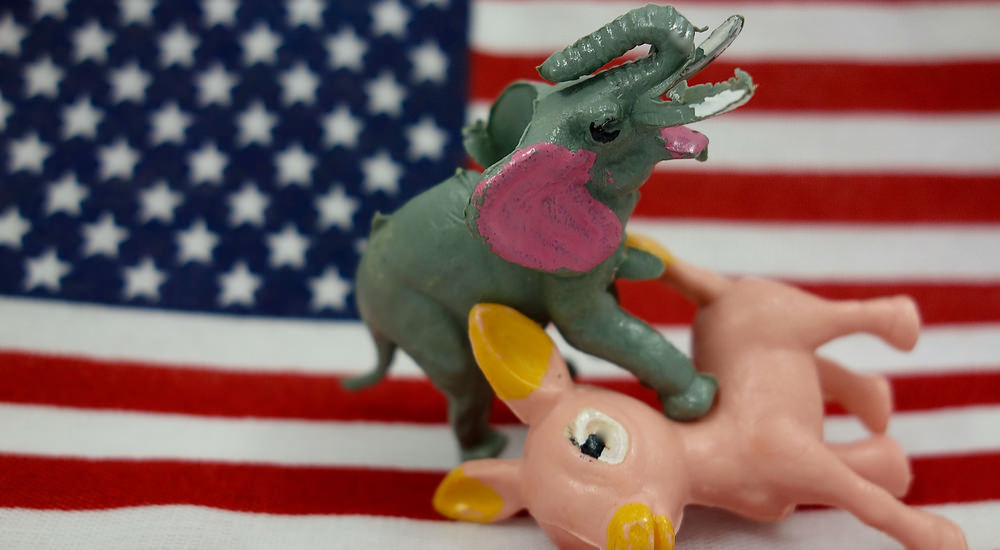 There will be no revitalization of the Democratic party and the reason is simple.  The Democrats have been the party of redistribution and they have been preempted by the Republicans to such an extent that they can no longer propose the spending and confiscation required .  They talked about the need to retain Social Security as a government welfare program without recognizing the obvious demise of the service as more recipients than contributors becomes the wave of the future.  They talked of nationalizing the health care industry of the country while ignoring the fiasco that Soviet Russia displayed with such a move.   They desperately need a new direction but cutting taxes and slowing the growth of government hasn’t entered their minds.

Now what they don’t realize is that since they were out Democratized by the Republicans they should get on the Republican agenda and out Republicaniize the Republicans.  Bill Clinton was successful with this strategy for a brief period but as usual no one in the Democratic Party was paying attention.  When he announced the era of big government is over he could have displayed his belief by pushing for more welfare reform, tax reform, and less regulation.  But lacking veracity, his words rang hollow and no Democrat saw the opportunity.  To win power requires recognition what gets votes and babbling old worn out bromides is the surest way to seek extinction.  But they won’t change because they believe they can get away with promoting the unsavory and people will swallow it even though they have tasted the bile and don’t like it.  They talk of promise and hope and offer policies of the past that failed.  They talk of  a benevolent government and cheer for the prosecution of the innocent and productive.  They talk of their concern for the poor and proudly parade their richest Senators to demonstrate their hypocrisy.  All of this and more of the same is supposed to endear them to the “common folk”.

What if this party of disarray stood up and said, “ You know we really have been on the wrong track and we realize we need to change to capture your confidence and support.  John Kerry talked of going to the United Nations humbly but you can bet your boots he would not go “humbly” to the American voters and admit his mistakes.  So you see the Democrats will not change nor will they prosper and this stubbornness will lead to their further demise.  And from their ashes will arise a party that will push the Republicans to do more of what they preach and weakly practice.  And then the nation will be going in the “right” direction.  Towards less government, more freedom, greater liberty and security, a rational foreign policy and a happy homeland.  And the whigs of the 20th century will lament .