The Case FOR Torture 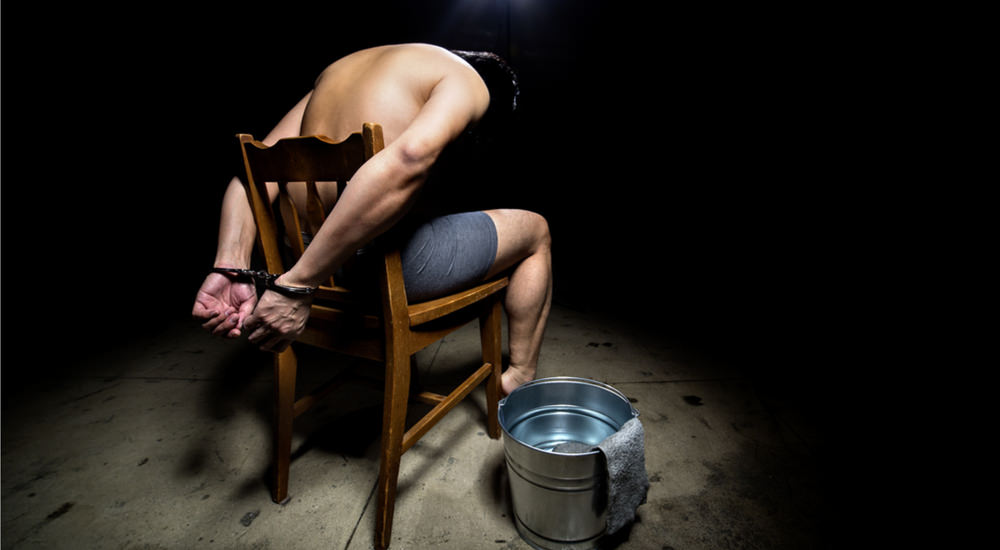 This essay begins with a simple question.  If it is okay to kill the killers why isn’t it okay to torture the torturers?  What is the point of capturing enemy warriors if there is nothing to be gained from their capture?  Are we only taking prisoners to have them under our custodial care?  What is the point of taking prisoners?  Why does the enemy take our soldiers prisoner?  Don’t they expect to gain something by this action?  Whether it is to inflict terror and fear on television screens with bloody beheadings or to gain information or prisoner release or withdrawal from the battlefield, they expect something to be gained by capture instead of killing.  But what is being proposed and articulated by our side is the proposition that we don’t necessarily expect anything from our prisoners if it requires torture.

The rules of war are really not rules.  The basic command and rational understanding of a soldier is to kill the enemy before he kills you.  It does not prescribe how the killing is to take place, what kind of weapon is “legal” or whether you should first ask the enemy if he would prefer capture to death.  The rules of rational discourse are suspended on the battlefield between the enemies.  Force is the only rule and superior force whether in numbers, technology or tactics determines who wins and who loses.  Under the category of tactics falls the subcategory of torture.  There are countless examples of American lives being saved when critical information is extracted by force, i.e. torture.  Of course torture is not always effective but does this mean it must be eliminated as a tactic?  If the enemy uses nuclear weapons are we going to claim we are better than them because we won’t?  In the split seconds of battlefield decisions when seconds count, are we going to rule out some options that might have saved American lives?  When an enemy uses torture he recognizes it is a tactic that may give him an advantage.  How has the torture we have witnessed by our enemy on our soldiers and civilians disadvantaged them?  We look in horror at the brutality inflicted on our fellow Americans by barbarian fanatics and announce we will not torture?  Why?  For what reason are we holding back while they proceed with every barbarous act imaginable?  And there are those who cry compassion for those captured fanatics.  Showing compassion for the enemy is showing disdain for Americans.  There can be no such thing as compassion for the guilty and the innocent.  Justice rejects such a contradiction.

It will not be acknowledged by those who cling to preaching of nonjudgmental pronouncements, but the fact of the matter is, evil actions must be recognized as products of evil ideas in people evil enough to blindly follow (and/or initiate) the destruction of human life in the name of some professed higher cause.  An individual’s life is all that any individual has and to sacrifice that for the pretense that there can be some justification for wiping out other individuals who are innocent of any aggression is the most ignorant and evil decision a person can make.  And to combine torture of the innocent with torture of the guilty into a rejection of torture as such, negates all who would fight the horrors of our enemies.  The compassionate soldier will be the dead soldier under these restrictions.  He will be confronted with the torture of losing his friend, the agony and torture of rejection by his commanders and country and for torturing the enemy he will be chastised as unworthy.  This vision will cause him to pause in an interrogation that may save his fellow soldiers.  This vision will appear as the rebuke to his common sense that everything must be tried to get the hiding place of the mass murderer or the location of the roadside bomb or the WMD’s that are destined to be launched.  This albatross will hang on his neck and if he survives he can stare at his prison wall, awaiting enemy torture, content that at least he did not disobey an irrational dictate to try to save his life and  his country.

The value of obedience is destroyed under the dictate of the irrational.  You cannot ask a soldier to fight to the death and exclude some intermediate action.  Just as you don’t supply your enemies with supplies neither should you exclude some tactic.  This only creates a weakness for the enemy to exploit.  How?  If an enemy knows he will not be tortured he can freely surrender and infiltrate our prison camps, communicate with other captured prisoners and eliminate any source of information susceptible to torture.  Meanwhile we treat the irrational as if they were rational and wonder why we are getting only erroneous information or no information at all.  They eat and sleep at our expense, utilize medical care, and for what?  For nothing.

What good will it do for us to be known as the people who would not torture their enemies.  Does this set a standard for the world?  Certainly not for our muslim enemies.  Certainly not for other nations that utilize it as a tactic of war.  And certainly not for the American soldier who in the thick of battle realizes that this tactic may be all that is left to save himself, his buddies or his country.  There is no excuse for taking torture off the table.  We are being laughed at by our enemies who now know that we can be intimidated by a moral code that is intellectually bankrupt but is preached as if there had been no invalidation.  We are a superpower only to the extent we can utilize superpower.  If war is to determine our survival we cannot accept that we were better than the enemy but we lost.  We must fight tooth and nail to eradicate this menace and if killing is good enough for them so is torture.  And if torture is defined as humiliation so much the better.  Better them than us.