How to Answer Temptation 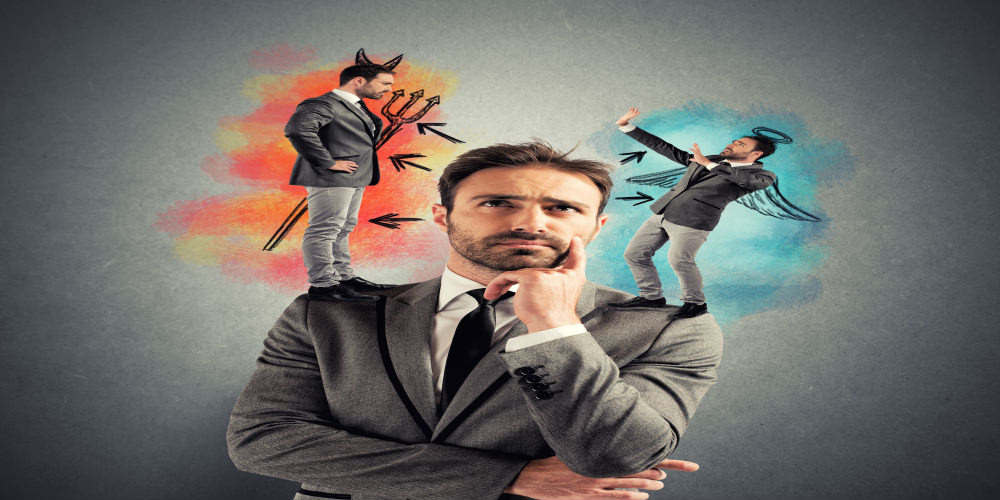 James 1:12-16 is the definitive statement on temptation. And it applies to every single one of us, man, woman and child.  Christ was tempted, but He is the only Man to whom this text does not apply (for, as a Man, He was sinless).  Let us repeat this whole passage, because of its importance:

“Blessed is the man that endureth temptation: for when

he is tried, he shall receive the crown of life, which the

Lord hath promised to them that love Him.

Let no man say when he is tempted, I am tempted of God:

for God cannot be tempted with evil, neither tempteth He

any man: but every man is tempted, when he is drawn

away of his own lust, and enticed.

Then when lust hath conceived it bringeth forth sin: and

sin, when it is finished, bringeth forth death.

Do not err my beloved brethren…”

This tells us we are tempted/enticed, by our own inner desires! We usually try to cover up this fact, but we know it is true.  Satan and his minions, demons, know very well what our weak spots are. How?  Satan and the other fallen angels were created before Adam was created.  Satan was there to entice the first woman, which led to the downfall of her husband, which, in turn, ensured the sinfulness of each and every person ever to be born on this earth.  Demons have been people-watchers since the beginning of the world.  Demons never die, so they are about 6,000 years of age right now! (Roughly the true age of the earth… let evolutionists howl with anger!).

By watching people of different nationalities, of different beliefs, in different ages, demons can accurately guess what will happen if temptation X is presented to person Y at time Z. They know what to do if the initial enticement is rebuffed and know how to make matters worse or easier.  That is because we all have a propensity for sin and certain enticements, in general, will usually result in certain responses to sin.

On top of that, demons also watch us as individuals, throughout our lives. They are literally everywhere.  They may not be with us at all times, but they are with us on many, many occasions, watching and waiting.  They see us and hear us and, before too long, they notice the things which excite us and which lead us along the paths of sin.  Most people have a ‘besetting sin’ (an old but useful term)… that is, a particular sin that fires our imagination and lingers in our hearts.  It can be in the realm of alcohol, money, sex, power – anything.  As our lives progress, a pattern emerges and a particular set of circumstances will inevitably lead to that certain sin if we do not cast it away.

All demons have to do is to present us with those enticing circumstances (they are very good at organizing and manipulating personal and world events, so that everything falls into place!) and, before we know it, we are committing our ‘favorite’ sin! Simple, isn’t it? Do not underestimate demons or Satan, even if you are a mature Believer with a lot of spiritual ‘flying hours’ under your belt… we are all tempted, sometimes in a very subtle way and sometimes in a most obvious way, depending on the situation.

Satan just aims for those old weak spots. He knows what will attract our attention and so he tailors his fiery darts to suit our own desires.  That makes him pretty clever!  A temptation, then, is anything that will entice us to do, think, or say, something that is wrong/sinful.

All of this sounds as though temptation is too hard to resist, but that is far from the truth. Satan wants us to think we cannot resist, because the more often we fail to resist, the easier it is for us to do the same sin the next time… it becomes habitual.  The more often we commit the sin, the more often we will be tempted.  It is a vicious circle of desire-sin-desire-sin.  And the more often we fail, the less sensitive we become to our consciences and the less often we listen to the warnings given to us by the Holy Spirit.  If we continue like that, we become hardened to God and to our own appalling situation and we are headed for sure disaster, or even a ‘giving-over’ to our sin by God, Who will then stand back and observe our degeneration.

(One man, a deacon of some standing in his community, had secret desires after little girls. Sadly, he pretended there was no problem and so let it fester inside.  He moved house and on the very first day the little girl from next door strolled in.  She looked around and chatted innocently to the new neighbor.  He cannot remember what exactly happened; just that something ‘snapped’ and he committed a sexual assault which horrified the community, such was its intensity and vileness.  It took just a few moments to demolish two lives! Satan guessed correctly and it was all over).

Not all temptations lead to that kind of end or impact, but every time we give in to temptation, there is an erosion of our spiritual state. It is fairly easy, too, for Satan offers us ways to procure the very objects of our secret desires.  If we insist on pretending to ourselves that there is no problem, then it will grow to immense proportion and will one day explode in our faces.  As soon as we are tempted, we must face it and call on God to help us to resist.  Then, we must denounce it to our own hearts, and turn away from the very thought of it.

If possible, we must get away from whatever the temptation is and pray. But, we must also get to the point of being able to resist temptation, and we can do that only if we hand the problem over to God – before it results in disaster!  After all, we know perfectly well what incites us to commit certain sins.  And don’t be fooled: when we sin after being tempted, it is because we want to sin!  The final end is spiritual death and often, public humiliation/knowledge, or penal justice. Don’t claim an inability to resist. God says He ALWAYS provides a way out, so we do not sin.

Our shield is to be doers of the word and not hearers only. Remember, too, that temptation itself is NOT sin, and we cannot blame temptation when we sin.  Many folk are extremely anxious and guilt-ridden because they are tempted, but it is the giving-in which is sin, not the temptation.  The temptation is like a window-display in a shop; it is up to us if we go in to buy the item, or if we go away wishing we had the item in our grasp!  We do not, then, fall to temptation, but to our own desires and lusts.  Thank God, there is a way out… we have to listen to what God says and do it.