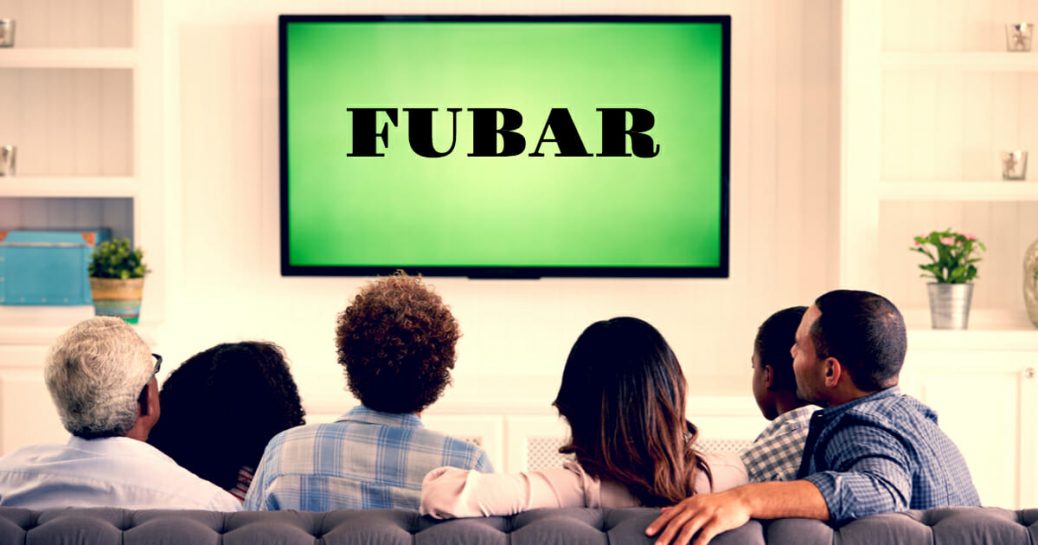 Since everyone and their f-ing cousin is talking and writing about Trump’s f-ing State of the Union speech, I figure what the “F.”

I’ll write about something else.

For those unfamiliar with the term FUBAR – it’s a military acronym which stands for “F-ed up beyond all recognition.”

Speaking of the f-word – the above statement seems to be typical of what we hear in standard parlance these days. The f-word, which was once, and not too long ago, completely abhorrent, is today so common as to now be deemed acceptable on cable channels such as Syfy and the USA Network, as well as AMC and FX.

The Daily Wire reports that, “Basic cable is not subject to the guidelines of the Federal Communications Commission, so the channels’ self-regulation is based on standard mores, and what advertisers are perceived to tolerate.” Advertisers will of course air whatever the public will tolerate. And the public appears to do more than just tolerate it. This coarsening of language on TV is a mere reflection of how many Americans speak.

I cut the cable over a year ago. It just wasn’t worth the money. I kept my basic cable for a few channels, and purchased a Roku.

Overall, I haven’t missed cable a bit. With one press of my Roku remote I can jump to Hulu, Netflix, or Amazon TV. Once on, there are countless old family shows for my kids and I to binge watch as we like – Full House, Family Matters, the Mary Tyler Moore Show, etc.

I still recall the good old days of family television. I remember Mary Tyler Moore’s tag line of her self-titled show: “Oh Mr. Grant – What the F—!” I’m kidding of course, but leap five years ahead of now, and I doubt I’ll be able to any longer say “I’m just kidding.”

But these new internet-based TV Apps are not just airing reruns. It seems that every one of them is developing new and original content. These are high quality, big budget programs that easily rival network television éclat.

However the excitement of viewing this original programming soon dissipates and is replaced with disappointment when that interesting new sci-fi program, or detective series is replete with one f-bomb after another.

What is the great attraction of the ‘F’ word?

MIC.com wrote of Famed scientist and writer Steven Pinker. They quoted an article he penned titled “What the F***?” “When used judiciously,” he wrote, “swearing can be hilarious, poignant, and uncannily descriptive. More than any other form of language, it recruits our expressive faculties to the fullest: the combinatorial power of syntax; the evocativeness of metaphor; the pleasure of alliteration, meter, and rhyme; and the emotional charge of our attitudes, both thinkable and unthinkable.”

What a load of crap contained in all them there big words. I suppose it used to be at least a few of what he described, but no more. It’s no longer hilarious, poignant or descriptive. It’s just ignorant. People these days use the f-word because their language skills are otherwise so pathetic. It seems to have replaced the awkward “Um,” as one might say when struggling for a next thought or word. The f-word is the word used when one can think of nothing else. It’s why it is now used as a noun, a verb, an adverb, adjective, etc. It’s an expression for the expressionless.

I don’t swear – haven’t for years. And you know what. I don’t miss it a bit, and can express myself adequately with the other 170,000 or so words in the English language – without sounding like a crass ignoramus.