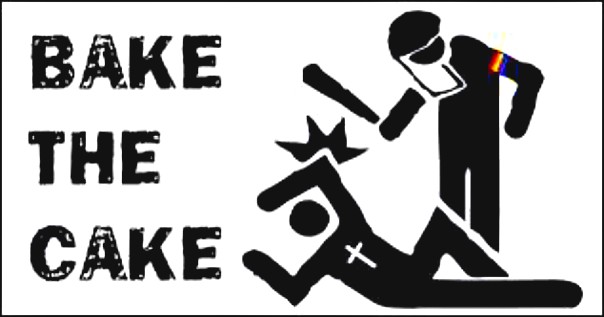 Finally, in a long anticipated showdown, this issue came to a head and religious liberty, the First Freedom, prevailed. On   June 04 in a landmark case, the United States Supreme Court in a 7-2 ruling handed down a decision in the Masterpiece Cakeshop v. Colorado Civil Rights Commission. The court sided with Jack Phillips owner of the Masterpiece Cakeshop, who in 2012 refused a same sex couple, Charlie Craig and David Mullins, in their request that he bake a custom made cake for their wedding ceremony.

Jack Phillips position is that he is a devout Christian with sincerely held religious beliefs and convictions that forbade him from accommodating the couple, as their same sex union defies biblical teaching that marriage is between one man and one woman. Phillips cited his first amendment rights of freedom of religion, but the Colorado Civil Rights Commission (CCRC) and lower courts ruled against Phillips accusing him of discriminating against the couple. Some members of the CCRC went so far as to accuse Mr. Phillips of Nazi and slavery-like tactics; one member even denigrated religious liberty.

In his ruling writing for the court, Justice Anthony Kennedy wrote in part: “The outcome of cases like this in other circumstances must await further elaboration in the courts, all in the context of recognizing that these disputes must be resolved with tolerance, without undue disrespect to sincere religious beliefs, and without subjecting gay persons to indignities when they seek goods and services in an open market.

Although a majority of the Justices ruled in favor of Jack Phillips, the scope of their decision was limited. Justice Kennedy in his majority opinion cautioned that the Courts ruling should not be interpreted as giving other businesses unrestricted access to discriminate and deny anyone, even same sex couples, goods and services, but also a person’s religious liberty should not be infringed on. Time will only tell what we can expect; these situations will continue to occur. Justice Kennedy also berated the CCRC, for its callous disregard of Mr. Phillips Christian faith, accusing the commission of violating his First Amendment Rights.

There were a number of organizations that filed amicus briefs on behalf of Jack Phillips: The U.S. Conference of Catholic Bishops, the National Black Religious Broadcasters, and various other Jewish and Muslim groups. Each of the groups that participated had a stake in this case, as they all at some point can face similar situations that might jeopardize their very existence. There are appeals pending before the Supreme Court in similar cases, one in particular involving a florist who declined to furnish flowers for a same-sex marriage.

These situations of businesses vs. same-sex couples had its origin with the advent of the last administration. Then President Obama was a vociferous supporter of the LGBT agenda and used his political powers to advance the cause of this often time’s radical group. Same sex marriage was the genesis, then the repeal of “Don’t ask, Don’t tell” and transgender rights in the military; Mr. Obama was the impetus in each of these significant social changes.

There is a long list of small business owners like Jack Phillips; bakers, artists, photographers, and florists like Baronelle Stutzman, living the American dream that have been punished, subjected to strong-arm tactics for their freedom of conscience, Christian faith and belief in biblical teaching. Each brought before civil rights commissions and the courts, fined heavily, their livelihoods threatened; some were even forced out of business.

Ms. Stutzman is the owner of Arlene’s Flowers in Washington State, and for the past 5 years has been put through a living hell, sued and sued again, in and out of court by the state and ACLU because she refuses to compromise her principles and Christian faith.

These situations seem to have one thing in common, the selfish and uncompromising lengths that same-sex couples will go to, even casting aside friendships, in order to achieve their desired outcome. You can get an idea from the words of Ms. Stutzman:

“The man who asked me to design the floral arrangements for his same-sex wedding—Rob Ingersoll—was my customer and friend for over nine years. I knew that he was gay, but that didn’t matter because I serve everyone. He enjoyed my custom floral designs, and I loved creating them for him. I would gladly serve Rob if he were to come back to my shop today. The attorney general has always ignored that part of my case, choosing to vilify me and my faith instead of respecting my religious beliefs about marriage. I serve everyone. What I can’t do is create custom floral arrangements that celebrate events or express messages at odds with my faith. For that, the attorney general has relentlessly prosecuted me, even suing me in my personal capacity”.

Jack Phillips had this to say, “Everyone is welcome in my shop, be it homeless folks (many of whom I’ve befriended over coffee, cookies and conversation), the two men who are suing me, or anyone else who finds their way in. The God that I serve, whose arms are open to all, expects that of me, and it is my joy to obey Him. But creating a cake that celebrates a view of marriage in conflict with my faith is not something that I can do.”

There is reason to believe that some of these were surreptitious, prearranged encounters, intending to entrap the business owner and given an unspoken ultimatum; you either accept our lifestyle or suffer the consequences. In most cases the owner would give to the customer(s) the names of other businesses that would accommodate their needs, but to no avail. Although the Supreme Court’s ruling was limited, it still gives hope to the many businesses and institutions that might someday face this threatening situation.

The Founding Fathers knew of the importance of religion and religious liberty; many expressed their views outright; John Adams wrote “Our Constitution was made for only a moral and religious people. It is wholly inadequate to the government of any other”. And Benjamin Rush “The only foundation for a republic is to be laid in Religion. Without this there can be no virtue, and without virtue there can be no liberty”.