What Do Successful Cabinet Members Have in Common? 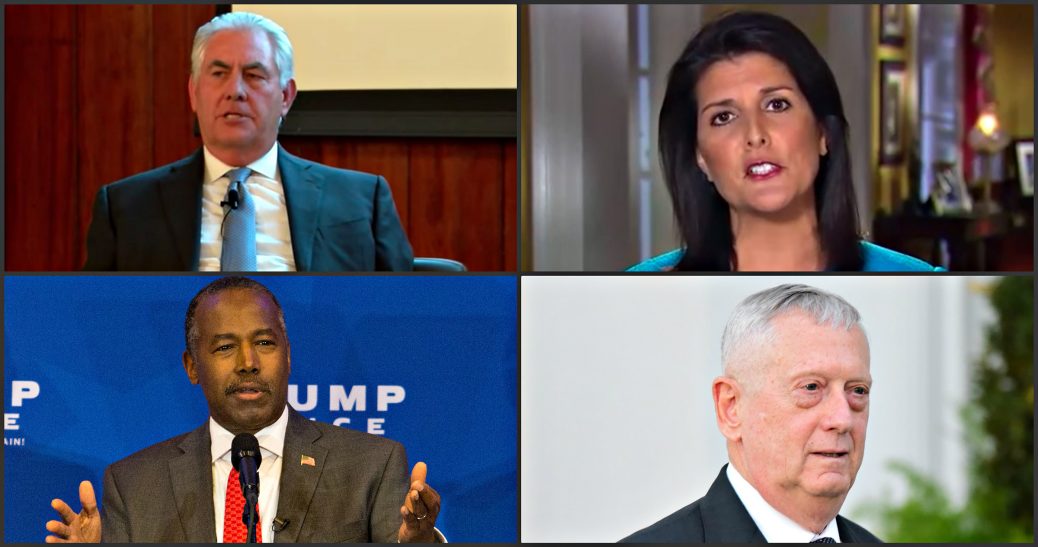 I have heard and read a lot of Liberal “displeasure” regarding President Elect Trump’s picks for his Cabinet.  Many Liberals are especially upset that so many of Trump’s picks have long and successful careers in the private sector and are wealthy. Why? That does not surprise me at all. It is just one more example of how irrational, incompetent, and in many cases corrupt Obama’s Liberal base is.

There are two basic rules that all successful business people follow. These rules have never failed to prove to be RIGHT. They are:

There is never any justification for making exceptions to either of these two basic rules.

These basic rules do not just apply to the free enterprise business world. They also apply to our government beginning with the President. It is especially important when the President is making his picks for his Cabinet and Department heads. An obvious example of a President/executive who failed miserably at following these basic rules of business, numerous times, is Obama. He appointed sycophant ideologues to every position he had the authority to fill and then every time there was a major mistake made by, or worse a corrupt act carried out by, any branch of the Federal Government, he said that he first “heard about it in the news”.

All of the members of a President’s cabinet are absolutely critical to the Presidents success in taking care of America and positively influencing what happens in the rest of the world. Two that are especially critical are the Secretary of State and the U.S. Attorney General. 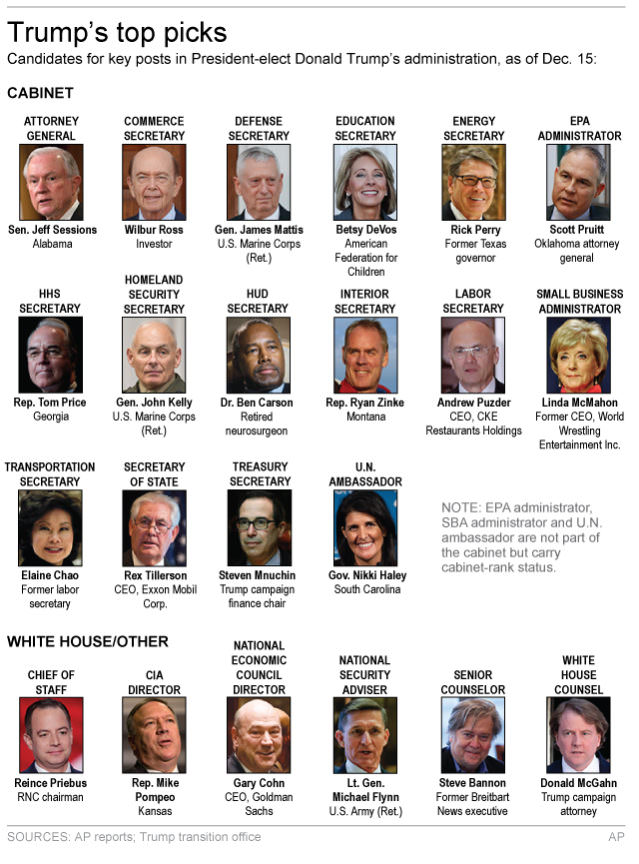 Regarding the Secretary of State, when you compare Hillary and John Kerry to Rex Tillerson the difference in their resumes is SHOCKING!  Hillary’s entire adult life is a public record open book beginning with her being a devoted Saul Alinsky disciple in college, to her record of deliberate gross negligence, incompetence and treason while she was Secretary of State. John Kerry’s entire adult life is also a public record open book with the highlights being a failed Presidential run and ending with four years racing around the world being an Obama sycophant promoting Obama’s failed international policies. Rex Tillerson’s record is one of a lifetime of hard earned personal success in one of the most competitive (ruthless) industries in the world. He began his career at ExxonMobil as an entry level Production Engineer straight out of college. He spent his entire career there eventually working his way up the ladder to be the company’s top executive in 2006. Under his leadership the company has done extremely well including doing business in many foreign countries. One of the many reasons that ExxonMobil has been so successful doing business in many foreign countries is that it has its own private “State Department” in its corporate headquarters. Quoting “Bloomberg Business Week”, “Behind the walls of ExxonMobil’s secluded corporate headquarters outside Dallas, Texas a little-known intelligence unit works to keep top executives informed on economic, social and political situations around the world so they never walk into a foreign negotiation unprepared. The analysts compile risk profiles for every place Exxon has assets, personnel or may be considering investing”.  As noted earlier the differences in the resumes of Hillary, Kerry and Rex Tillerson are SHOCKING!  Rex Tillerson’s resume is a perfect example of what a Cabinet Member’s resume should be!

Regarding the U.S, Attorney General (AG), when you compare the resumes of Eric Holder, Loretta Lynch and Jeff Sessions the difference is SHOCKING! The Holder family and Obama family have been connected by the same ideologies since their college days. Eric Holder’s wife and Michelle Obama were roommates in college and formed the first black only sorority. Eric Holder has been one of the most racist and corrupt Assistant AG’s (under Bill Clinton) and AG’s under Obama in the history of the Department of Justice. Holder’s racist and corrupt history has been written about extensively in a number of books and articles. I wrote about this in detail in one of my recent articles about the “Department of Injustice”. Loretta Lynch stepped right in and continued to lead the Department of Injustice just like Holder did but with less public visibility. Jeff Sessions also has a public open book resume. He has a long and distinguished career that makes him one of the most qualified potential U.S. Attorney Generals to ever be chosen for that position. His impressive biography is available on-line if you wish to read it.

As I said in closing my article last week, getting President Elect Trump elected was only the beginning. We must continue to support him, his staff and the actual Conservatives who are in Washington so Trump can do what he set out to do. Stay informed and involved. Communicate with your elected representatives and demand changes regarding term limits, open public records, transparency in all government activities, fiscal responsibility, and reasonable performance standards for all government employees.