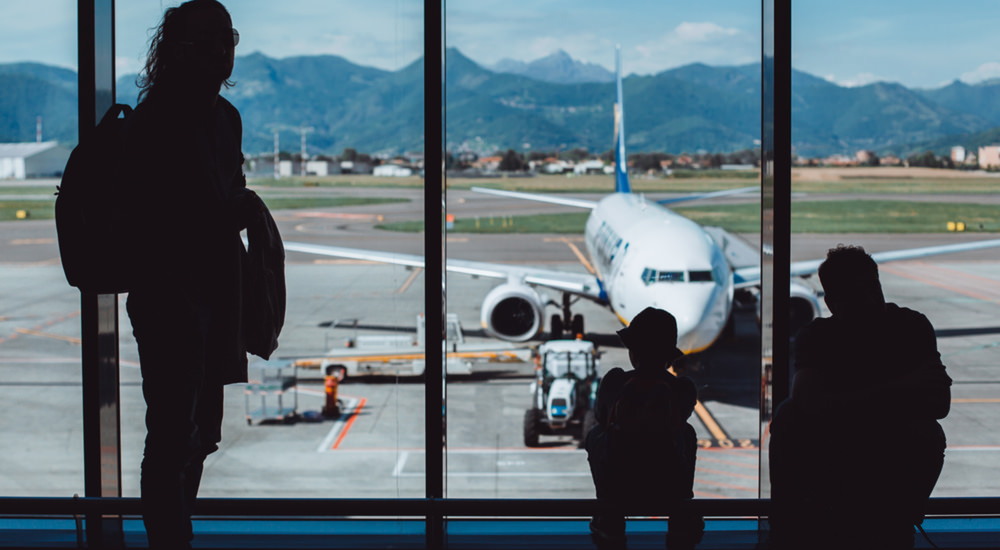 A couple of weeks ago a mother, father and their 10-month old daughter boarded a Delta flight from New York City to Los Angeles.

The baby was crying as they boarded and headed to the first class seats the couple purchased. The mother, Arielle Noa Charnas, a fashion blogger (yes – I guess that’s a real thing) described the expressions of dread by the other passengers. She explained that the couple purchased the first class tickets to afford them extra room to lay the baby down. I suppose there was no room in the overhead. KIDDING!

The Independent.com reported her Instagram post that, “once we were boarded I was getting tons of eye rolls and head shakes from fellow passengers on @delta because my baby was crying (as if I could just look at Ruby and say okay now it’s time to stop).” Last I checked, the name of the airline is Delta, not @delta, but maybe I’m just an @stickler.

Arielle said that after only 10 minutes, a stewardess – check that – flight attendant, came to her and asked her to move to the back of the bus…I mean…plane. Thank heavens she is white or that would be a whole other issue.

Apparently, others in first class complained that they didn’t want to hear a crying baby on the cross-country flight. Charnas said, “I started crying because I was so stressed and anxious and instead of the stewardess being helpful and compassionate she instead made the situation worse.”

Many commented on her Instagram post, although not all were positive. While many sympathized with her, saying that “a baby crying is a part of life and is no big deal,” and they would no longer fly Delta, others were not so sympathetic, claiming that “passengers who pay thousands for a plane ticket ‘deserve a luxury flying experience’ and paid extra specifically so they could ‘have peace, quiet and space.’”

So whose right – whose wrong? Good question. Another question might be: Is there a right and wrong? Is this a black and white issue or is there a gray area, or as liberals might say, nuance?

First, as a free-market conservative, Delta, a private company, should be able to handle the situation however they wish, with no

rule or regulation forced upon them by government. If they choose to implement a policy of intolerance for parents of crying children – so be it. The airline should however, alert families of the policy prior to purchase. Of course the airline may simply choose to allow each flight crew to use their own judgment. This of course, would naturally invite lawsuits. Currently, Delta has no official policy regarding these incidents.

As a parent, I empathize with this young mother and father. What are they supposed to do – drive or take the train? Other passengers should be able to suck it up for a few hours.

While both points are valid, there is a solution, in my opinion. This is America – historic home of innovation. Maybe it’s time for an airline to innovate. It’s not as if crying children is a new issue.

Perhaps an airline could offer select “child-free” flights. One may have to pay extra for a ticket, but I’d bet that an overwhelming number of childless and business travelers would jump at the chance and happily pay extra to be free from the specter of a perpetually crying child. Many of us, me included, have experienced the feeling of dread as we witness the boarding of a crying baby.

As a matter of fact, there is one airline that does – kind of. IndiGo, an Indian airline “is banning under 12s from eight rows of seats. The Indian budget airline, which flies to 40 destinations, said: ‘Keeping in mind the comfort and convenience of all passengers, rows one to four and 11 to 14 are to be kept as a quiet zone.’ Kids will also be bar¬¬¬red from rows containing emergency exits as well as those with extra legroom.”

Although this is a good start, I know when my kids were little, their voices would easily carry further than eight rows inside an aluminum tube.

Evidently Delta did contact Charnas and “have since resolved the situation privately.”