The Left wants America Destroyed – We Must BAN SHARIA! 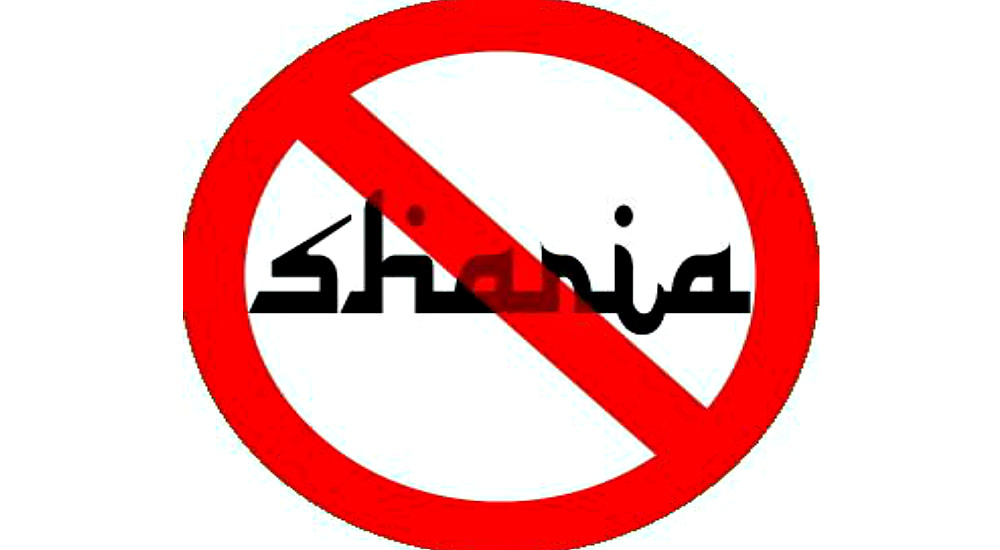 This is how deceivers operate – they lie and cheat and steal by whatever means possible to warp the truth.  They are the world’s hypocrites and fraudsters pretending to be the righteous, but the righteous recognize them as false.  The problem is that American law doesn’t do enough, and that, too, is because of Democrat corruption deliberately not upholding our laws!  These protester/rioters should be in prison!  These pretenders threatening Republicans in town halls posing as Trump voters likewise!  There’s free speech, and then there’s the lying snakes in the grass that comprise the Democrat Party.  These are the people that President Trump hopefully recognizes that he will not ever be able to work with or allow any kind of input or control in his administration.  If he ever takes advice from a Democrat then he will suffer the humiliation of Bush 41 who listened to Democrats who advised him to raise taxes and then hanged him on it in the next election.

What could derail Trump’s agenda?

There is such an incredible amount of propaganda and lies being thrown around by the media that it is impossible to keep up to warn you all about it.  All that can be said is to exercise your good sense and what you know to be righteous and true.  The Left wants to destroy America, not work with the Right to make America better.  Republicans who foolishly “reach across the aisle” are reaching out to those who hate and revile them with all the venom of pit vipers who will happily take them out first chance they get.  Democrats in Congress are not angry with Republicans – they are enraged at the American people for taking away their power.  Leftists across the nation are incensed and insane to reap vengeance on those who denied them absolute power over their lives.  Trump Derangement Syndrome is reaching such fevered epidemic levels that the elites on the Left are becoming concerned it may become too much and alert people to their poisonous nature.

The Left hates you and wants to destroy America

Leftwing pundits getting nervous about degree of Trump Derangement Syndrome

Rush Limbaugh nails it when he says, “The Left’s religion is liberalism.”  Before they are anything else they are liberals first.  That is why they openly bash women, gays, and blacks who stand against them despite claiming to be champions of their causes.  America is the exception in history.  We established a nation governed by the people.  We spilled our own blood to end slavery.  We fought wars to free other nations from tyranny.  Yet the Left reviles us for doing so!

They create frauds like man-made global warming to milk us of our money claiming America’s CO2 pollution will destroy the planet.  The Chinese burn copious amounts of coal and all that CO2 goes out over the Pacific where it is causing algae blooms.  The Earth’s ecosystem takes care of itself, but leftists don’t want you to understand the science of that.  Instead they say there are record high temperatures even as the polar ice caps grown.  Scientists have no idea what caused and ended the Ice Ages.  But liberals pretend that they do.  They could have claimed the “Pause” in global warming was their doing rather than a fraud.  But that would have caused their fear-mongering to wane.

Likewise, they try to turn attention from the real threat to America from Islam the ultimate socialist ideology.  Under Obama hundreds of jihadi attacks in America have either gone unreported or misreported as simple assaults or erroneous murders like the Oklahoma beheading as “workplace violence.”  Meanwhile, those who practice Sharia in America are waging Jihad on Americans.  They call Trump’s travel restriction a Muslim Ban, which it is not.  The Left will say we cannot ban a religion because it violates the 1st Amendment.  We don’t need to ban Moslems, but we MUST BAN SHARIA LAW!  Sharia is Islam, the laws of Muhammad, and it is not religion, but government law, and THAT IS NOT COMPATIBLE WITH THE CONSTITUTION!  Those leftists who are arguing to allow Sharia law to rule in America fight tooth and nail against Canon Law being used, so they have no leg on which to stand.  BAN SHARIA should be American’s battle cry!

Anything and everything liberal Democrat leftists say and do is a lie meant to deceive and destroy their opposition.  Don’t be taken in by those who are false, deceitful, and hypocritical.  Whenever a leftist accuses someone on the Right of being a hypocrite, learn the facts.  Lies are facts, not truths.  The Left cheats and can succeed until the people open their eyes and ears to learn the truth that the Left is NEVER right!

It all starts with the end of the world

Islamo-Nazis and Communists DO NOT belong in America!