Sticks and Carrots: The Iran Fallacy 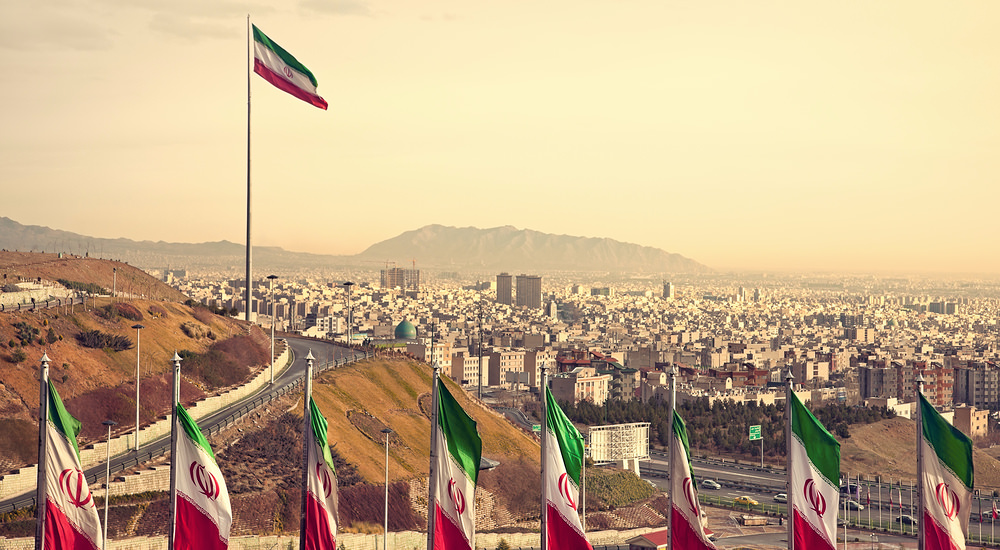 For the past thirty-seven years the United States of America has been approaching its policies toward the Islamic Republic of Iran with an almost messianic hope that the Khomeinist government of Iran can be weaned away from its anti-Western stance by a combination of sticks and carrots. Successive administrations from Carter to Obama have sought to find just the right combination in order to sway Tehran away from Ruhollah Khomeini’s doctrine of rigid opposition to “Gharbzadegi” (“Westoxification”). But every attempt to “open up” Iran to a friendlier stance toward the West in general and the United States in particular has been rebuffed.

Why? Has Washington DC simply not found the correct formula yet? Is the correct ratio of carrots to sticks simply too complicated to be applied successfully to the Islamic Republic of Iran? Do we need a political “Einstein” to calculate the breakthrough theorem? Or is something else at play here?

Micah Halpern – writing in a recent op-ed in The Jerusalem Post – states the situation quite clearly:

“As everyone who monitors US foreign policy is painfully aware, American administrations don’t really grasp the reality of the Middle East. …  And don’t blame America for this lack of understanding – it’s a part of America’s DNA. Americans have an innate optimism. They believe that their point of view is the prevailing point of view and they feel that they can convince anyone. And if that doesn’t work, bribery – military aid, monetary aid, UN votes – will.”

Careful students of Islamic Iran and of Islamic fundamentalism in general are aware of what the late longshoreman-philosopher Eric Hoffer termed the “True Believer” as it applies to Iran. In essence, Hoffer identified true belief as a component in the makeup of revolutionaries as well as of totalitarian regimes. Although Hoffer — writing in 1951 – principally had fascism and communism in mind, his lessons certainly apply to radical Islam and radical Islamist states such as Iran (as well as the Islamic State).  The “true believer”, and the mullah leadership of Tehran is certainly made up of Islamic “true believers”, is not willing to compromise his beliefs for monetary gain. And that is why the United States has not been successful in its efforts to modify Iran‘s revolutionary fervor.

All attempts to sway the mullah regime from its program of spreading the Islamic Revolution are doomed to failure. The Islamic Republic cannot reject this core pillar of Khomeinism (see especially notes 99 and 100) for such would be an admission of failure of the regime to adhere to its raison d’être as an Islamic society as well as a rejection of Islam’s requirement to spread the faith.

In order to remain true to Khomeini’s declaration of “neither West nor East”, Iranian policy under his successor as Faqih (Supreme Leader) –Ayatollah Ali Khamenei –requires it to bear enmity towards both – particularly the West as represented by the “Great Satan” (the U.S.) and the “Little Satan” (Israel). Ali Safavi, president of the Washington DC based think tank “Near East Policy Research” points out in his op-ed of December 14, 2015:

“A few days after the nuclear deal was announced, Khamenei warned, ‘We will never stop supporting our friends in the region and the people of Palestine, Yemen, Syria, Iraq, Bahrain and Lebanon. Even after this deal our policy towards the arrogant U.S. will not change. Iran’s medieval regime cannot be reformed because any sign of moderation would provide an opening for the emergence of popular demands, which would mature into protests for democracy.”

Trying to apply Western marketing principles to a non-Western fundamentalist religious culture is not only arrogant but also foolish as it totally fails to comprehend the mind–set of our opponents. It would behoove our policy wonks to study Hoffer’s text and to read Iranian Supreme Leader Ali Khamenei’s web-site to gain a better understanding of his thinking; he certainly is not playing games and takes his religious beliefs (warped as they may be) very seriously.  His antagonism to the West has not diminished at any time during his career. Maybe our policy “experts” might finally take him at his word?

And lest one think that the next Faqih (Supreme Leader) might be more tolerant, one only needs to look at the recent selections/appointments made to the Guardian Council. Under Ayatollah Aḥmad Jannati, its longtime chairman, the conservative approach has remained firmly entrenched. And now that Jannati has become chairman of the Assembly of Experts, the ultra-conservatives will continue to be able to nominate a like-minded successor to Khamenei when the time comes, possibly even Jannati himself.

In short, it is time for our Iran policy “experts” to leave their ivory towers and realize that their attempts to woo Tehran have been a dismal failure. As Lee Smith has indicated in his 2010 epic The Strong Horse: Power, Politics, and the Clash of Arab Civilizations – even though Iran is not Arab, the same point applies – the Middle-Eastern Islamic world naturally aligns itself with strength, power, and violence. America must be the strong horse in order to reclaim its role there, and that only by understanding the nature of the region’s ancient conflicts can we succeed.

Additionally, as Islamic Civilization scholar emeritus Professor Moshe Sharon has pointed out – when negotiating in the Middle-East – whether shopping in the bazzar or sitting at an international negotiating table – the seller always has an advantage. We have been “shopping” for the last thirty-seven years, and until we learn to restrain ourselves and wait to “sell” instead of buying, we will continue to fail to secure the “bargain” that we seek.