Sticking up for Robert E. Lee 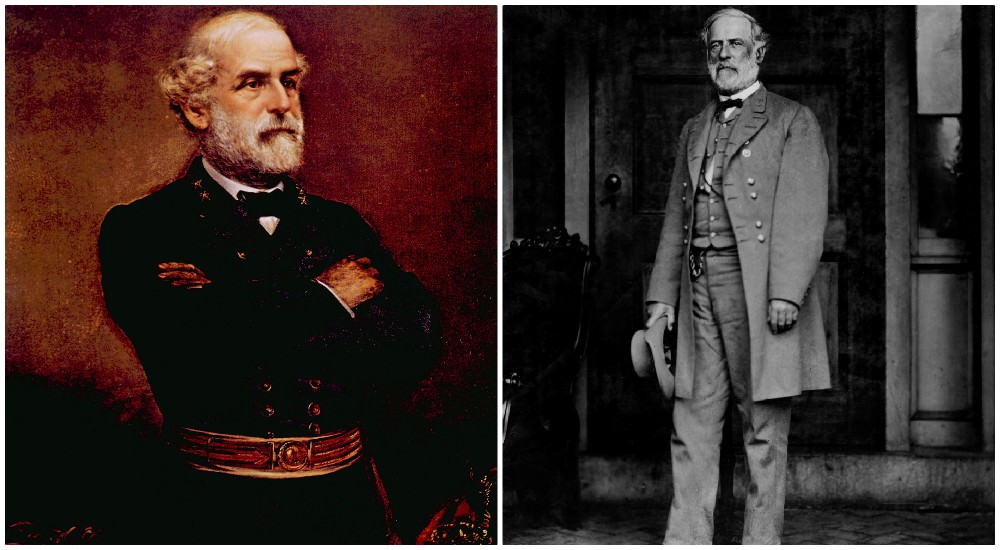 Many nations around the globe know nothing but civil war – where year after year one faction is conquered or deposed by another, or a minority takes up arms against the majority, or a least the present ruling party, and this guerilla warfare often goes on for years.

We see or hear of these far away places like Africa or the Middle East, and just shake our heads at how backward and uncivilized they are.

Of course we don’t have any of those petty third world type problems here in the U.S. We wouldn’t have time for such frivolous things anyway. We’re too busy tackling the important issues of the day – like trying to completely erase our history by tearing down statues and plaques that supposedly make a very select few squeamish.

We in America will not tolerate any hurt feelings. Even if those feelings are illogical and based entirely on lies and half-truths regarding these inanimate antagonists.

The inanimate objects causing the greatest consternation are the many statues of that Confederate fiend, General Robert E. Lee. He is considered a blight on America for he was willing to not just take up arms, but lead an entire army, to defend the right to own slaves, not realizing how bad it will make pampered Americans feel over 150 years later.

And sure enough – he did. And that was a huge black mark on his legacy and his soul. But Lee, like every other human, should not and cannot be judged as an angel, or on one period of his life. Many good men had very dark periods in their lives.

So Yep – I’m going to do the unthinkable. I’m going to defend the indefensible. I’m going stick up for Robert E Lee. Not for what he did during the war, but at the end. A man who helped save us from a similar fate of perpetual Civil War.

Lee was the Major Domo of the Confederate forces, answering only to President Jefferson Davis. He did indeed defend slavery and the slave States and he was dead wrong to do so. But he didn’t believe it as thoroughly as did many of his fellow Confederates.

At the end of the Civil War, Lee and his 26,000 troops were surrounded on all sides and cut off from supplies by Ulysses S. Grants’ 63,000 strong Union Army at Appomattox. They were trapped and would not win this fight. Lee knew this was it.

His men were ready and willing to fight on – hardened fighters, like Nathan Bedford Forest, John Mosby, John Morgan, etc. Their plan was to head for the hills (literally) – live off the land, and go on conducting the war with Union. Only this time it would be guerilla warfare. Even Confederate President Jefferson Davis was in favor of this tactic.

Lee rejected it. In his heart of hearts he felt that good Christians shouldn’t conduct themselves this way. Lee also knew that his men had demonstrated such devotion to him that they would have fought to the last man – not for the Confederacy, but for him. He would not be responsible for a protracted guerrilla war which could stretch on for decades.

But he also saw a goodness in Abraham Lincoln that caused him to reject the wishes of his men and his President. Recall that Lincoln was fond of and greatly respected Lee, and had originally offered him the position of Commander of the Union army.

So Lee broke with Jefferson Davis and signed the surrender at the Wilmer McLean home at Appomattox Courthouse, 9 April, 1865.

Tens of Thousands of Union army soldiers were perched on hillsides awaiting Lee – wanting to see him hang. Lee was fully aware that this may be his fate, but he went nonetheless. There was no way for him to know of Lincoln’s express order to Grant that there be no hanging, no bloodshed, etc.

Abraham Lincoln is credited for saving the Union, and he should be – but it was also Robert E Lee who helped save the North and the South, the pain and suffering of a much longer and drawn-out guerrilla war.