Rush Limbaugh asks, “Why does the Left aid Islamic jihadis?” 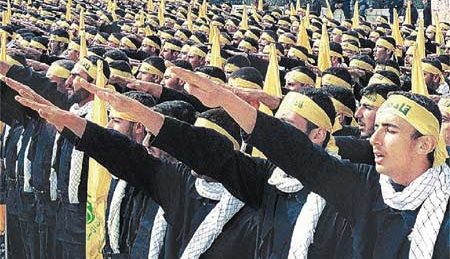 I know the answer to this question.  What do atheist socialist communists and Islamic jihadi fascists have in common?  Both hate Christians and Jews.

Just as Communist Russia allied with Nazi Germany at the beginning of WWII, the factions that are anti-freedom will work together to destroy their common enemy before going at each other’s throats as evil people are always want to do.  In 21st century America, Democrats are inviting Sharia Islamists into the country to help them overthrow the Constitution.  Whenever attacks occur the Left is always quick to say the jihadi has nothing to do with Islam, that Islam is a religion of peace.  You never hear Arabs come out and say they are not Moslems or denounce jihadis, but worship them as martyrs.  Who do these leftists think they are fooling?  They are fooling themselves.

After killing eight innocent people the NYC jihadi demanded the ISIS flag be displayed in his hospital room.  This flag should be brought into his room and he strangled with it!  This isn’t a case for the courts and appellate system to spend tens of millions of taxpayer dollars protecting him from the death penalty.  There is no reasonable doubt of his guilt.  There’s more proof of his guilt than Timothy McVeigh.  The so-called “ISIS flag” is the Black Flag of Muhammad’s Mujahideen.  On it are the words by which Moslems live: “There is no god but Allah and Muhammad is his prophet.”  Democrats say this is not Islamic, that Islam is being unrighteously smeared.  What could be more Islamic than to obey Muhammad’s commandments in the Koran?  Leftists are always quick to invoke the Crusades as a war of evil Christians against peaceful Moslems.  Only the most ignorant people don’t know that the Crusades were mounted to defend the Byzantine Empire from invasion by the Jihad of Turks who had conquered the Arab’s Persian Empire and adopted Islam.  The Jihad was already four centuries old and had raged across North Africa and into Europe.  Only the efforts of the great king of France, Charles Martel, and the brilliant defense of Constantinople by Emperor Leo III saved Europe from being consumed and Christianity destroyed.  Leftists declare that Christians are evil because of the crimes of the Catholic Church under the Inquisition while ignoring the multitude of evil wrought by Muhammad’s Jihad over the centuries.  Becoming Christian does not mean a person will never again do wrong.  But becoming Moslem calls for people to do just that.  When leftists denounce Christians as evil and laud Muhammadans as good ask them – who did Jesus say to kill and who did Muhammad say to kill?  Only the stupidest and most deceitful among will decry the Christ and deny Muhammad’s words.

Jesus called on His people to kill no one, but to be righteous and tell others about Him.  While Muhammad, in contrast, called on his people to kill Christians and Jews and anyone who did not either submit to Islam as slaves of the theocratic state or bow to the oppression of Sharia law as slaves, pay additional tax, and be treated as lesser citizens than the wives of Moslem men.  How many leftists know Muhammad’s life?  Do they know he was driven out of Mecca because he demanded the city’s leaders bow to him or be destroyed?  Do they know he began a terror war on Mecca until he built an army and conquered the city?  Do they know he commanded them to conquer neighboring countries in the same way and force them to submit to Islam as slaves one way or another or kill them?  Islam is the ultimate socialist ideology in which all the people are subject to and submit to the authority of the state.  The people are all forced to undergo brainwashing five times a day to insure they remain enthralled.  No wonder even leftists love it even though they are atheists.  They would gladly use it to their own purposes until they day comes that they, too, are put under the knife.

Egypt: Churches closed by government as prayer treated as a crime

De Blasio in defense of Islam

The myth of post-terror anti-Moslem backlash

We Have an Assimilation Problem, Not a Diversity Problem

Muhammad and his law – Sharia: