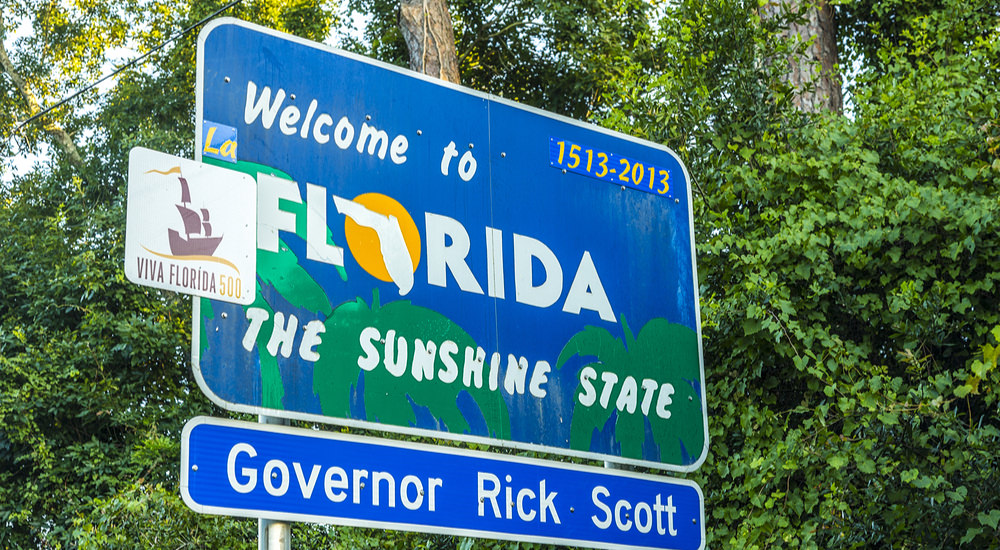 Hurricane Matthew has wrecked havoc on the East coast of Florida. Easily over a million people are without power and at least three lives have already been lost so far. Residents of the coast are in tough shape and our prayers go out to them. Or they at least should.

Yet Hillary Clinton and Democrats don’t seem to care as much about the safety of Florida residents as she does about their vote. The only thing concerning the democrats is that this storm will curtail their shady registration drive efforts.

With her sympathy and empathy on full display, Clinton asked Republican Governor Rick Scott for an extension beyond the normal registration deadline of Tuesday, October 11. Scott denied the request. Scott, by the way, has endorsed The Donald.

To this denial, Florida Democrat hacks penned a letter to Scott saying: “It will be logistically challenging and likely impossible for many who would like to register to vote to be able to do so before the impending deadline on October 11th.” The letter neglected to call him a racist – trying to suppress the minority vote, but I’m sure that will follow.

Upon rejected the request, Scott said: “Everybody has had a lot of time to register. On top of that, we have lots of opportunities to vote: early voting, absentee voting, Election Day. So I don’t intend to make any changes.” Come on governor – they’ve only had four years!

His explanation didn’t satisfy the leftist Twitter trolls as they took to the internet to voice their opinions. Suzanne Kelleher wrote: “This is disgusting. @FLGovScott runs a Super PAC for Trump and this is a conflict of interest. Voter suppression is un-American.”

And there it is. The politicians don’t need use the “S” word (suppression) because their idiot followers will do it for them.

Another wrote: “Rick Scott is a disgusting, shameless, opportunistic human being.”

What they obviously don’t know, and probably wouldn’t care if they did, is that it is doubtful Scott even has the authority to

And why would they care. After witnessing how King Barack has wielded his power unconstitutionally, and what a crook their candidate is, why would any democrat care what “the law” says.

But this whole incident is a bit of the pot calling the kettle black, as “voter suppression” is standard practice for the Democrats.

In 2012, Breitbart posted an article  explaining how the Obama hacks had sued the state of Ohio in an effort not to grant a hardship waiver of three additional days to vote for members of the military. The Commander in Chief attempted to suppress the votes of his own troops. This wasn’t just about registration. This was an attempt at actual voter suppression.

And as we are all well aware – this was certainly not the first attempt of democrats trying to suppress the vote.

Recall the Bush v Gore election in 2000, where Al Gore’s people cherry-picked only certain democrat counties to manually recount. The dems then sent an army of democrat lawyers to descend on Florida in an all-out attempt to disqualify oversees military absentee ballots. In some counties the smarmy democrat attorneys rejected 100% of the military ballots. The lawyers were even given a “cheat sheet,” drafted by democrat lawyer Mark Herron on just how to disqualify military ballots.

“No matter how the Democrats and the media try to spin this, the party has actively sought to suppress the votes of the men and women in the military. The very fact that a memo was circulated, explaining, in detail, how to disqualify military ballots should be enough evidence of the party’s checkered history with military voting,” wrote republican attorney, Tom Bishop.

Maybe before they start spouting off, dopey democrats should learn a little history.