The Rotten Foundation of our Public Schools 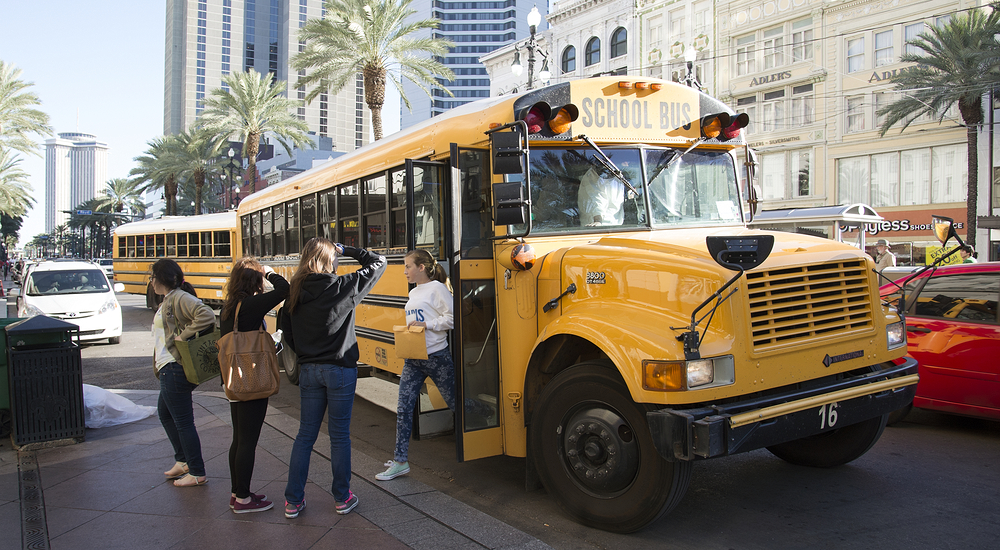 Suppose a contractor was building a house for you and for some strange reason he convinced you to build your house on a garbage dump. The house was supposed to cost $150,000 to build, but the contractor is having problems. Every time he tries to lay his foundations the foundations sink in the earth that has been rotted out by garbage.

So the contractor keeps trying new ways to fortify the earth to hold the foundations. He tries steel rods in the earth. He tries a different kind of concrete. But everything he tries doesn’t work because the garbage dump simply won’t support any foundation he tries to pour. Every time the contractor tries something new, the price of the house escalates. His “experiments” push the price to $350,000. Of course you are getting disgusted and think maybe the problem is a structural one that can’t be fixed — that you’ll never be able to sink a solid foundation on a garbage dump.

The contractor, who doesn’t seem to have a waiting list of other customers, keeps saying if you give him another $100,000, then another $100,000, he is sure he’ll be able to come up with a way to lay your foundation and build your house. But you are bankrupt by now, so you have to walk away from the house.

The same scenario has been running for the past fifty years in our education garbage dumps called public schools. As the education they’re giving our kids gets progressively worse, the edu-crats and Boards of Education keep whining in unison that they don’t have enough money to do a good job, the schools are overcrowded, teachers salaries are too “low,” millions are needed to repair the dilapidated schools, and on and on.

“Just give us more money,” the edu-crats whine. “Look at the condition of our schools. See how overcrowded they are. How do you expect to get good teachers if you don’t pay them more? All we need is more money, more billions. Then we will teach your children better.” It’s the same chant, over and over again. It is one of the favorite excuses spewed out by the educational establishment to rationalize the failure of public schools.

Innovation only comes from the fierce competition of a free market. That’s why our cars, food, and computers, keep improving in quality every year. Every manufacturer who competes for your consumer dollar has to constantly improve his products to convince you to buy from him. Every car or computer maker must prove to you that his product is better, safer, or cheaper than his competitors. The only way he can do this, and maintain your loyalty as a customer year after year, is to live up to his promises. Competition constantly drives the free-market to continually improve quality, competence, and innovation in all the products we buy.

Public schools, in contrast, are government-owned and operated as a monopoly. There is little competition. The schools get their students by force, through compulsory attendance laws. They get their funds by force, through compulsory real estate taxes. If the school is incompetent, it does not go out of business. If the tenured teachers are incompetent, it’s almost impossible to fire them.

Most private schools are expensive. Also, parents who struggle to send their kids to private school still have to pay compulsory real estate taxes to “support” public schools. The average family pays almost forty percent of their income in taxes, leaving little extra for private schools. That’s why most parents can’t afford these schools. The high taxes force both parents into the workforce, making it difficult for one parent to stay at home to home-school their children. As a result, government schools may not have a legal monopoly to educate our kids, but they have a de-facto monopoly, and the educrats know this.

That is why the educrats can experiment on our kids like guinea pigs, trying out every wacko educational theory their teacher colleges dream up. Once such theory was the disastrous “whole-language” reading instruction method that turned millions of kids into illiterates. That is their idea of “innovation.”

The only problem is that their “innovations” are not tested in the crucible of the free market. Parents are not given the right or ability to accept or reject these “innovations” by public-school commissars. If the educrats’ “innovation” doesn’t work, and parents think the school is incompetent, the school doesn’t go out of business.

To cover their embarrassment at the constant failure of these “innovations,” the educrats then blame everyone but themselves. They blame the kids, the parents, “poverty,” or “society.” Or, they say they need more billions of dollars to try a new variation of the “innovation” that didn’t work for the last ten years. Parents can’t take their kids out of these failed schools because they can’t afford the private schools. The free-market can’t punish these public schools for their incompetence and poor results because these schools are an insulated government monopoly and the teachers are protected by tenure.

If government schools ruin children’s education and futures with their failed policies, why give them more billions of dollars? In fact, giving public schools more money to continue their education crimes against our kids would be criminal. It would be like giving more money to a drug addict so he could buy more cocaine and do more damage to his brain.

What matters is what the schools teach, how they teach, and if they are held accountable for what they teach. In government schools, there is no accountability. It is only government institutions like public schools that have the audacity to ask for more billions of dollars the worse they get. In effect, they profit from their incompetence.

But the educrats cannot do otherwise. If they don’t ask for more money, they can’t use money as an excuse, and are admitting failure. If they admit failure, they are admitting the failure of the entire government-school system. Just as the communists in the former Soviet Union could not admit failure, so public-school educrats cannot admit failure. They must make a constant stream of excuses why our children are being turned into illiterates, and why they waste twelve years of our children’s lives. They must constantly ask for more billions of dollars to “improve” the system, even though the government-controlled system is beyond repair.

Here’s one example of the “value” of giving more money to public schools. In 1984, as a result of a desegregation lawsuit and orders from U.S. District Judge Russell Clark, . . . “Kansas City spent $2 billion building the most expensive school system in the world. Beginning teacher salaries rose from a low of $17,000 to a high of $47,851.Fifteen new schools were constructed and 70 had additions or renovations. The luxurious facilities include a planetarium, a vivarium, greenhouses, a model United Nations wired for language translation, radio and television studios, movie editing and screening rooms, swimming pools, a zoo, a farm, a wildland area, a temperature-controlled art gallery, and 15 computers per classroom. Students can study Suzuki violin, animal science, and robotics. Language instruction spans French to Swahili.”

“Despite the extraordinary facilities and massive sums of money, student performance is so low that recently the state had to strip the Kansas City School District of its accreditation. The school district has fewer students and is less integrated that in 1984 when Judge Clark took control of the school district in order to achieve “mathematical racial balance.” (Paul Craig Roberts, The Washington Times, Dec., 9, 1999).

The best thing we can do for our kids is to shut down the public-school garbage dumps permanently, once and for all. Turn every public school into a charter school, as Governor Bobby Lindahl is now doing in Louisiana. Or, let each parent pay for their own child’s education in a low-cost, competent, vibrant, and fiercely competitive free-market education system.