Who is Really Pulling the Strings? 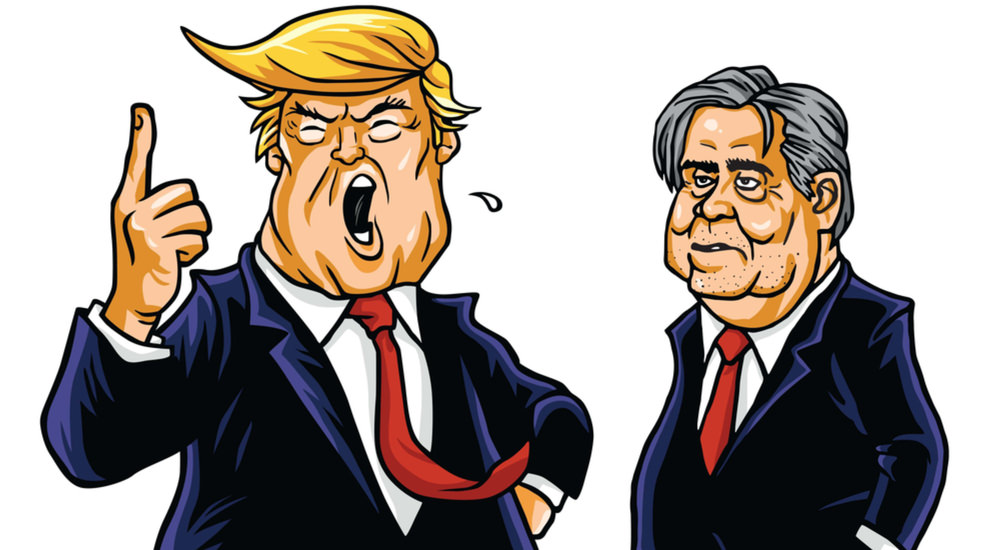 It was easy for Republicans to laugh off the notion that President Trump was letting adviser Steve Bannon pull his strings. After all, Trump is a man who likes to control situations. He walks to the beat of his own drum. He demonstrated a willingness to go against his most trusted allies throughout the campaign. Surely he isn’t being manipulated, right?

With the third week of his presidency opening up and more executive orders expected pretty much daily, reports that Trump wasn’t fully briefed on the order he signed giving Bannon a seat at National Security Council meetings should worry us all. According to Fox News:

Wait a second. Is this implying that Trump wasn’t fully aware of what he was signing? Was he put on the spot in front of cameras before reading the full executive order that essentially puts an old media guy (who, admittedly, was a naval officer) in the room when the nation’s security issues are being addressed? I’m not okay with that.

Nobody voted for Bannon. Our system allows a lot of latitude for the executive branch to operate the way it sees fit, but this is concerning. There has been plenty of leftist outrage over Bannon that I’ve dismissed, but I’m starting to wonder. SNL portrays him as Death and plays like he’s actually the one running the country. Is there some truth to this?

There have been good things that have happened since Trump ascended, but there also seems to be a shadow over much of it. From his travel banning executive order with a sloppy roll out to a strange shift in Trump’s direction with Israel, some of the worst fears of both liberals and “Never Trump” conservatives are already starting to pop up. It’s not farfetched to perceive Bannon’s fingerprints all over this.

It’s time for Trump to assert that he’s in full control. Whatever he’s allowing Bannon to do behind the scenes needs to be addressed. Throughout the campaign, he said he would surround himself with “the best people.” At this point, Bannon wouldn’t seem to qualify as being best for the country.