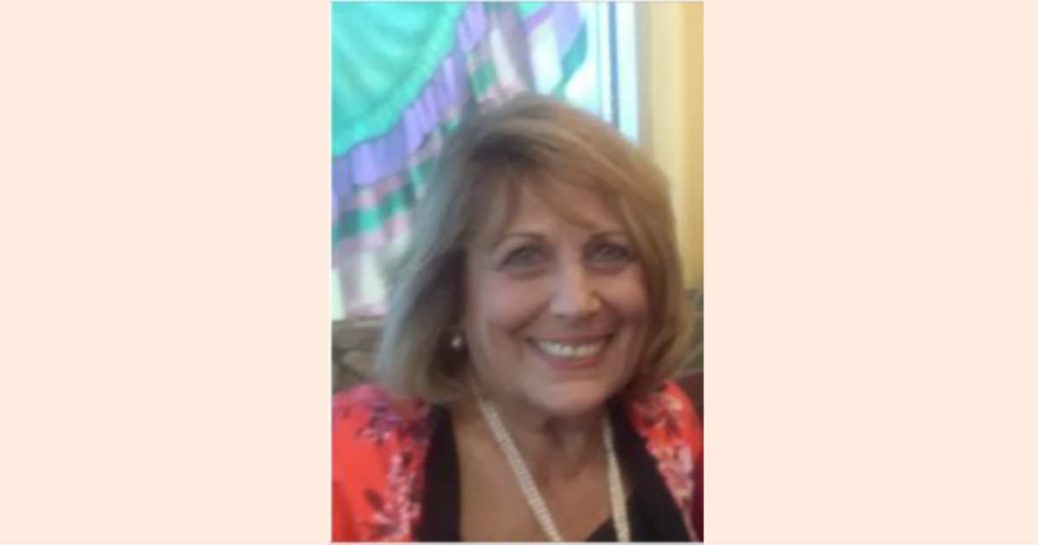 BYRON, CA 2/6/17– She is an ordinary looking woman who would not stand out in a crowd. She is unassuming, quiet and goes about her business without flair. Yet strangers who never met her will approach her on the street to reveal their innermost thoughts. Indeed they feel they MUST talk to her…a woman they had never met, nor did they even know her name.

It is not her beauty even though she is attractive, nor the way she dresses which is simple but tasteful. She does have something within her that cannot escape the attention of everyone who gets even just a glimpse of her….or even sees her in the distance.

Priscilla Martinez is a devoted Christian who carries the earned title, Chaplain. Her love of God is so resilient that it radiates from her, and like a magnet pulls people to her. Here is an extraordinary case of someone being so genuinely filled with The Holy Spirit that people MUST come to her.

That Scripture has also been interpreted to say, “If you lift me up, I will draw all men unto thee.”  In any translation this shows that people will be drawn toward those who lift up Jesus in their hearts and in their lives. And so it is with Chaplain Priscilla Martinez.

One example happened not long ago on a street in Brentwood, California. While walking down the sidewalk a woman crossed to her side of the walk and told her about a friend of hers who was at that moment dying in a hospital (Kaiser-Antioch). Her friend was in the emergency room and asked Chaplain Priscilla (the other woman did not know she was a chaplain) if she would go to see her.

Again, this woman knew nothing about her but felt compelled to go to her on that street. Chaplain Priscilla said, “I will go immediately.” And that she did. She went straight to the emergency room, went inside and could hear the woman screaming as she flailed uncontrollably in her bed. Her distressed family was in the room with her.

When Chaplain Priscilla went in they asked who she was. She told them. Then they asked her why she was there.  “To pray with your mother,” she answered.  A son in the family arrogantly got in Priscilla’s face and said, “And what is that going to do? First of all, we are atheists.” “I was asked to come,” the chaplain stated firmly. The family walked out of the room to the waiting room, leaving Chaplain Priscilla alone with their mother, who was still screaming and flailing.

As this anointed woman of God began to pray for this very ill and agitated patient, she gradually stopped screaming, came to her senses and suddenly was at peace. Chaplain Priscilla stayed only a few more minutes, then took her leave.

Going to the elevator she saw the family in the glassed in waiting room and nodded her head that she was leaving. They immediately got up to go to their mother’s room and to their astonishment, found her comfortable and peaceful.

While Chaplain Priscilla was still waiting for the elevator (God’s timing) the son rushed back out of the room and said to Priscilla, “What shot did they give her?”

“Oh they didn’t give her any shot.”

“Then what happened to her?”

“She got prayed for,” Chaplain Priscilla answered calmly just as the elevator door opened, she got in, the door closed and she was on her way. This certainly gave that atheist family something to think about.

Seeing her success, some would think her life was working out for her because she was raised with privileges without any of the life struggles that most of them encounter. Indeed many non-achievers who have experienced rejection and other difficulties believe this about anyone who is successful.  How wrong they are. Chaplain Priscilla has dealt with struggles like everyone else including the worst kind of heart ache and health problems, probably more than most.

She once had been a very successful real estate agent with high-end properties and had accumulated a sizable nest egg. Her health began to decline, and then, the most heart wrenching of all, her husband committed suicide. Another member of her family had earlier been put on suicide watch. Her savings dwindled to practically nothing. She was devastated.

She began attending a church where I was on the pastoral staff and she gave herself totally to God, became very active in the church and began teaching Bible classes. Something radiated throughout her indicating that she had been set apart for God’s service.

She felt strengthened by the church and enrolled in my chaplain’s training program. After several weeks of course work and joining me on the spur of a moment to take part in crisis situations, the final exercise before being certified was to take place at a military Stand Down. Homeless veterans are bused in to a makeshift army camp set up on a fairgrounds for four days where counseling is provided by the chaplains in training.

She was loved by the veterans and especially related to the women vets. She was limping. When asked about it she fluffed it off saying she would be seeing a doctor when the Stand Down was over. That foot appeared to be very painful during that last day, yet she would go nowhere until that requirement had been fulfilled completely. Then, I would learn later, the next day after the stand down ended, she had surgery on her foot. She is a fiercely dedicated woman.

She became a chaplain for Shepherd’s Gate, a shelter for battered women. She even went to court with them when they were to confront the husband who had mistreated them. Most were terrified of having to face the brutal man they had married. Chaplain Priscilla was right there with each woman and brought such calm to the entire court room that one official stated to her, “We need more people like you in this courtroom.”

When I left California, I put her in charge of the chaplain’s training program. She became a member of His Presence Church in Brentwood (Pastor Felix Golden) where she trained her first chaplains. Her first graduating class brought us 21 new chaplains. I was there to speak and present the certificates. All of her chaplains have full time chaplaincies. One colorful African young woman became the chaplain of…now get this…the wives and families of the Golden State Warriors. They all have been placed.

It took a long time for her to get over the unexpected death of her husband but would much later meet and marry Hector Martinez, a very good man who is so proud of her, watches her fulfill her ministry including weddings, dedications and funerals along with speaking engagements. He supports her totally and watches her in awe as she carries out her duties.

There is so much more to the story of this remarkable woman whom you will never forget from the moment you first meet her. She has expanded the chaplaincy program and added to the curriculum. She is constantly on the go to minister to those who need her. What a blessing she is to everyone she encounters. She is truly a gift from God.